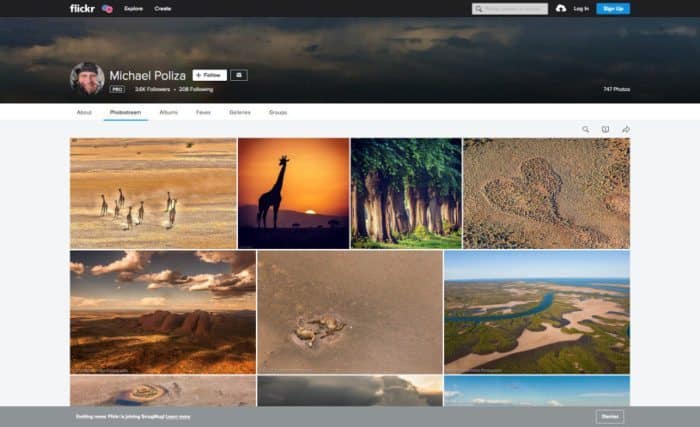 Michael Poliza is a German photographer who became world renowned for his books “Africa”, and “Eyes Over Africa”. His Flickr profile is nothing less than extraordinary, and provides African wildlife photography like no other. Check it out here.

Stunning African wildlife pictures taken from the wild side, not zoos. All the images are from Africa, and were captured over a 25+ year period. In other words, these guys are true professionals who definitely know what they’re talking about. 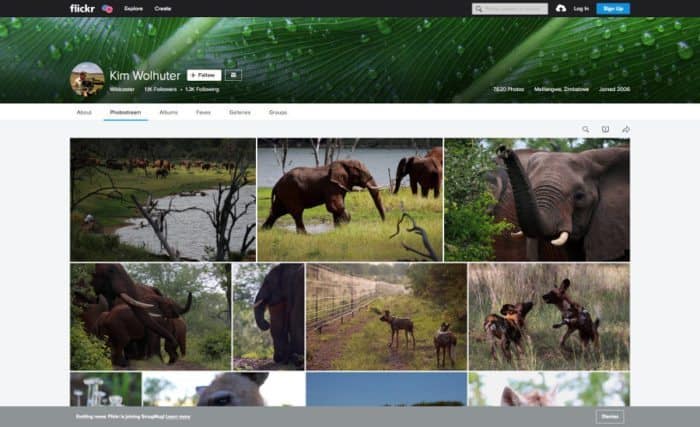 Kim Wolhuter was born in Southern Africa and is now sharing his view of African nature through his camera lens. Professional wildlife filmmaker and photographer who values wildlife awareness and sustainable development.

NB: Seems like Callie’s profile has been discontinued. What a pity! 🙁

Photography by Callie de Wet, based in South Africa. If you’re more of a birder you’ll love this particular profile. 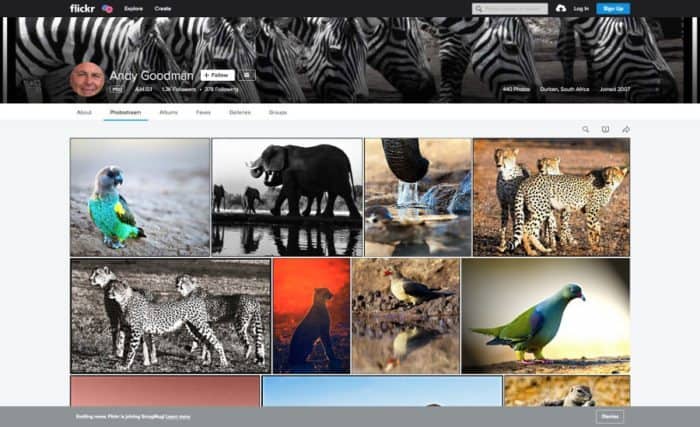 Andy Goodman is a master in animal close-ups, portraits and bird life. From Durban South Africa, this guy is simply a genius. 🙂 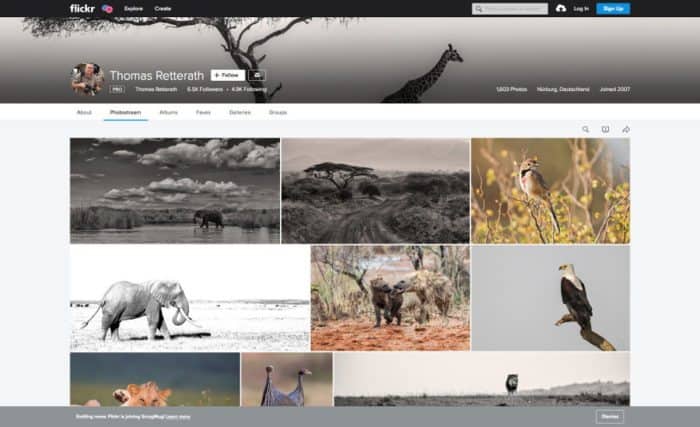 Thomas Retterath is a German photographer who particularly fancies his trips in the Okavango Delta, with a soft spot for wild dogs. 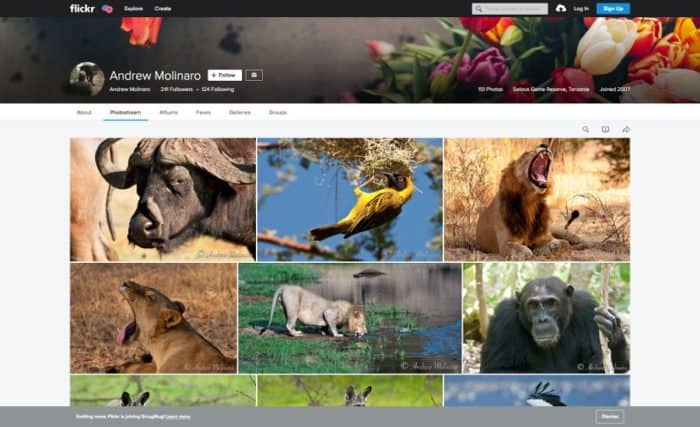 Professional safari guide who grew up in Kenya, now working as a walking guide in Africa’s largest game reserve: the Selous. Incredible sightings, and extreme on foot close-ups with some of Africa’s largest mammals. 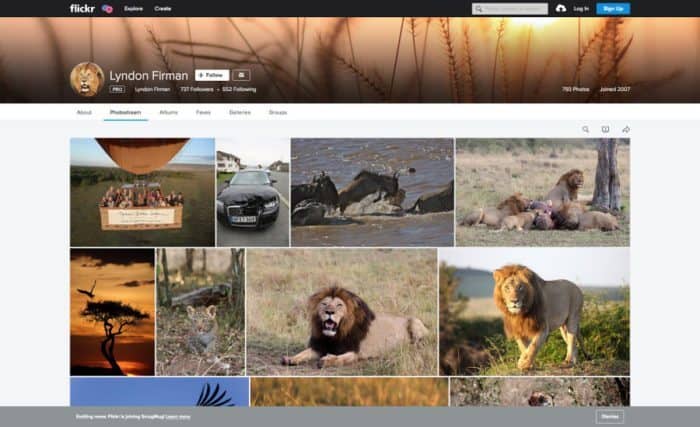 IT Manager sharing his love of the African bushveld with the world. Totally exquisite work! Most of his pics were either taken in the Masai Mara (Kenya), or at Mala Mala in South Africa. 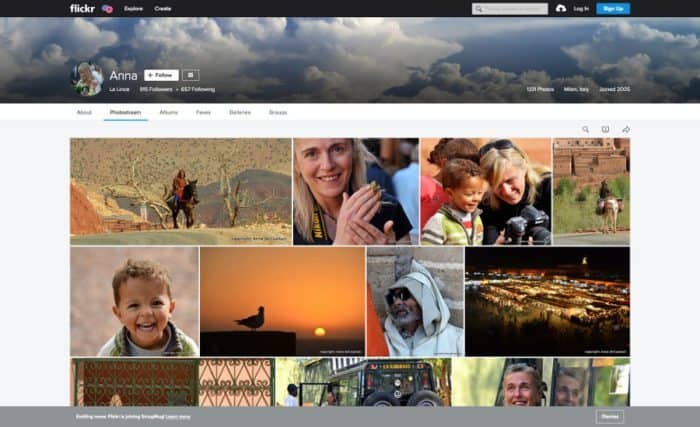 Anna from Milan, totally in love with her camera! 🙂 You can definitely tell. 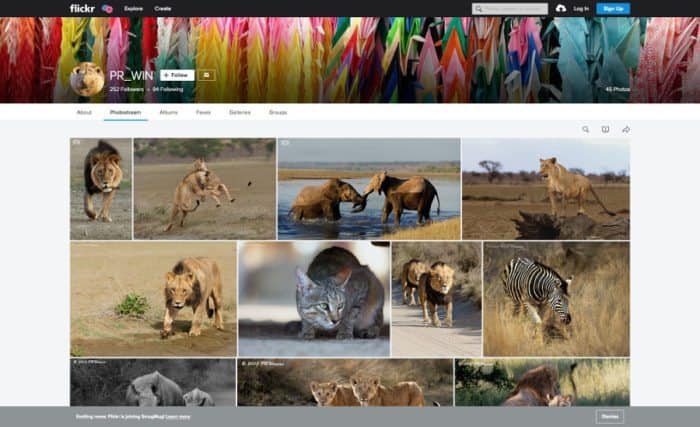 One of my all time favourite profile on Flickr. Peter is a remarkable photographer who resides in Mpumalanga, South Africa. Love the way he captures his interests, especially bird life. Did you see his crocodile pic? One of the best pictures I’ve ever come across! 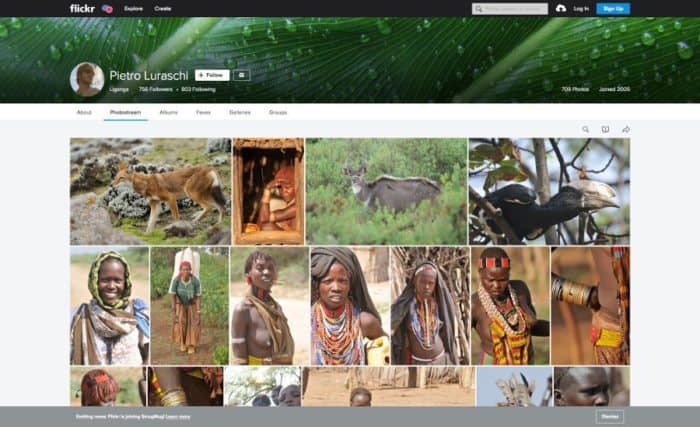 Pietro Luraschi is a safari guide originally from Italy. His photographic style is truly unique, and some of his pics undoubtedly masterpieces. 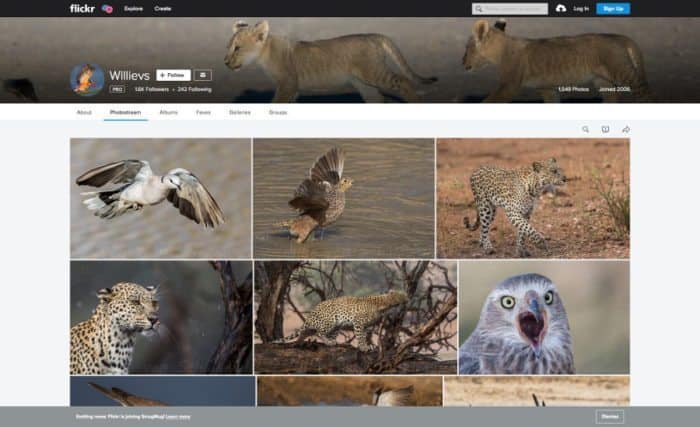 Willie van Schalkwyk, South Africa. An amateur photographer who looks like a pro! 🙂 His wife Gerda is also a keen safari enthusiast, and they often venture together on various photo expeditions. 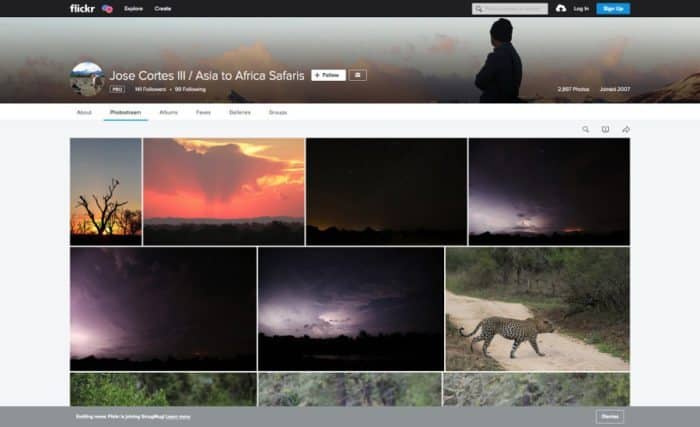 Certainly one of the best Flickr profiles if you’re looking for majestic scenes of the Okavango Delta. 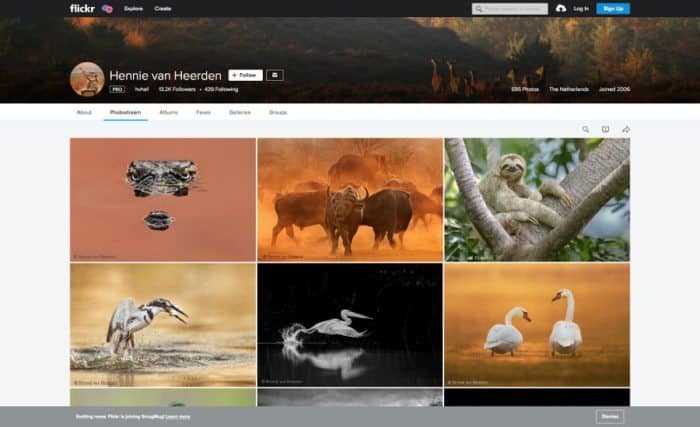 Hennie van Heerden, from The Netherlands. Hennie sees photography as a hobby, yet her work reflects so much more in so many ways. Her pictures have it all: emotions, drama, action… a marvel for the eyes! Although she doesn’t focus her attention entirely on African wildlife, her portrayals of the old continent are absolutely exquisite. Very hard to pick a winner, yet I must admit one of her impala scenes is extra special. Enjoy! 😉 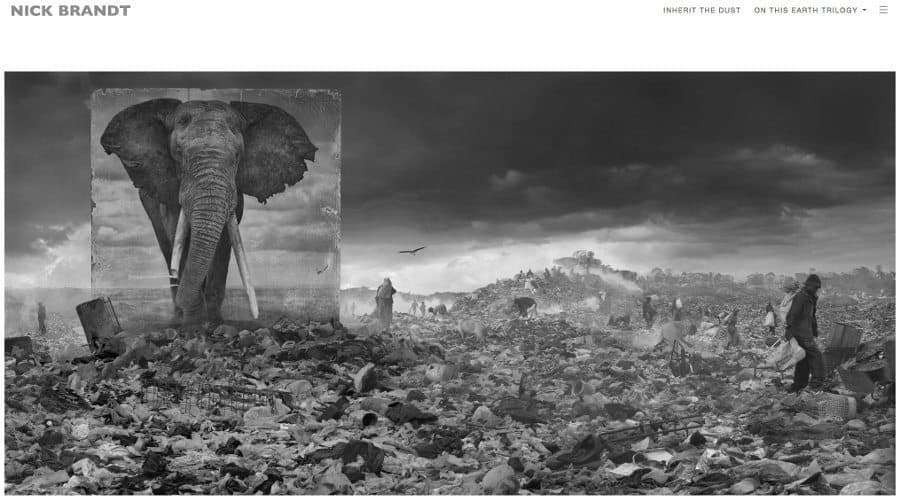 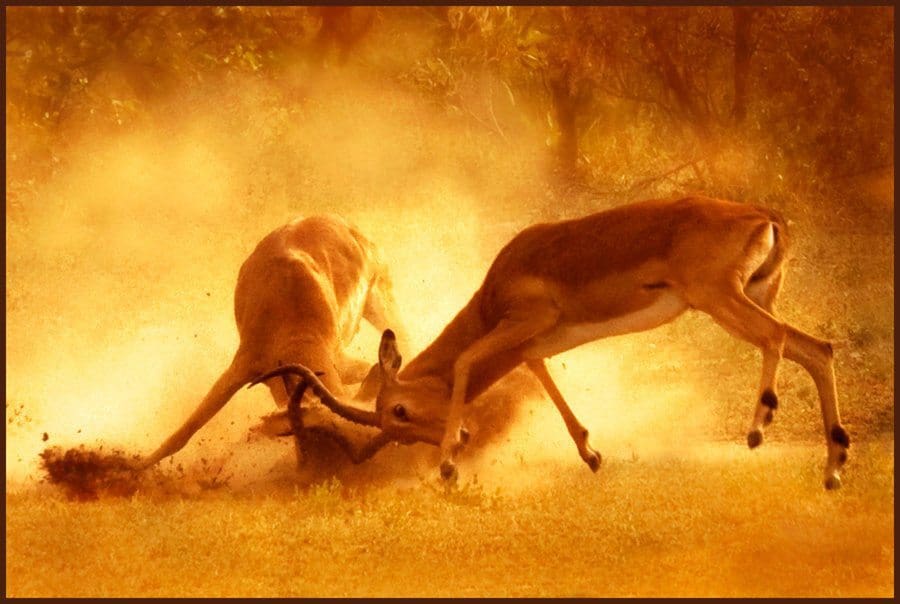 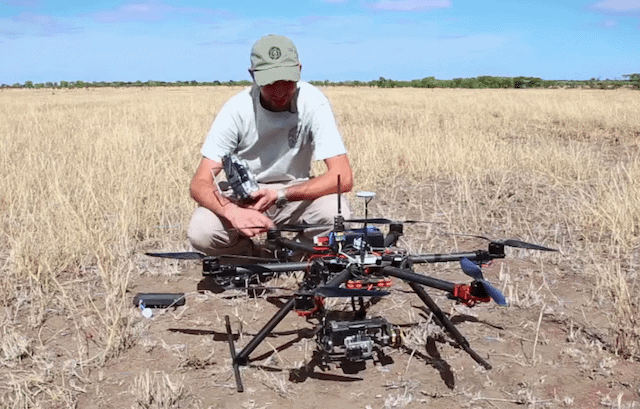