Patience is a virtue, and the following provides evidence of this. In “Day to Night” Wilkes captures special moments in time, then rearranges them into a final piece of layered images.

Day To Night, Serengeti National Park, Tanzania, Africa Last Spring, I traveled to Africa in search of a new location for my next Day To Night. I wanted to capture the passage of time as it related to the animal kingdom, and Africa’s incredible landscape. I scoured the park with my assistants and our guides, hoping for a vantage point rare to the human eye. As we drove along a long dirt path, I noticed an abundance of greenery in the distance. It was a watering hole— and as Tanzania was in week five of an unprecedented drought, this proved to be rather incredible. As I would learn in the coming days, animals of all kinds would flock to the spot, eager to share this one precious resource peacefully. In order to capture as much as I was able, my assistants and I had to hide behind a crocodile blind for 27 hours, taking in the incredible beauty of the Serengeti. It was the most grueling and rewarding experience of my life. #Africa #Serengeti #StephenWilkes #DayToNight #Tanzania

The above picture is the result of close to 30 consecutive hours of photography, taken in the Seronera area in Tanzania. On average, Stephen spends between 16 and 30 hours in the field, and a single image of his series requires at least 1500 frames captured by manual shutter clicks. For this particular scene he produced 2200 frames, out of which only 50 were puzzled together to create an incredible spectacle!

“There’s such a beautiful message in this photograph,” he explains to National Geographic. “The animals essentially were starved for water, and they all shared. I watched them for 26 hours [as they] literally all [took] turns drinking, bathing in this single resource. And they never so much as even grunted at each other. You realize the animals really get it. And we have really yet to understand the idea of water [as] a shared resource.”

To get results of this quality is not easy. It demands a great dose of patience and precision. “I look at a single place in a grid,” he adds. “And then I decide where day begins and night ends.” “My eye moves through the scene based on time. My focus changes based on where time is.”

Here’s a couple more pics he took at the waterhole. Perched on an 18 feet platform, Stephen and his two assistants were hidden behind a crocodile blind.

The sacred resource attracted large gatherings of thirsty animals. Whether it be elephants, zebra, wildebeest…

A detailed view of one very small portion of my Day To Night of Serengeti National Park, Tanzania, Africa. When I decided to go to Africa last spring for my next Day To Night, I knew I had an incredible challenge ahead of me. How would I capture the changing of time with wild animals instead of my usual focus on a more human element? Photographing people is predictable, we’re likeminded, creatures of habit. In capturing the varied species of the Serengeti, I knew I’d be relying more heavily than I’d like to on luck. This became even more true when I arrived to learn Tanzania was in the midst of a five-week drought, meaning the migration patterns were even more unpredictable than usual. After weeks of scouting, I discovered a massive watering hole which I decided on for the final location of the image. I would remain with my assistants @ctjanjic & @brybit hidden in a crocodile blind for 26 consecutive hours, capturing these incredible species coming together to share this one sacred resource. Follow along as I share more detailed images from one of the most involved Day To Night images yet, and find the National Geographic article on this image and the process behind shooting a Day To Night in the link in my bio. #Serengeti #NatGeo #Zebra #Africa #DayToNight #StephenWilkes

… and even a family of banded mongoose! 🙂

A small portion of my Day To Night of Serengeti National Park. What amazed me the most about the Serengeti was the diversity. A five hundred pound Wildebeest wandering next to a family of Banded Mongoose, both equally reliant on the watering hole that they all traveled to find. No matter their size, whether carnivore, herbivore, young, or old, they all relied on this one pool of water—none more deserving than the next. And the most incredible thing was that they seemed to be innately aware of this fact, perhaps even more so than man. #Serengeti #Tanzania #Africa #DayToNight #StephenWilkes #NatGeo 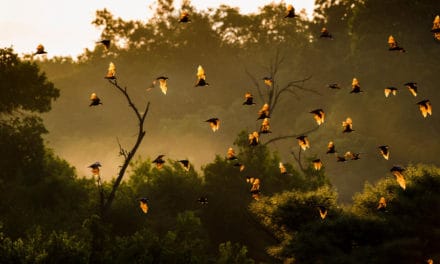 Top 10 most elegant antelope in Africa

The revenge of the leopard 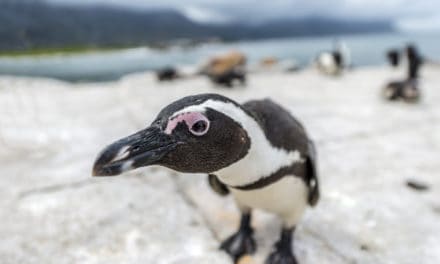 The African penguin story – Where, what and why