South Africa is a country rich in history and culture, containing some of the world’s oldest archaeological sites.

It has accumulated a series of myths and legends over the years to reflect the country’s personality.

Due to the number of civilisations which inhabit South Africa, there are an endless variety of stories to be told, from Zulu mythology to the San religion.

Take a look at some of South Africa’s most well-known myths and legends.

Legend has it that the 18th century sea captain, Jan Van Hunks, decided to retire and live on Table Mountain with his wife. Every day Van Hunks would climb to the top of the mountain to smoke his pipe and admire the beautiful views.

One day, Van Hunks climbed to his usual smoking spot and was surprised to see a strange man already sat there, smoking a pipe; the stranger challenged Van Hunks to a smoking contest, which he gladly agreed to.

Van Hunks was victorious in the competition, much to the stranger’s dismay – and who else should this stranger turn out to be than the devil? Angry for losing, the devil vanished, taking Van Hunks along with him.

Today there is a thick cloud that hangs above Table Mountain, which is said to be left over from Van Hunk’s and the devil’s smoking contest. 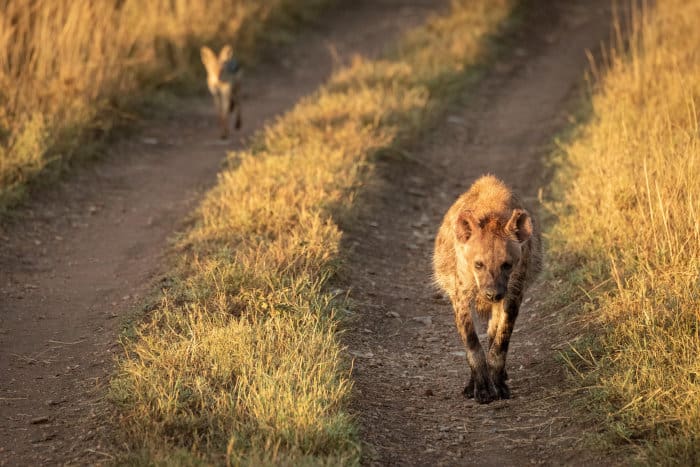 One day, a hungry hyena came across a fork in the road, with two separate paths each leading to two goats caught in the thickets.

However, as the paths grew further away from each other, the hyena was eventually split in half.

Two roads overcame the hyena is a well-known African proverb, meant to encourage people to choose a path and commit to it – otherwise they will be stretched too thin, like the poor hyena!

The myth of Ga-Gorib originates from the San religion, which consist of the various indigenous hunters of South Africa.

The Ga-Gorib is a beast who attempts to lure people into its pit by tricking them to throw rocks at it. However, the stones always bounce back from the creature’s hide, and the caster falls into the pit.

When Heitsi-eibib – the hero of the story – meets the beast, he refuses to throw a stone, and instead waits until Ga-Gorib’s back is turned.

When Ga-Gorib isn’t looking, Heitsi-ebib casts his rock, sending the beast tumbling into its own pit.

Ga-Gorib means “the spotted one”, which could refer to a leopard or cheetah, which are known for their cunningness in other legendary tales.

Amy Labbadia is an editorial assistant for the luxury tour operator Wanderforth.