How Did Lemurs Get to Madagascar?

Lemurs arrived in Madagascar around 62 to 65 million years ago by rafting on mats of vegetation at a time when ocean currents favored oceanic dispersal to the island.

Focus On the Ringtail

1. The Ringtail is the national lemur of Madagascar, and the most recognizable due to its long striped tail.

2. Highly sociable, they live in groups known as troops.

3. Found mainly in the south of Madagascar.

4. Fruit makes up the greater part of the diet, but Ringtails also eat leaves, flowers, tree bark and sap.

At least 17 extinct species of lemur and 8 genera have become extinct in the 2000 years since humans first arrived in Madagascar.

Deforestation and hunting pose a major threat to the island’s remaining lemur species.

In 1927 the Malagasy government declared all lemurs as “protected” by establishing protected areas and National Parks.

The presence of lemurs in National Parks helps drive ecotourism, which helps local communities and contributes funds to the maintenance of the reserves.

Lemurs are highly intelligent creatures. They’re able to learn patterns and can even complete tasks that are too complex for apes and monkeys.

Many Malagasy people believe that the Aye Aye lemur is evil and a symbol of death. In reality, it is just an antisocial, nocturnal creature that wants to be left alone!

In July 2012, a new species of lemur was discovered. The species, thus far unnamed, was discovered by Peter Kappeler and his team from the German Primate Center.

These wonderful infographics were originally designed by Rainbow Tours, a specialist in tailor-made luxury holidays and tours. 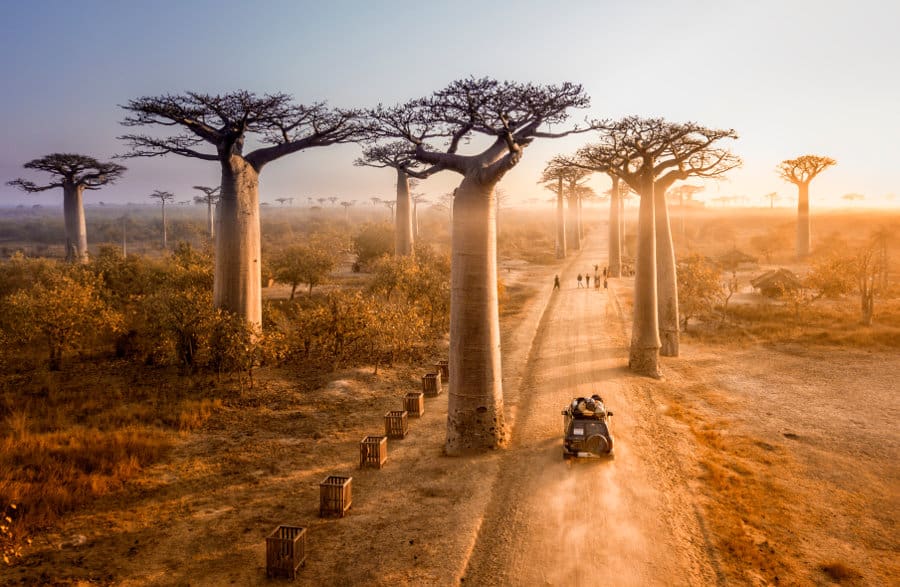