Top “spots” for the African leopard

While African leopards are by no means restricted to national parks and game reserves, Sabi Sands is one of the top spots to watch them in their natural habitat. The area is home to some of the highest leopard densities in Africa, and is renowned for its decidedly skilled trackers who can read the signs of the wild like no other.

The most ideal Sabi Sands spot is known as Londolozi. Londolozi lodges are absolutely exquisite, and over the years leopards have become habituated to vehicles. They are very relaxed and can be approached from close range.

Out of all the national parks and game reserves ever visited, it is by far my favourite spot for leopard sightings. The setting is breathtaking, and the riverine area allows impressive game viewing not only for leopards but also animals of all shapes and sizes.

South Luangwa National Park is especially famous for its night drives. Since most big cats are active at night, the park offers the best chances to view leopards after dark.

On one occasion, I was able to spot two leopards in a single day. While the first sighting occurred during an early game drive (lone female lying beside a waterhole), the second happened at night, thanks to our tracker’s spotlight.

On the second encounter, the animal was initially 200 meters away from the 4×4. Our ranger noticed it because leopard eyes, he said, “shine differently”. The cat was heading in our direction, so we stopped the engine and waited patiently.

After about ten minutes of silent waiting, the animal calmly leaped over the road right in front of the car. It then sniffed a bush or two, briefly marking its territory, then eventually ventured off in the thickets. A M A Z I N G! 🙂

The Okavango Delta offers ideal leopard habitat. The most famous area lies in the Moremi Game Reserve, especially around Mombo Camp. This magnificent setting has starred a few famous animal documentaries, including the “Eye of the Leopard” filmed by Dereck and Beverly Joubert.

The Masai Mara is another fabulous destination for leopard lovers, and a local favourite for BBC’s “Big Cat Diary” episodes. The most suitable area lies along the Talek River, near Mara Intrepids Tented Camp.

Game viewing is great all year round here, though your chances of seeing African leopards might be even greater during the Great Wildebeest Migration (between mid August and early November).

The park is not only world-renowned for its “Endless Plains”. It is also leopard paradise as they are almost spotted daily. Seronera’s only negative aspect is its overcrowding during high season, making it less pleasant for quality game viewing.

The area actually reminds me of Nairobi National Park at times, where it is not uncommon to find over 20 vehicles next to an animal of interest. While it becomes easier to find animals this way, it is a lot less exciting.

Up close and personal with meerkats

Funny: Lowland gorillas chasing each other around a tree 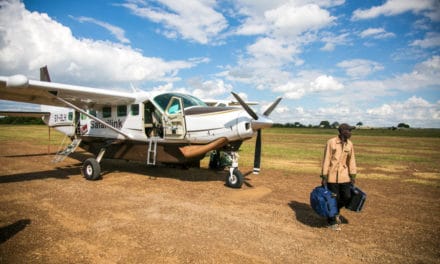 What is the best safari luggage and why?