Blasting an animal in the face with a burning chilli solution 50 times hotter than tabasco may not seem like the best way of keeping that animal alive – but that is exactly what a group of conservationists are doing to elephants in Chirundu, Zimbabwe, as they fight to save the tusked creatures from state rangers.

On Zimbabwe’s northern border with Zambia exists a bountiful range of rubbish dumps full to the brim with badly-disposed-of food. The dumps sit right next to Chirundu’s houses and are a big draw for marauding elephants looking for a tasty snack.

But residents on the border have discovered that having a herd of hungry elephants in their village is rather more menacing than they first thought. Following a spate of house raids and the destruction of one home’s roof, “Rogue elephant” Hop-A-Long was given three days to leave Chirundu for good – or face being put down by state rangers.

Aaron Young is working on the project to protect Hop-A-Long and his elephant friends from euthanasia and told News24 that the elephants were eschewing their usual migratory habits to stick around and graze through the bins of Chirundu instead.

“There were three bulls and two migrant herds getting stuck in town,” Young says. “The adults were teaching their young that it wasn’t worth migrating. It was as if they were saying: ‘hey, if you hang around here, there’s food.’ The elephants were getting into the same pattern of behaviour from as young as 15 months.”

Young decided to team up with local fishing lodge owner Nic Coetzee to save the animals and keep them away from the rangers. Together they developed the extraordinary gun, which shoots concentrated chilli oil. The idea is that the spicy encounter will teach elephants to stay away from urban areas.

Young explained to News24 how the project unfolded:

Young and Coetzee decided that they needed to create a “virtual barrier” round the town. Once an elephant crosses the barrier, he is “shot” with the chilli gun.

“We take a first, second, even a third shot: the closer the better. We usually fire from seven to eight metres away,” Young says. The elephant’s head is the target.

“You’ve really got to put the wind up the elephant. You’ve got to create a little bit of fear. It’s not nice, but it’s better than the bullet,” Young says.

Hop-A-Long, who’d hung around Chirundu for the past two decades, got the message pretty quickly. But it soon became clear that the chilli gun project had to be a long-term course of action.

“We realised that once Hop-A-Long and the other bulls moved out of town for a few days they were quickly replaced by a new group of young bulls who wanted to take their place,” Young says. “On my first night patrol we noticed the town was packed with elephants.”

It’s tiring work. A shift patrolling the virtual barrier can last up to 19 hours. But the success of the project is seen today in the fact that Hop-A-Long has not been shot by rangers. His fellow trespassers – Chilli Boy, Doughnut and others – are also still alive.

“We’ve not had one elephant shot since we started,” Young says.

Best of all, the elephants seem to understand that Young and Coetzee are trying to help them. Even if the chilli oil does hurt.

Last month Young was at Coetzee’s fishing lodge with family members. The vehicle used for chilli gun patrols was clearly visible and would have been instantly recognised by the town’s elephants.

Wonderfully, the elephants walked calmly into the camp with their calves to visit.

“They don’t hate me. They understand,” Young says. 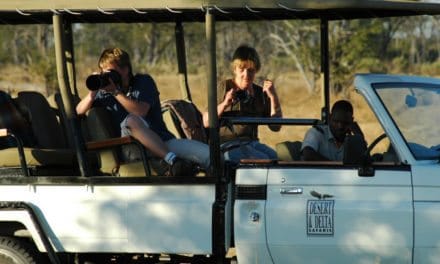 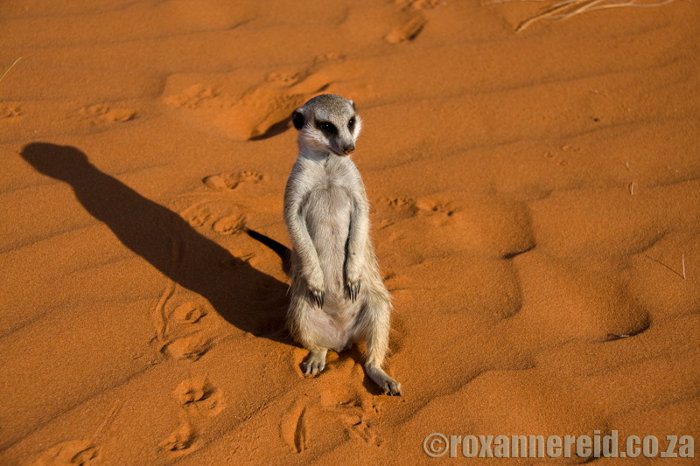 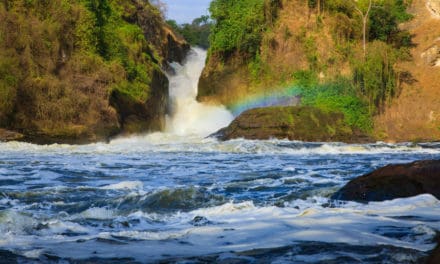 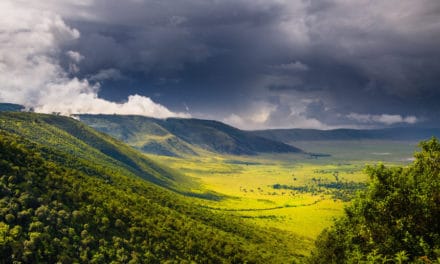 Ngorongoro Crater – How to safari in a wildlife utopia