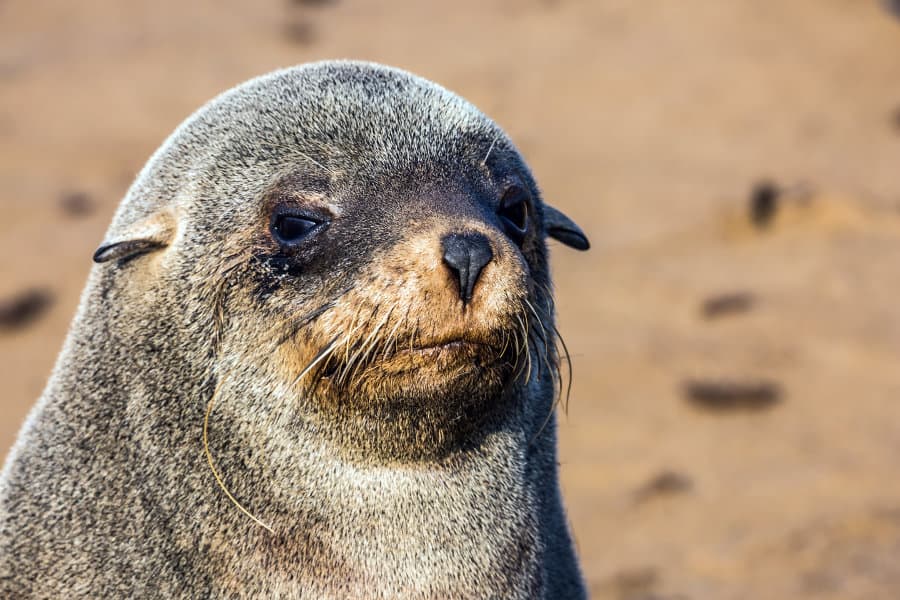 “More seals breed at Cape Cross than anywhere else in the world,” says Job Kamati, a ranger at the Cape Cross Seal Reserve in Namibia. When approaching the enormous, honking mass of seals, the truth of his words rings loud and clear.

Hundreds of thousands of seals lounge on the rocks that lie before the shore. It’s a sight to behold – and a smell to be reckoned with; their diet of raw seafood paints the area with a potent stench.

The noise is not insignificant, either. Yet there’s something incredibly unique and awe-inspiring about the reserve. It plunges you into the heart of one of nature’s greatest spectacles and stimulates all of the senses. Making it a novel, Namibian safari experience that you really ought not to miss.

This post explores some of its facts and fascinating histories, as well as how and when to visit the reserve for yourself.

Here’s a video that conveys the sheer scale of the colony more potently. However, the full Cape Cross experience is hard to capture. So you should certainly visit for yourself if you’re traveling to Namibia.

Where is the Cape Cross Seal Colony Located? 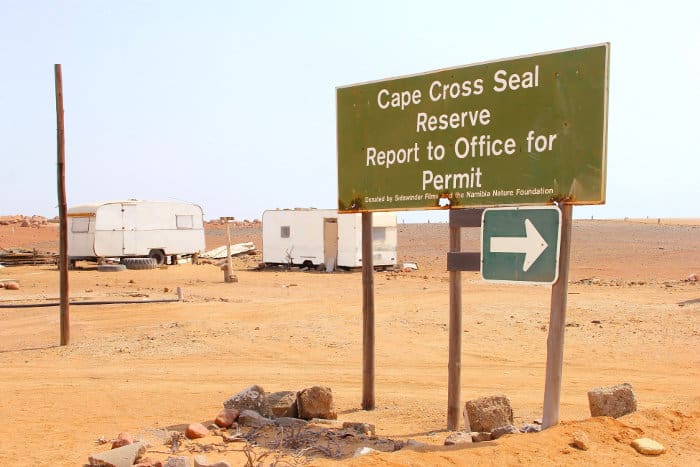 The Skeleton Coast is a harsh and unforgiving place, where the desert meets the ocean. Yet it’s incredibly beautiful, with a flair for the dramatic elements of nature. And the Cape Cross colony is just one of the many natural marvels it offers.

The reserve is close to the cities of Henties Bay and Swakopmund, which are both popular holiday destinations. Each one offers a range of desert adventures and ocean experiences, as well as plenty of accommodation options.

The journey from Swakopmund to Cape Cross is around 1.5 hours, while from Henties Bay, the drive is around 45 minutes.

A Brief History of the Cape Cross Seal Colony 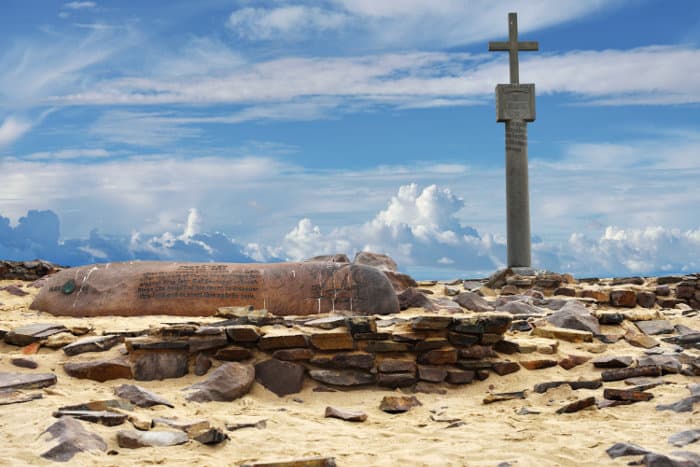 The first official visit to Cape Cross was in 1486. Diogo Cão, a famous Portuguese sailor, erected a “padrao” (stone cross) and established a claim to the territory on this desolate coast.

However, the history of the coast’s seals likely extends far beyond the earliest European explorers. Based on ancient rock art in the region, it seems that the seals have called the area home for many centuries. The indigenous San people of old likely hunted these seals and fished in the icy waters.

However, it wasn’t until 1884 that humans first officially recorded sightings of Cape fur seals off the coast of Southern Africa.

The first settlers arrived at Cape Cross in 1895 in pursuit of a peculiar commodity. So, for what riches did they leave the comforts of home and travel to the notoriously harsh Skeleton Coast?

Believe it or not, they came to extract “guano“, the droppings of fish-eating birds. They shipped the guano back to Europe, where it was used as a sought-after fertilizer.

Sadly, seal pelts were also a valuable export at the time and remain so to this day. It wasn’t until 1968 that the country established the reserve to protect the area and its wildlife. But that hasn’t prevented mass culling of the Cape Cross seals. 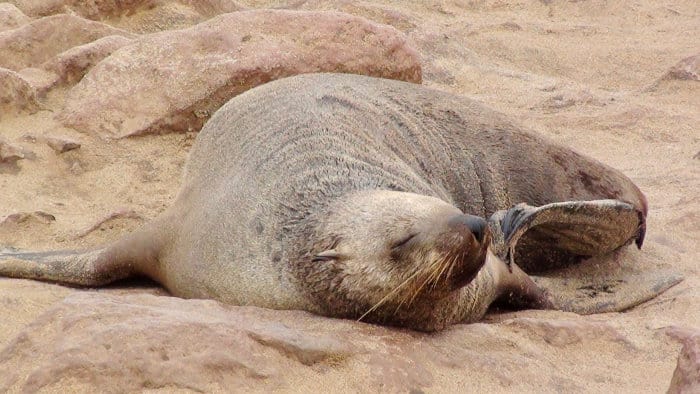 The culling of seals at Cape Cross has stirred controversy among conservationists and locals. Some believe that the seals have a significant impact on the local fishing industry – claiming that they take too much of the fish for themselves.

This has made the site one of the only places in Namibia where the culling of thousands of seals happens annually. While hunters sell their pelts for profit.

On the other hand, some conservationists claim that the seals have a negligible impact on human fishing efforts. They believe that the culling is senseless and unfounded.

In any case, it’s a sad reality – at least for now. 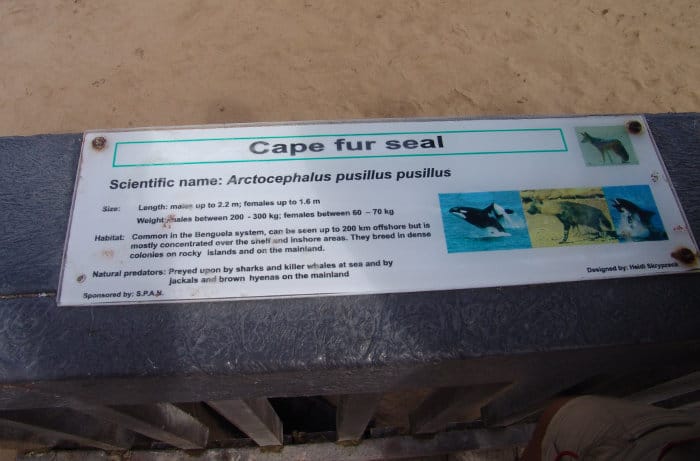 The species of seal you’ll find at Cape Cross is the Cape fur seal; the largest of the nine fur seal species. They’re curious creatures and cute, too. Here are some facts to help you get acquainted with them.

When to Visit the Cape Fur Seal Colony 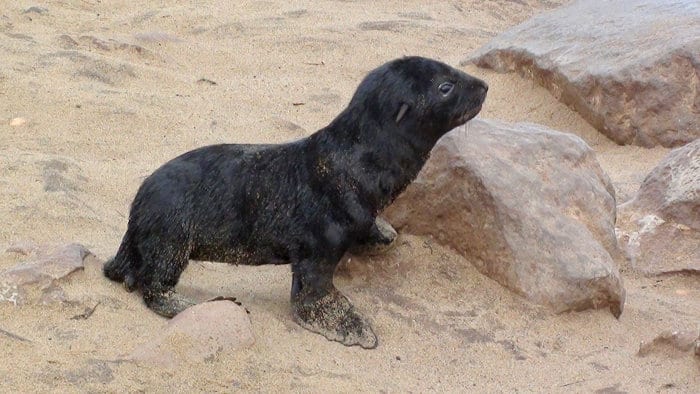 You’ll be able to see seals at the colony throughout the year. But for the full spectacle, you should visit during the breeding season (November and December). This is when males and females flock to the reserve to fight for territory and breeding rights.

The males arrive first and brawl one another to secure their ground. Those who are successful earn themselves a large harem of females for the mating season. 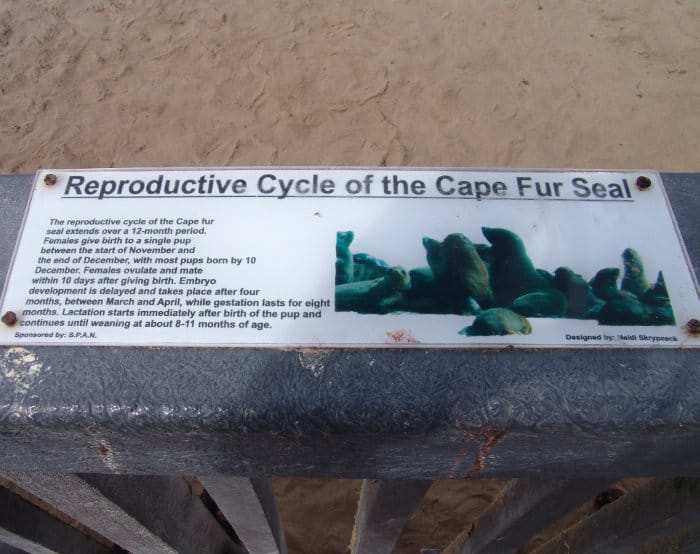 When the females arrive, they’re heavily pregnant from the previous year. So, naturally, pups follow shortly after their arrival.

It’s worth considering a slightly later visit if you’re hoping to catch some sightings of seal pups. They’re undeniably adorable – and are a stunning sight for those visiting between December and June. 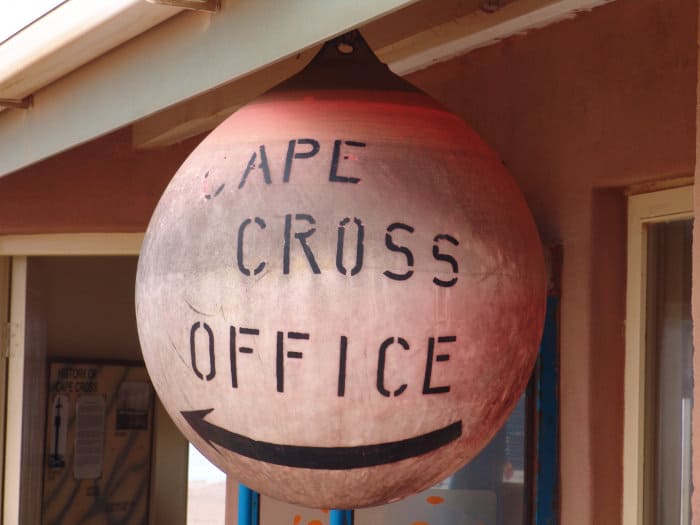 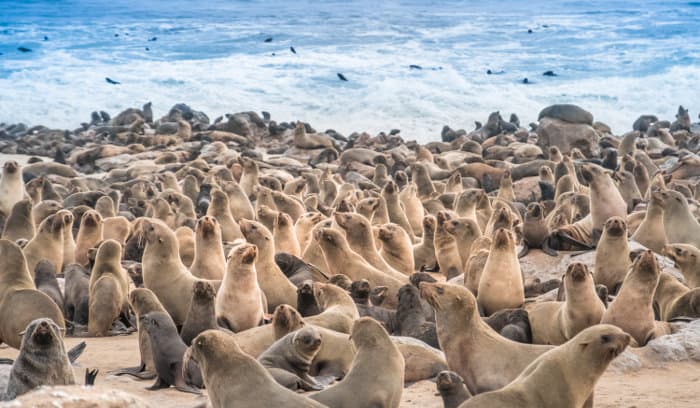 Cape Cross Seal Reserve is a powerful place. It’s home to a staggering display of wildlife, a wealth of history, and a strong dose of controversy. It opens your eyes to a different side of Africa – a side that isn’t at the forefront of our minds. Yet, as usual, the continent shows us how full of life, intrigue, and drama it truly is.

So, if you find yourself on Namibia’s coast, make a stop at Cape Cross. It’s an experience you’ll never forget.

Looking to explore wild Africa in the flesh? Consider booking a tailor-made safari to get the most out of your adventure. 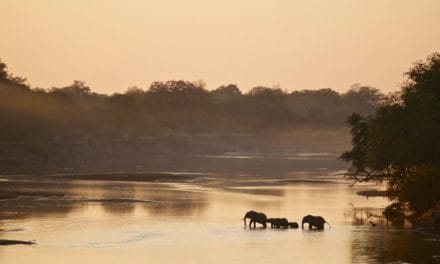 Story of the lemur 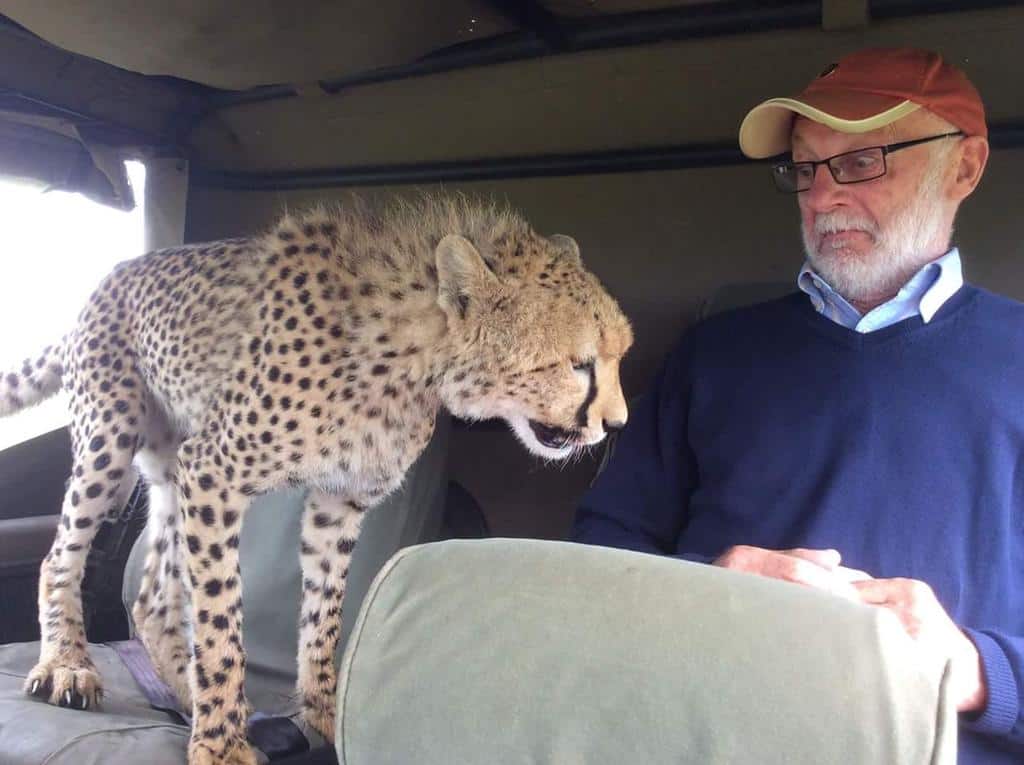 8 African wildlife pics that will knock your socks off