Some travellers like to do countries, thinking they can be conquered or achieved. You can’t do Africa, nor is Africa simply a holiday. It’s always something more. This is a continent you connect with and the experience is shared.

You take something incredibly personal away from Africa. And this magical continent takes something back from you.

Safari and tourism have nurtured a greater understanding of the wilderness and how it can be preserved. By contributing money and time, a little bit of yourself is conserving the wild into future centuries. 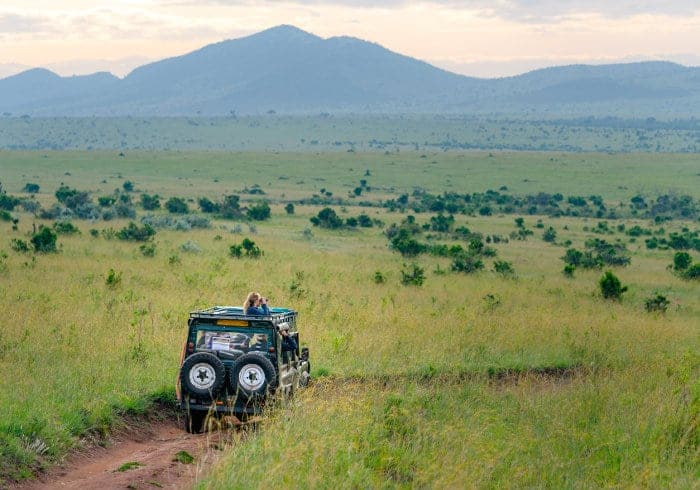 But they are not and that is mostly thanks to safari tourism. All landscapes must pay their way and safari is a means to create funds that can support conservation. By contributing park fees and other conservation fees, visitors are helping to keep Africa’s wildernesses alive.

Different countries have different approaches to conservation. In Botswana they follow a mantra that less people paying more for safari is best, so they follow a private concession approach, with private operators leasing the land at a large price.

Kenya’s parks mostly charge dependent on their size, so the Masai Mara and Amboseli receive more off each visitor. With every safari you’re paying a direct conservation fee to access the landscape.

In addition, your lodge or camp will be paying a set fee for every night you spend, a fee that is passed on as part of the cost of your safari.

Your Money is Enabling Conservation 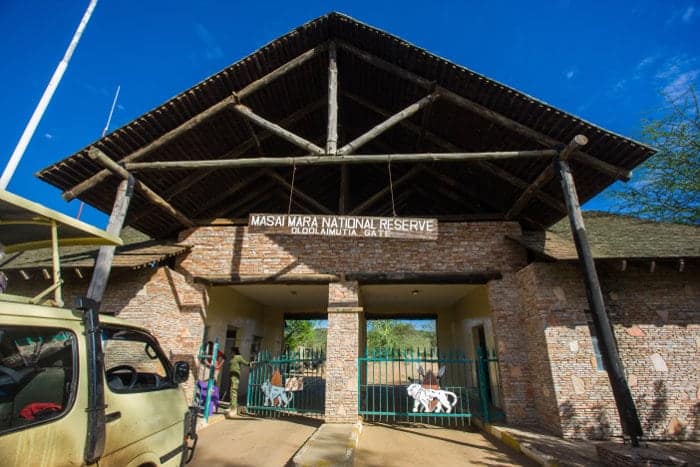 Conservation is working. Rhino and gorilla numbers are increasing. A greater proportion of Africa is now designated as a protected area. This is in contrast to the global trend, seen in an example like the devastation of the Borneo rainforests. By setting off on a safari you’re contributing to the greater good.

You may think that safari is an expensive experience but a large proportion of what you pay is going directly towards preserving the wild. Without safari it is shuddering to think what may have happened to Africa’s wildernesses, especially given how 19th-century colonialists ripped up native habitat to make plantations.

Many people are put off by the costs of a safari. For example, a budget trip on Tanzania’s Northern Circuit will cost $250 per person per day. That sounds like a lot but consider that you’ll be paying $150 per day in park fees just to enter and camp in the Serengeti. Some people complain that this is too much.

But imagine how the landscape would suffer if the total costs of a safari were only $50 per day. More people would mean more interruption and a less than pristine land.

And while safari may initially seem expensive, nobody has been to Africa and not thought it was worth it. Coming face to face with the greatest animals that walk the earth is an experience that can’t be quantified into currency. 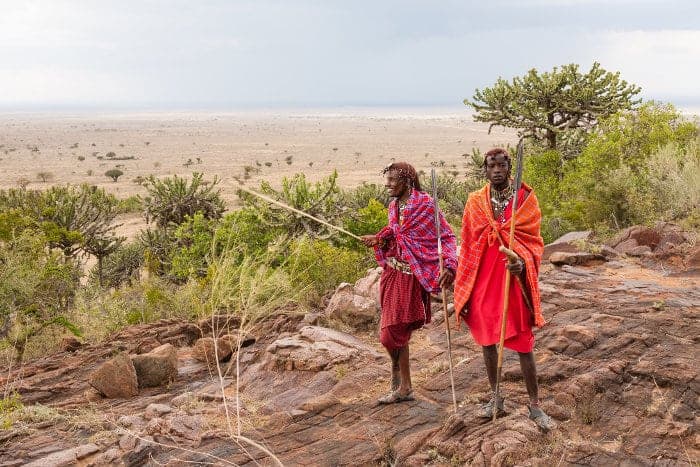 Indigenous tribes have promoted conservation since the first time man came into proximity with wild animals. All across Africa tribes have never taken more than they needed.

So while hunter gatherers used to thrive, they never killed animals on a scale that would produce profit. Many tribes competed for resources with wildlife, yet they became self-sufficient without moving to mass scale farming that colonial forces employed.

Of course, there are famous tales of the Masai becoming warriors by killing a lion. Traditional hunting was and is part of many cultures yet the Masai wouldn’t kill every lion.

A hunt was a ceremonial and dangerous practice and would only target male lions, usually older and larger males that are replaceable in the ecosystem.

Throughout the centuries and without any formal network, local tribes have helped preserve the wild. They have fought for the lands, worshipped what it provides, and become part of its rhythm. Even areas set aside as royal hunting grounds were protected as places where nature could thrive.

We have much to thank the forefathers of the African landscape. Just look what happened to the wildernesses of America, where in two centuries of white settlement the bison population went from more than 30 million to 1000. 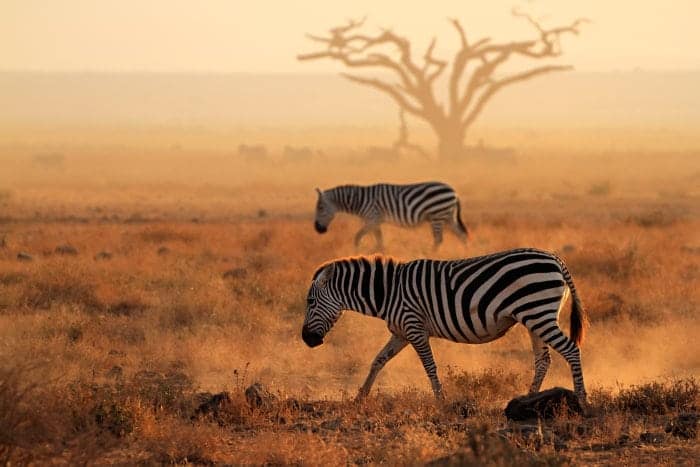 Conservation requires passionate communities and we should all be thankful that Africa’s tribes promoted a harmony between man and the wild. While communities have been forced to adapt to the 21st-century world, traditional practices remain paramount.

By meeting with communities, however touristic the experience seems, you’re providing a vote to keep treasured knowledge and ancient skills alive.

Although there are many arguments that not enough conservation money is funnelled down to local communities, safari tourism is helping provide some funds to indigenous locals.

And through guides, trackers, game rangers and communities, safari helps celebrate so many ancient skills.

There are some wonderful grounds for optimism as well. Local communities are becoming stakeholders in private concessions. Now they are using their traditional lands as a direct means of bringing in money to develop community.

Kenya is a great example, with concessions around the Masai Mara and Chyulu showing how traditional community and safari can work hand in hand. Hopefully this trend will continue in the future, and by supporting communities through safari tourism, the legacy of indigenous tribes will be fully realized. 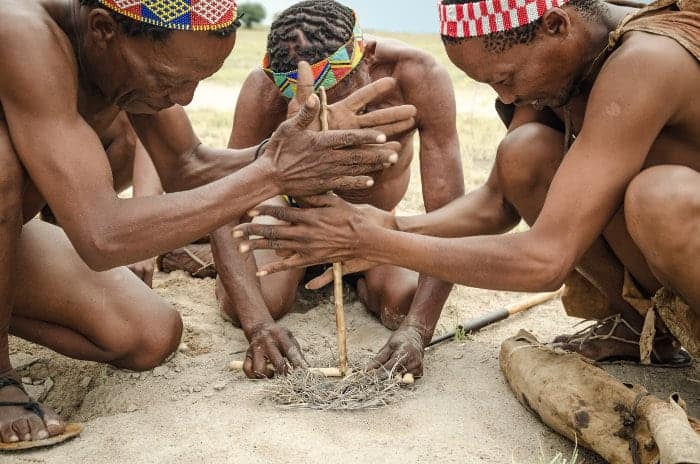 Africa teaches you. It changes you. Just because a man cannot read and write doesn’t mean he is stupid. If that was true, you would be considered stupid because you can’t track a Thomson’s gazelle on foot across 2000 square kilometres of savannah.

Just because modern inventions like electricity aren’t always widespread, doesn’t mean a community isn’t highly developed. Western definitions of education are linear. In Africa education can be something else, like building a house from elephant dung or surviving 24 hours deep in the wilderness.

There is a widespread belief that the West must teach Africa. They see the continent as the poor problem child that can’t help itself. At Africa Freak we believe the opposite is true. Africa has so much to teach the rest of the world.

This is a continent that has so much to give, yet the only people who listen and experience are those that actually visit. It may sound cliché to use the words life and changing but that is what most people say when they depart this magical continent. 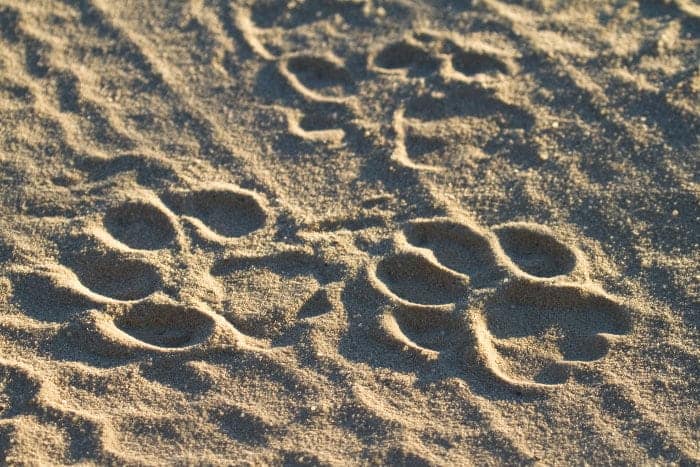 There’s the education that you soak up when on safari; animal behaviour, identifying spoor, following tracks, coexisting with elephants and lions. A safari also teaches you how to be safe in the wild, how to connect with all your senses and help conserve our precocious environment.

Leave Africa after a multi-day safari and you won’t just have a succession of photos, you’ll have a deeper understanding of how the wilderness works and how you can minimise your own footprint on the world.

Africa also teaches something else. You get to know a different sort of culture, one with values that can form the blueprint to a happier life.

Some derogatorily say that life is simpler here. It’s more that Africa teaches you to focus on what is important, and stay true to your beliefs. It shouldn’t come as a surprise that the people you meet have beaming smiles, a huge contrast to taking a holiday in a busy European city.

Come to Africa with an open mind and there’s so much you can absorb, so much education that will change you for the good. 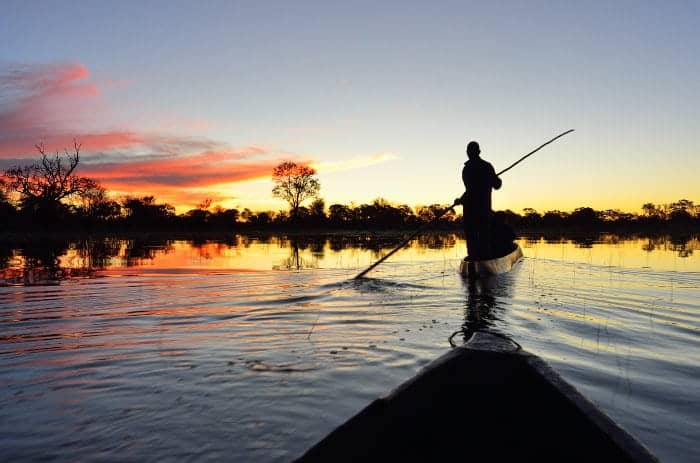 Picture the scene. You’re out on the savannah, silently nibbling on a picnic. The safari vehicle is parked and you’re tracking two lionesses. They move stealthily through the grass, coming up on a buffalo herd. It’s tense.

A sentinel raises the alarm and the buffalo start to move. As do the lions, bounding out from the grass to harass the herd. Acting defensively the buffalo encircle their young. But the lionesses keep coming. Surely they are not going to attack a fully-grown male buffalo?

Goosebumps cover your arm. Dust swirls as the buffalo charge. You’ve long forgotten the picnic you were eating. Every time the buffalos advance the lionesses retreat. Yet they come back for more, working the herd into a frenzy.

The buffalo are becoming more and more aggressive, breaking ranks to attack the lions. What a scene! But a haunting sound alerts you to something else. Looking through the dust you find another four lions. And they’ve killed a buffalo calf. 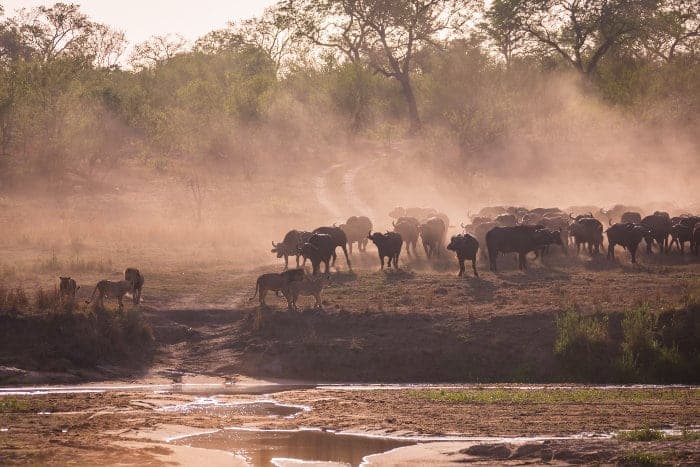 The lionesses you watched had a strategy. They had separated the herd. And nobody had noticed the other lions hiding in the grass, not you, not the guide and certainly not the buffalo. The ambush has worked and you get a little closer.

There is a resounding crack as teeth crack into bone and a brutal moment when a limb is torn from the carcass. Then lion roars, a terrifying sound to scare away younger males in the pride.

This is wild. This is Africa. This is safari. And you’ve got the best seats in the house.

Africa is always a journey of self discovery. Through scenes like this one you connect with your wild side. You immerse all your senses and open up to the natural world.

You can become one with nature, understanding and interpreting what happens in a land that hasn’t been tamed. Africa will inspire. It will change you. And the self discovery is only just beginning.

After one visit you will be hooked. You’ll already be planning the next time, when you can learn and discover more.

Don’t think about it. Just do it.

Africa is waiting and your wild side is ready to be set free.