Leopard cubs are one of the most adorable sights on the Africa savanna. They are perhaps the most iconic of all African safari sightings, young predators making their first steps into the wild.

These are fascinating animals that weigh less than 1 kg at birth and only open their eyes a week after being born.

Here are 15 fascinating leopard cub facts that makes them just about purr…fect.

1. What is a baby leopard called? 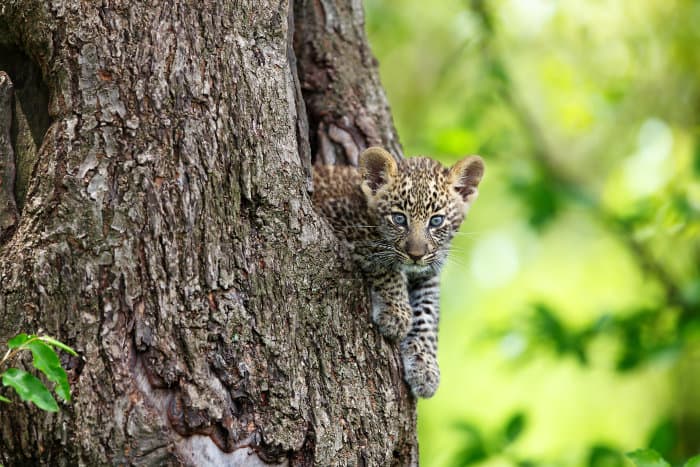 Little baby leopards are called cubs. They are so fluffy and cute that you may want to call them every name suited for adorable cats: like kitty, furball, or snuggles. Just remember that leopard cubs will turn into incredibly dangerous predators. They’re not just cute.

2. What about a baby snow leopard?

All female leopard (leopardess) have a gestation period of approximately three months (90-102 days). So it doesn’t take long to create one of these wonderful animals.

3. Their birthplace is called a den 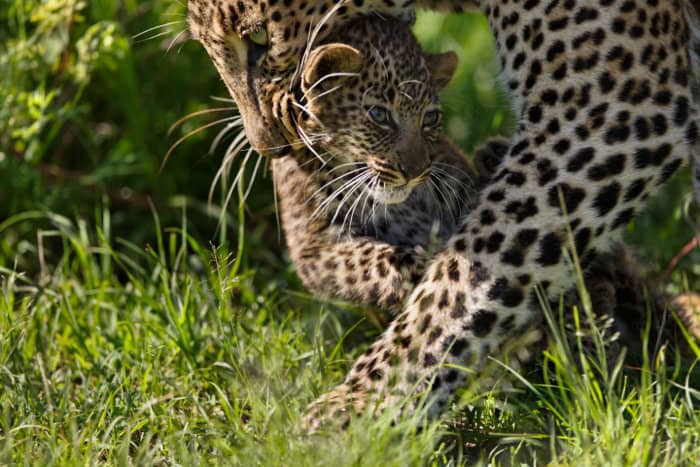 The leopardess will mark and maintain a territory that has a few different nursery spots. You can sometimes see her carrying her babies from one nursery to the other. They do this every second to third day as this will throw potential threats off their trail.

A leopardess will choose a secluded spot away from potential predators, usually in thick vegetation, to give birth. She will then use different nurseries until the cubs are ready to accompany her on hunts.

A leopardess usually gives birth to one to three cubs. However, some leopardesses have had up to six cubs at once! How wonderful is that? Some species of Asiatic leopards only give birth to one cub. This helps with the species survival rate as it is easier to take care of only one.

4. A baby leopard’s size when born

A baby leopard could literally fit in your hand at birth. They are around 16 cm long and weigh between 500 g and 1 kg at birth. That’s small…but it’s not that small!

5. Leopard cubs are blind at birth 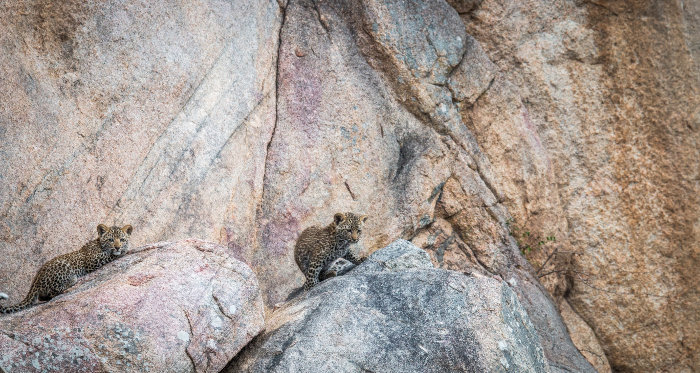 Leopard cubs are born without the ability to see. That’s pretty remarkable considering how mature leopards have one of the greatest eyes on the African savanna.

They come out with fluffy soft grey coats that have indistinct lighter markings. These markings resemble smaller and larger spots and are not the spots used to identify them when they are fully grown. The initial spots become clearer as they grow older.

The cubs make very soft kitten-like sounds by squeaking and communicating with their mother. Their nose and sense of smell is strong so they can tell when she is nearby, even if they are still blind. They will keep quiet otherwise, as this is essential to their survival.

7. The magic of their cuteness starts six to ten days after birth 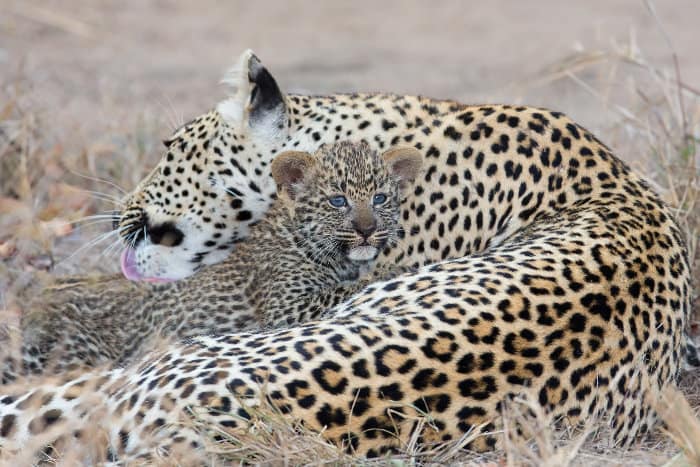 As newborns they are pretty helpless until they open their eyes, which usually happens from six days old. Their eyes will be fully open at ten days and they will see their savanna home for the first time.

It’s also at this development stage that the cubs’ spots become more prominent and defined.

Once opened, their eyes are often a beautiful blue colour, resembling soft blue jeans. This make them cuter as well as more mobile, as they finally see where they’re going.

Leopard cubs suckle for up to 12 weeks, even though the mother introduces meat scraps to their diet from 8 weeks onward.

From 12 weeks they will start to accompany their mother on hunts, but if she is unsuccessful on the hunt, she may leave them alone for up to six days. This is usually the crunch time for baby leopards as they are at their most vulnerable, being susceptible to predatory threats and potential starvation.

The baby leopard’s eyes often change to bright yellow or gold between the age of 8-12 weeks.

9. When the hunting begins 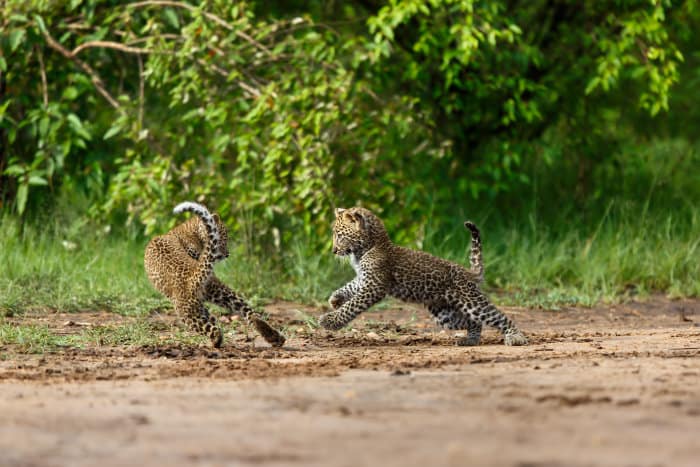 The young will learn how to stalk and catch their prey by playing with their mother and practicing with natural toys (stones, leaves and dry twigs), and of course their siblings.

They have to master how to be still and quiet before they can even think about learning to hunt.

Leopards need to get very close to prey without being seen before they can pounce.

Naturally, some places are better for baby leopards than others. Cub mortality is incredibly high all across Africa. If two in three infants survive to become juveniles the mother has done well as 35% is the typical mortality rate.

In some places of Africa this mortality rate is as high as 90%! That means nine in ten baby leopards don’t make it. Cub mortality is higher in places with lots of human contact, but even when deep in the wilderness there are many natural threats and risks.

The major threats that young leopard face are snakes, humans and lions. Snakes tend to find the cubs when their mother is off hunting, so the predator is always at risk from another stealthy predator.

Humans are a threat to leopards as they enjoy shooting leopards for trophy hunting and their skin. Or they want to take them captive for zoos and wildlife sanctuaries.

Another contributing factor is the loss of habitat. Lions will also kill leopards for sport, not food, thereby taking out the competition for their food source. 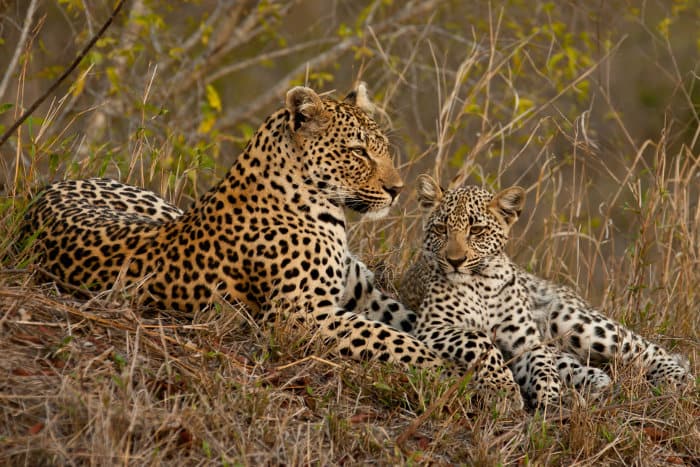 Cubs leave their mother when they have been taught how to hunt small animals (for example, rodents) and can care for themselves (finding and maintaining a territory).

At this stage they will be nearly fully grown, weigh approximately 45 kilograms, and strong enough to hunt larger animals and take them up a tree.

This period usually begins at the age of 12 months and ends around two years. Most males leave at 18 months yet the female cubs may tend to stay a little longer and closer until their natal cycle starts.

In some places young leopards stay with their mother until they are four before finding their own territory.

12. Young leopards on their own

Once they leave the den they maintain a solitary lifestyle. Leopards mark their territories with urine and feces, and have been known to fight one another during the mating season. The male territories will encompass some female leopard territories and sometimes overlap with a rival male’s territory.

13. What about a group of leopards? 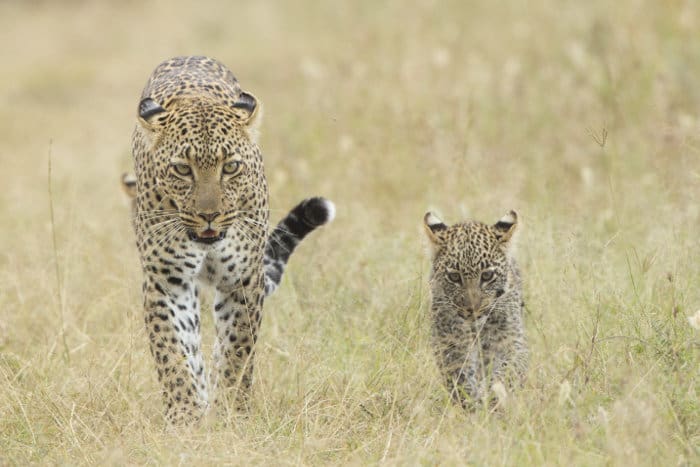 The only time you will see a group of leopards is a leopardess and her young adult cubs roaming around.

When you spot a group of leopards on a safari then you can either call them a spot, a leap or a prowl of leopards.

14. The diet of baby and adult leopards

Adult leopards are carnivores and will eat almost any other African animal.

Their diet ranges from small to large animals and include insects, mammals and even other predators. Leopards can kill a zebra, pull it up a tree and devour it up there, yet most of their prey varies from 10-40 kg.

Leopards can survive in drought stricken areas because they can go ten days without water. This makes them pretty invincible as a predator as they can take their time and preserve their patience. 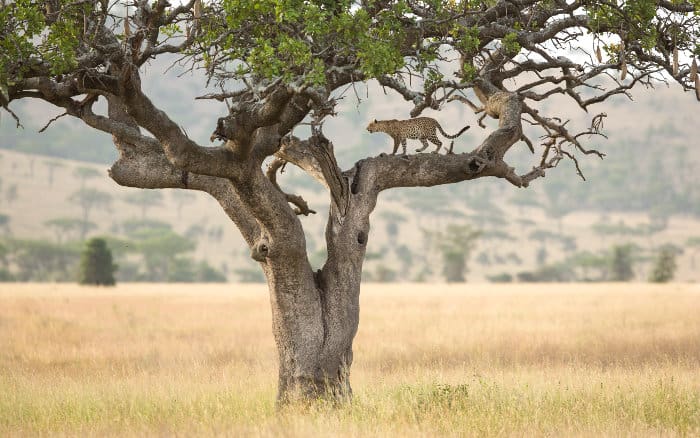 Like most cats the leopard is nocturnal. During the day leopards will hang out in trees or hide in grass, usually to sleep. And because they are solitary animals, they will choose a habitat with plenty of food, like rainforests, grasslands and mountains.

So what’s the key baby leopard lifestyle choice? Most mammals all want the same thing, including ourselves. They want to be free to live how they want, and give the best possible chance to their next generation.

That’s why a baby leopard pet is one of the worst things on the planet. Let’s leave these incredible animals to the wilderness and be content with seeing them on an African safari. 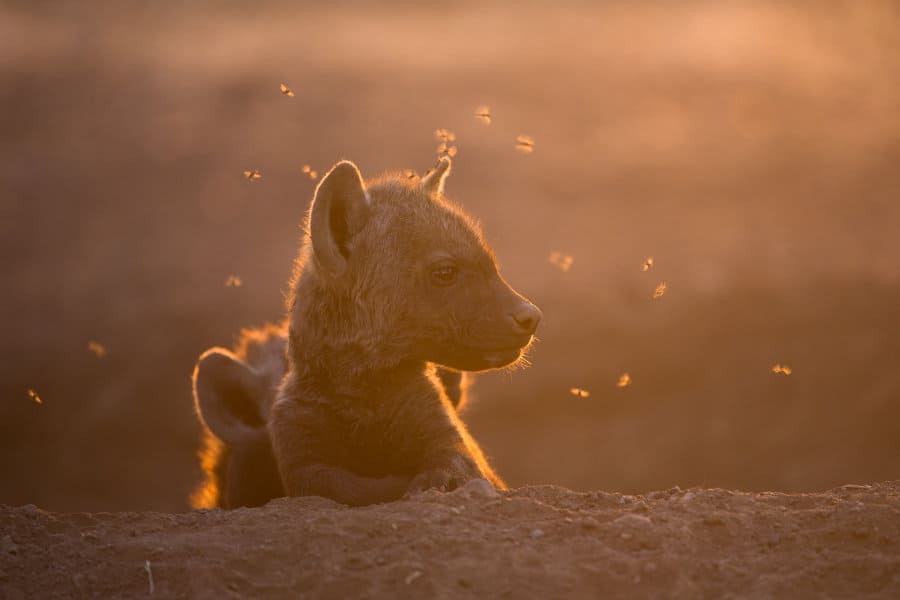