This incredibly beautiful and detailed map shows every herb that grows native in Africa and gives an idea of the countries and regions where the herb is most common.

The map is the work of G Baldwin & Co. The company have been importing and producing natural herb products, oils and food since 1844.

This makes them London’s oldest herbalists. Their official website goes into more detail about this map, saying:

Birthplace of Man-(and Woman)-Kind!  The second largest continent on Earth, Over 11 MILLION square miles and over 1 BILLION people!

Africa has such a huge variety of geography, flora, fauna and people that make it one of the most fascinating mix of cultures and traditions stretching back over 150,000 years of evolution.

With the culture of folk medicine, cooking and the incredible array of native plants Africa is truly a jewel of wealth when it comes to herbs.

They also go on to add some interesting details about the medicinal qualities of some of these herbs, and geographical information about where they were first discovered:

We find Devil’s Claw, one of our best selling herbs, used in the treatment of pain from both Osteoarthritis and Rheumatoid Arthritis growing in Namibia and the Kalahari desert.

Somalia in East Africa, known by many as the birthplace of modern humans, has the beautiful gums & resins of opoponax, Myrrh & Frankincense.

The island of Madagascar, off the Eastern Coast of Africa is far too rich with unique species of herbs, trees and animals to even begin to discuss.

The map features everyday cooking herbs that you might not realise come all the way from Africa, such as thyme and cloves, as well as more exotic and expensive gums and resins like myrrh and frankincense. 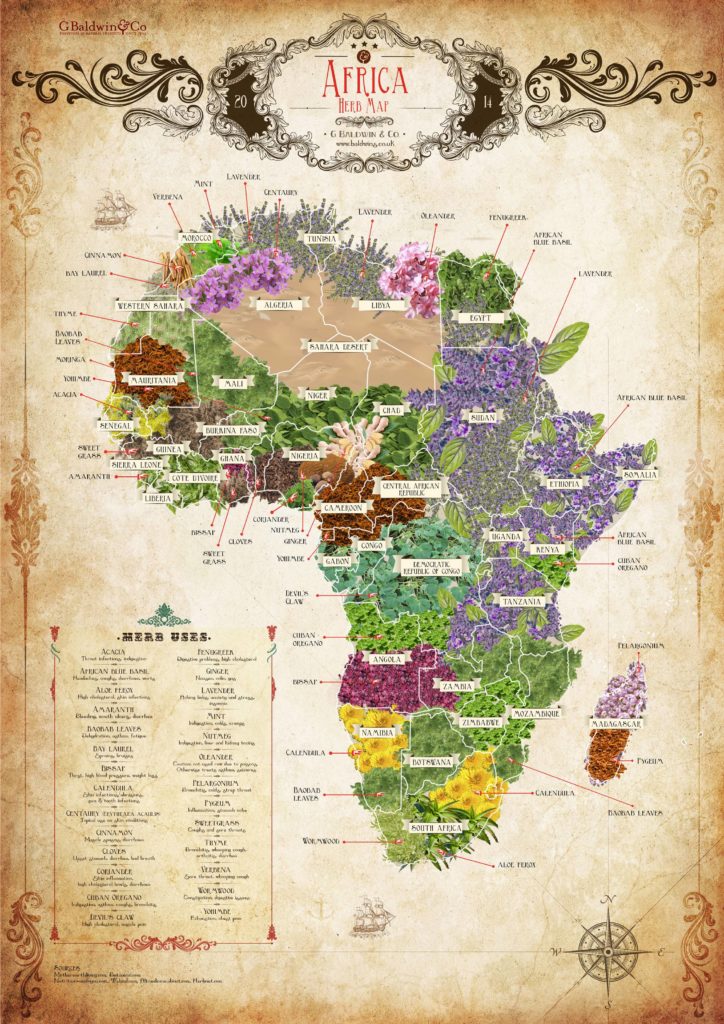 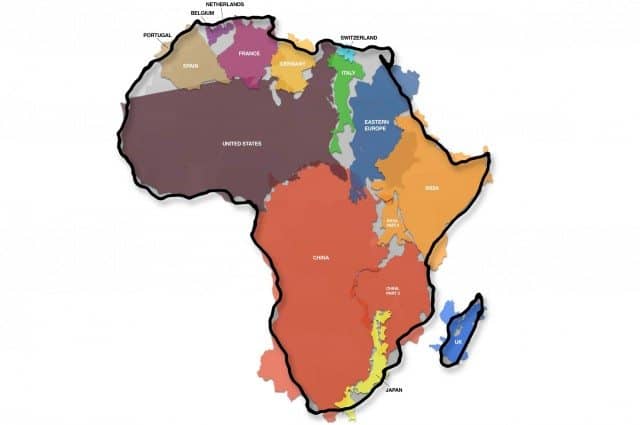 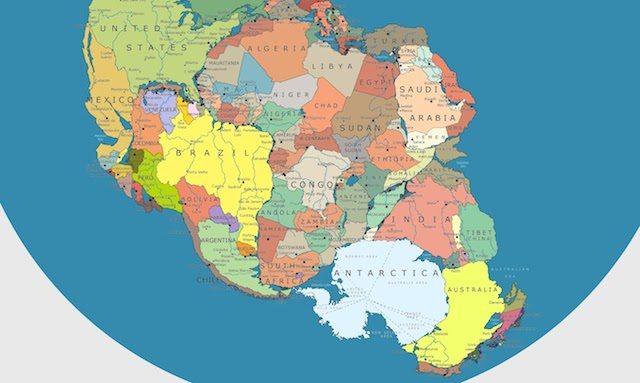