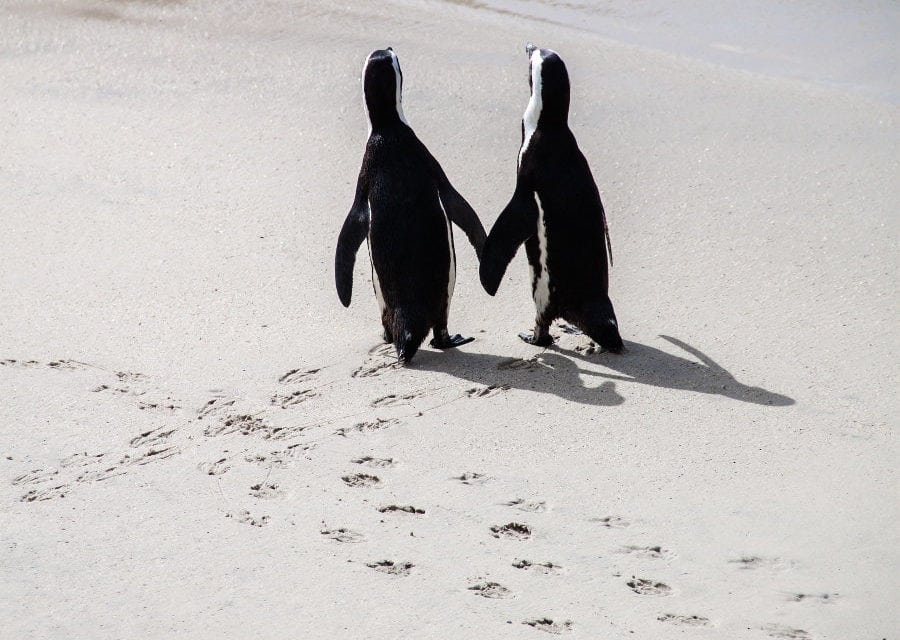 Ready to explore another great African destination? Welcome to Boulders Beach, near Cape Town. You’re about to meet your “local tour guide” for the day. 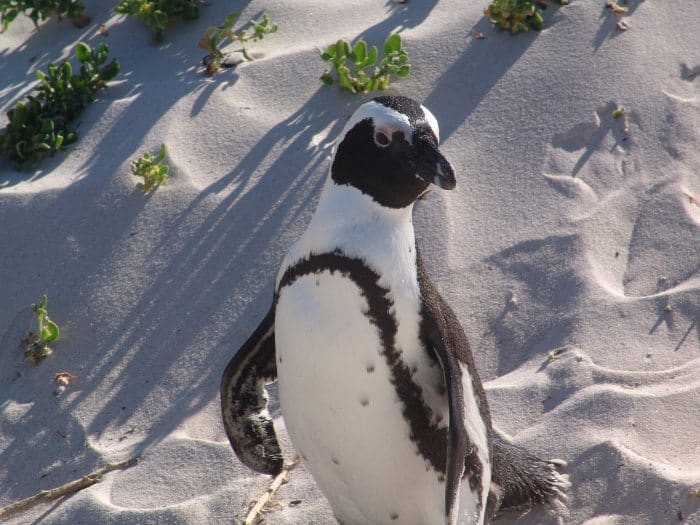 These tiny little creatures are incredible to watch. They’re also almost as fascinated by us as we are by them. Their inquisitive nature and charming personalities make the penguin beach an iconic attraction in Cape Town, South Africa.

Where is Boulders Beach? 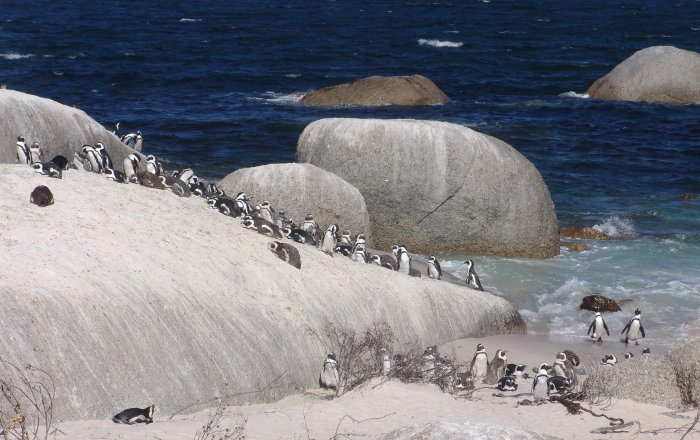 Boulders Beach is in Simon’s Town, a little haven near Cape Town.

The area is under the Table Mountain National Park’s protection. It’s home to one of the largest African penguin populations, with an estimated 3000 individuals.

The sandy beach, with its rock pools, shallow waters, and friendly tuxedo-clad residents, is a popular stop on trips through the Cape of Good Hope. 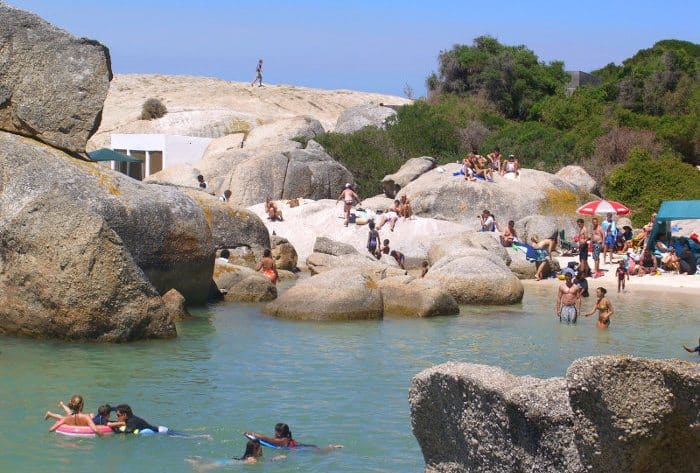 Since the main attraction is the Boulders Beach penguin colony, the best time to visit would be between February and May. This is breeding season for the little waddlers, therefore there’s bound to be tons of them lazing about and swimming.

The weather in Cape Town during these months is typically stunning, so it’s the perfect time to enjoy the water yourself. If you visit during the breeding season, you’ll have the best chance of seeing hordes of penguins at Boulders Beach in the late afternoon.

Of course, this is also going to be the busiest time at the beach. If you’re not a fan of crowds, wait until the last of the season during April and May. You’ll find it a little quieter. There are penguins at Boulders throughout the year though, hence you could come at a quieter time and view them too.

Getting the party started

Boulders Beach is open to the public and is a popular place for families to come and enjoy picnics among the penguins. The beach is a protected area, with rangers patrolling the space all day.

There are strict rules at Boulders, including no alcohol or smoking, and no removal of any marine life. You’re also not allowed to feed the penguins on Boulders Beach – or get too close to them. No boats, canoes, or kayaks are allowed to enter the beach either.

All of these directives help to create a safe environment for both humans and animals, and upholds the beach’s stunning reputation. 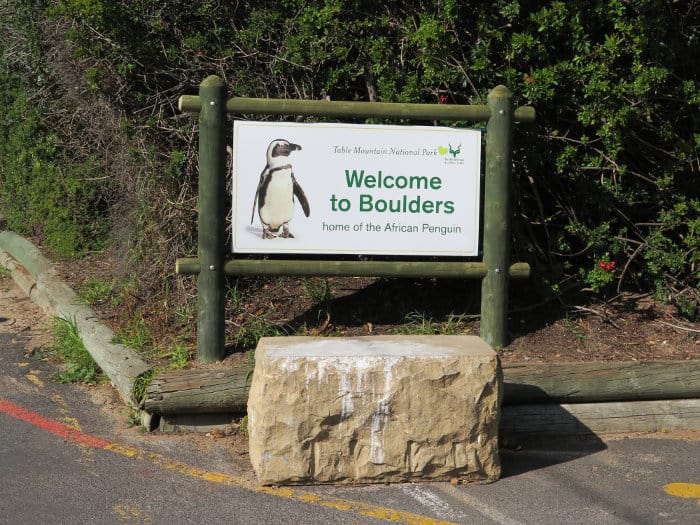 Boulders Beach entrance fees will differ according to your nationality:

These prices give you access to the beach for a day and are subject to change.

Opening hours for Boulders depend on the season. The beach opens earlier during the warmer, busier months. And it closes early during the colder months (when Cape Town’s sunset happens earlier). 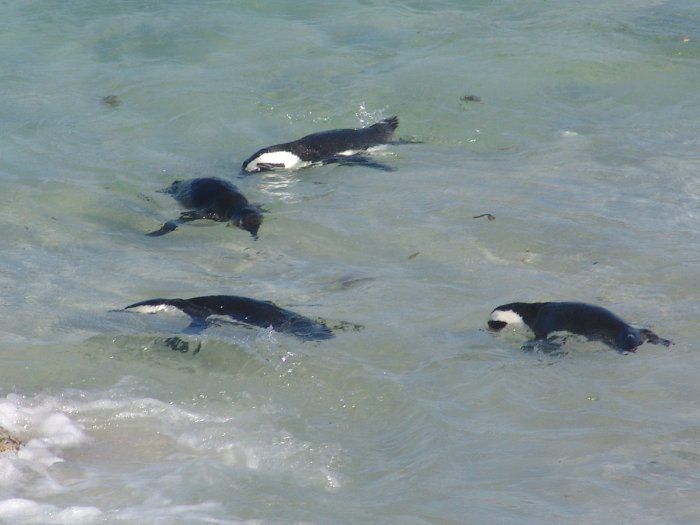 Boulders Beach permits swimming. The beach is sheltered from Cape Town’s wind and waves since it’s in False Bay. And the water is (just a little) warmer than you’ll find at the rest of the Mother City’s shores.

This is the ideal place to visit if you’ve ever wanted to swim with penguins. You’ll often catch both the birds and people sharing the rock pools and splashing around in the waves. 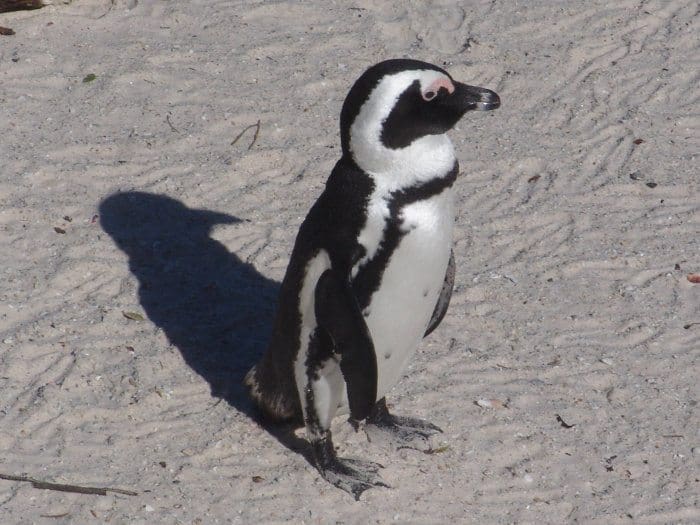 Rather pretty, isn’t he?

Since the African penguin is on the endangered list, Boulders Beach is an important breeding area for conservation efforts.

The first Boulders penguins were just two breeding pairs in 1982, during a time when the endangered species faced extinction. Thanks to conservationists and the success of Boulders Beach, the area is now home to thousands of penguins.

Various bird books refer to the little fellows as jackass penguins (and no, this has nothing to do with the American television series on MTV 🙂 ).

Strange name, huh? Their distinctive mating call happens to sound just like a braying donkey. Scientists have recently changed its name, though, as other South American species apparently make the same kind of noise.

Jackass penguins are now called African penguins. Another name for the animal is the black-footed penguin (quite explicit), or even the Cape penguin. 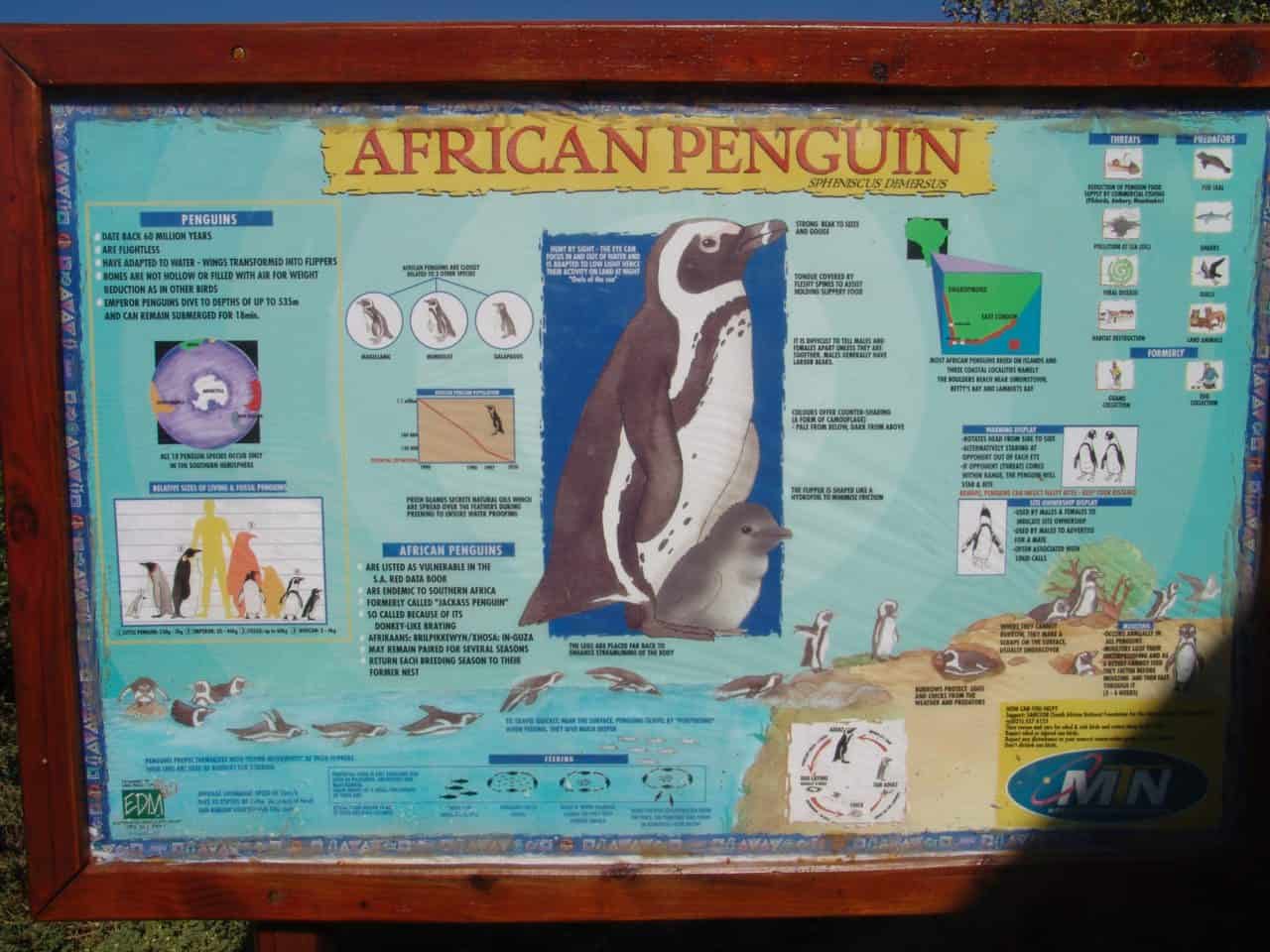 The visit starts here! (Click to enlarge the image) 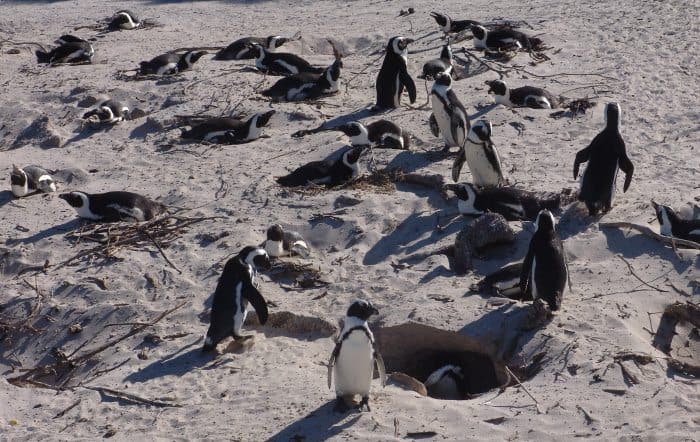 Nesting in the dunes… 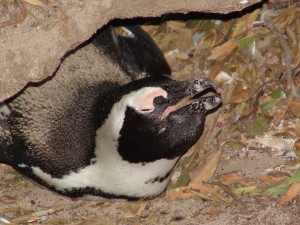 There are two beautiful white sand beaches in Simon’s Town: one where only penguins are king (Foxy Beach), and the other where both people and penguins share the same sunning, bathing, and resting space. The two beaches are adjacent to one another, so you can plan both excursions on the same day. 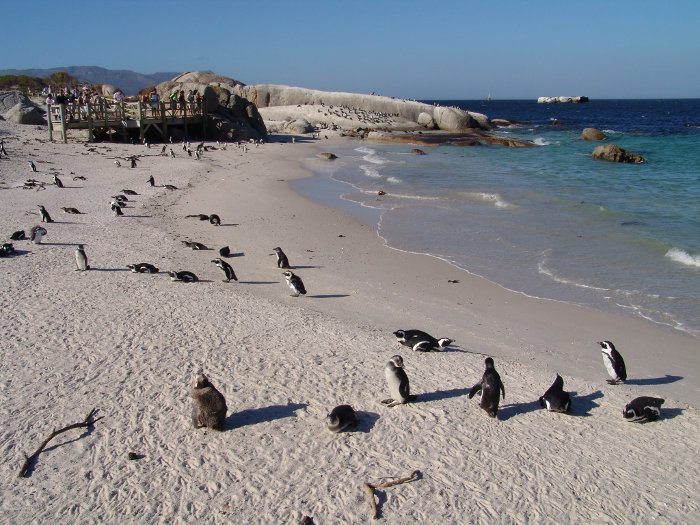 Panoramic view of Foxy beach and its boardwalk

On the one hand, Foxy Beach is accessible through a boardwalk that overlooks the spot. The admission fee is relatively affordable. That’s where the largest part of the colony resides, and here, no immediate contact with the birds is possible.

It has a charming scenic view, though, and is quite fascinating indeed. It’s a perfect venue to see them swim, eat, breed, and preen almost without being noticed. I could observe them all day long!

On the other hand, Boulders Beach is where the real action takes place. Here’s your chance to interact with these funny beings. I wouldn’t try to touch them, however (it’s strictly forbidden). Penguins can be quite vicious with their sharp beaks and could cause serious injury without much warning. So please keep your distance. 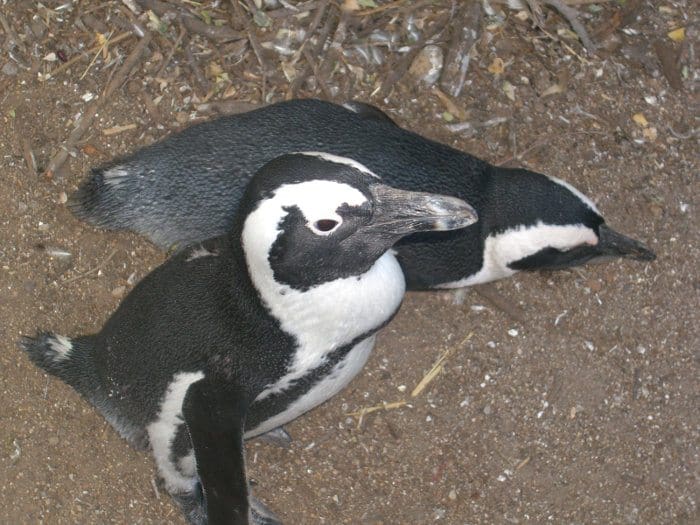 The idea is to enjoy their presence while still respecting the fact these penguins remain wild animals.

Swimming is also possible, yet you have to be more than courageous to take a dip (the water temperature is freezing, rarely reaching 15 degrees Celsius). I tried it a couple of times but didn’t last very long. 🙂

As far as swimming WITH the penguins… good luck! The little creatures are speedy and agile in the water, and it’s impossible to keep up with their pace. 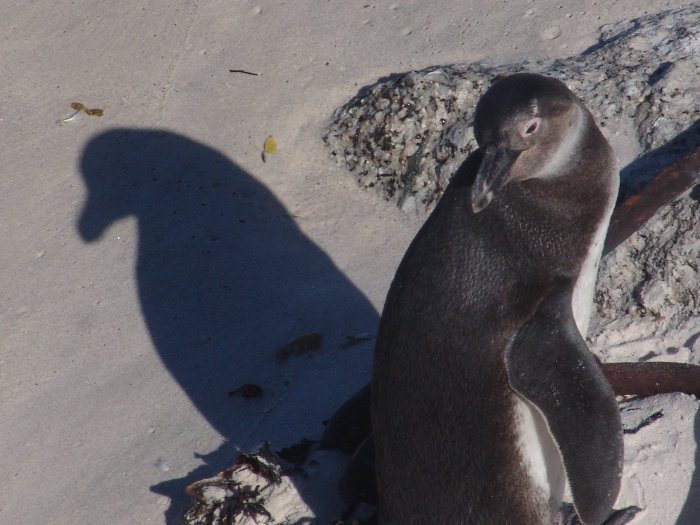 Find out what almost caused the South African penguin population to become extinct. 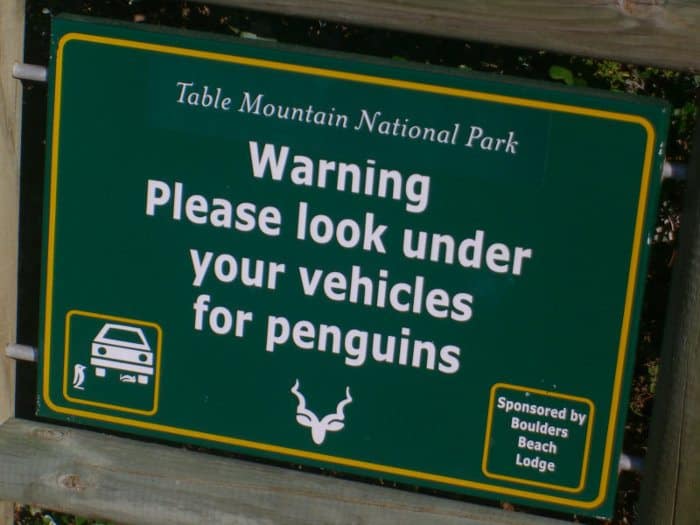 These quirky black and white animals attract tons of visitors from all over the world, and it’s not hard to see why. Whether you’re daring enough to brave the Cape’s cold waters, or just spend time tanning on the beach, doing it in the company of the African penguins is stunning.

Be sure to follow the rules, and plan your trip well to avoid too many crowds without missing the penguins altogether. There are also adorable dassies that you may catch a glimpse of, lazing on the sunny rocks. 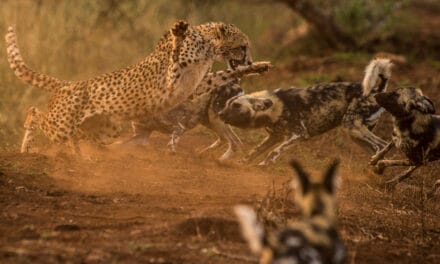 Apex predators: 5 animals at the top of the food chain 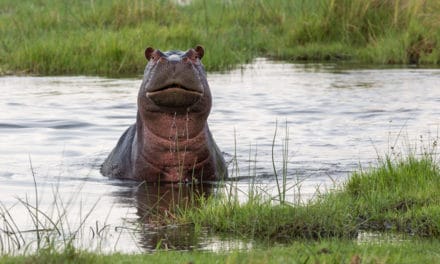 Kwando – Planning a safari in an exclusive reserve 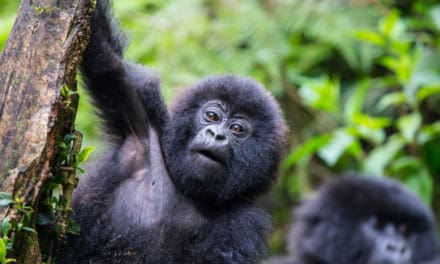 Gorilla trekking in Rwanda: how to and top tips 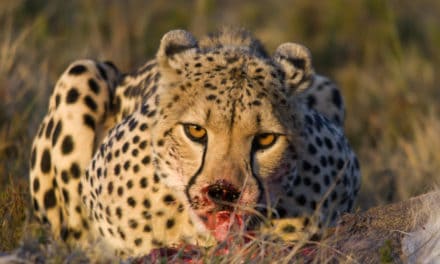 What do cheetahs eat? The diet of the fastest land animal