You will have seen the flehmen response many times before, especially if you regularly see horses. It’s a behaviour common to cats, horses, and many African animals as well.

But what is it? Why do they do it? And what animals in Africa exhibit the flehmen response? Here is everything you need to know.

What is the flehmen response? 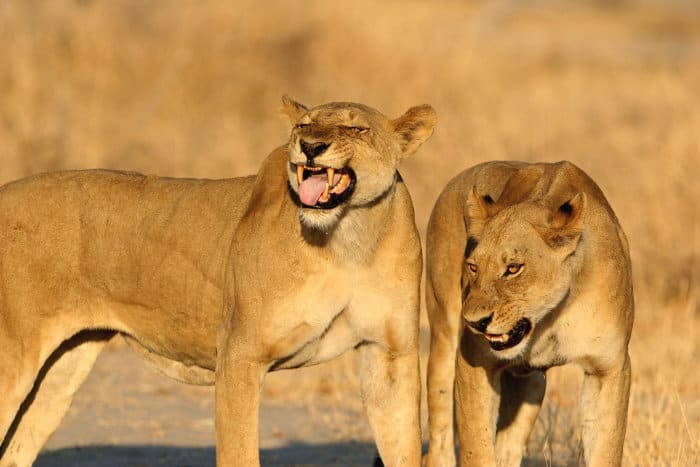 The flehmen response can be seen when animals curl up their upper lip to expose their teeth, while inhaling through the nostrils at the same time. Often they close their eyes and maintain this pose for several seconds.

The animals take on a strange appearance, as if they are laughing or grimacing, perhaps even smirking. There’s a good chance you will have seen this before but just didn’t know what it was called.

Why do animals do the flehmen response?

It’s all about smell. By performing the flehmen response animals draw air into their olfactory (smell) sense organ. This gives them a more intense interpretation of the surrounding smell.

People do something similar. By drawing air into our mouth we get a greater perception of what we are eating or drinking. Perhaps you wouldn’t do this over a sandwich but it’s an integral element of wine tasting.

Cats and horses are the most common animals doing the flehmen response. They are animals that rely heavily on smell, often above other senses. Just like we want to appreciate wine better, animals want to appreciate their surroundings.

So they will perform this behaviour when visiting a place that is interesting to them. They will do the flehmen to understand the smell of a rival or a potential mate. It’s also a way of communicating and a strategy to help remember a certain place.

It’s never simply fresh air when you’re out in the wilderness. It’s an air charged with chemical messages. So by inhaling the surrounding air animals pick up and remember certain chemical clues.

So how does is all work?

Here is the complicated part so skip on if you like. By pulling back the lips an animal can open ducts in its mouth and nasal cavity. This creates access to the vomeronasal organ (VNO), also known as the Jacobson’s organ.

Humans do not have this organ. The VNO has a direct connection to the brain, making it different from the other scent channels, such as our own. You could even call it a sixth sense.

It’s important to distinguish between simply smelling and the flehmen response. Mammals are continually smelling. We don’t choose when to smell and we can’t escape a bad odour in the air. In comparison, the VNO must be deliberately opened.

Animals use flehmen to communicate with each other 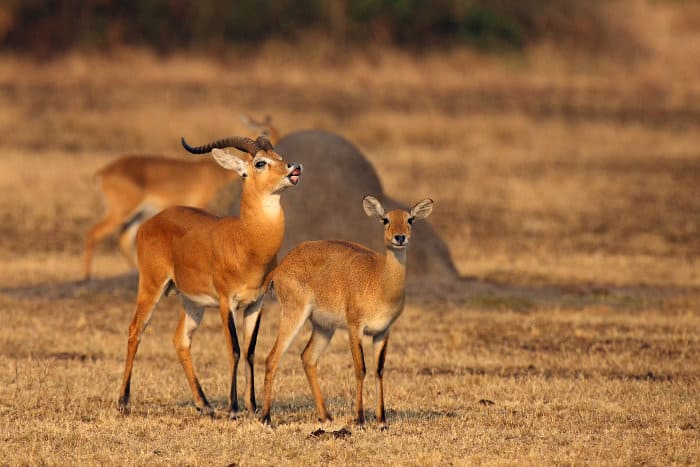 Both animals and plants deliberately leave their smell for others. Just think about domestic dogs walking down the street, peeing on every other tree they come across.

Out in the wild these chemical scents are very important, especially in wildernesses as vast as Africa’s, where it can be very hard to find potential mates.

Females give off certain pheromones to show that they are ready to conceive. Herds of female sable antelope even work together, manipulating their chemical scents so they all have a similar birth cycle.

Males pick up on pheromones found in a female’s urine. This distinguishes whether a female is keen to mate. Through this process males can follow females across the wilderness, tracking their reproductive scent.

Studies have also shown that newborn elephants demonstrate flehmen behaviour as well, even though they are clearly not in a reproductive state. This suggests that an elephant herd is leaving specific chemical scents to help the calf’s development.

Can the flehmen be used to communicate between species?

The answer to this is unknown. Urine is the common denominator. From sheep and horses to giraffe and elephants, chemical messages are being left behind. So can a male elephant pick up on the specific chemical messages left by a giraffe? We don’t know.

This just shows how little we know about the animal world, specifically the world of wild animals.

Why is this behaviour named flehmen?

The etymology comes from Germany and Saxony. Flehmen in German literally means to “bare the upper teeth”. In Upper Saxony the same word has a different definition – “to look spiteful”.

They love their horses in these parts of the world, which is probably why they were the first to give the behaviour a name. However, some sources have attributed the word’s introduction to Karl Max Schneider, who was a director at Leipzig Zoo.

What animals do the flehmen response? 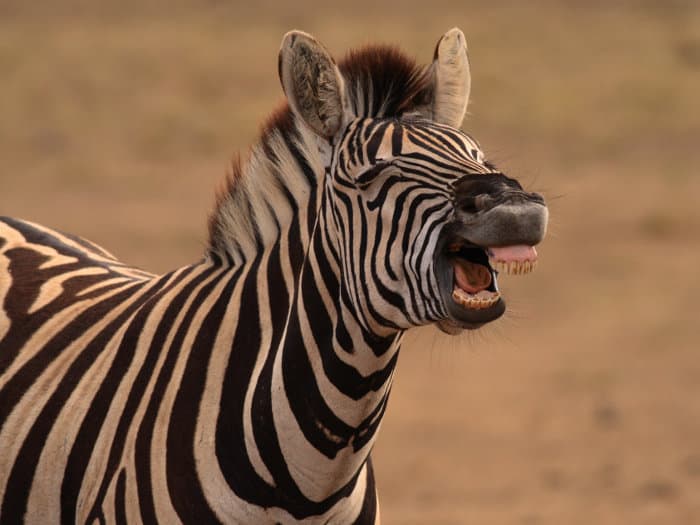 We know that over a dozen species perform the flehmen response. But there could be many more. There’s still so much we have to learn. Most famously and commonly you can witness this behaviour in domestic horses and cats. You may have also seen it done by goats and sheep.

There are many others, including llamas, hedgehogs, giant pandas and tapirs. 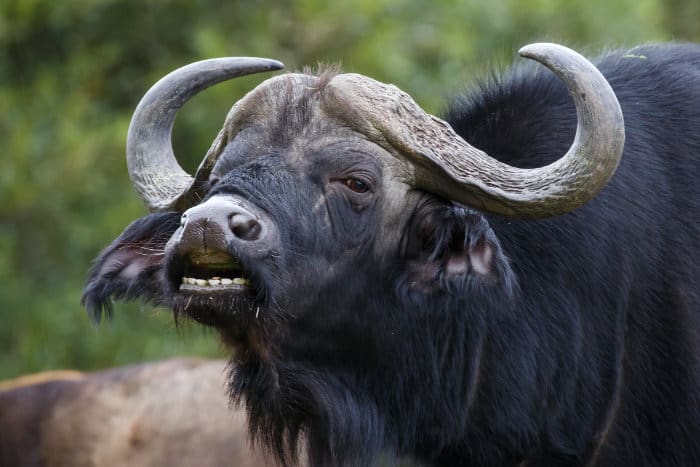 Chemical communication is intensified in the African wilderness, where animals roam freely over great distances. So as you may imagine, many of Africa’s species open their VNO and use this tactic.

Flehmen is demonstrated by most of Africa’s ungulates and predators. Among them are elephants, giraffe, rhinos, buffaloes, hippos, lions, leopards, cheetahs, and other cats.

Sometimes it may look like a lion is growling but it is really analysing the surrounding scent. Interestingly, elephants don’t change their appearance, so it’s impossible to tell they are doing it.

Amazingly, hippos are able to do the flehmen response underwater, while they are wading and bathing. How is that for evolution?

What is the flehmen response in cats

Probably the most famous flehmen response is the one that’s witnessed in cats. You know when cats pull their face and look rather ridiculous? Well, it’s just the cat opening its VNO and making note of all the chemical messages in the air.

Can humans show the flehmen response?

Did you ever try?

Unfortunately we don’t have the same VNO receptor, so we must be content to appreciate this behaviour in animals. Visit Africa on a safari and you can watch wild animals picking up on all the unique chemical clues, just one of many many highlights when you connect with your wild side in Africa.