Loss of habitat and poaching has resulted in the endangerment of Grevy’s zebras. Its population has declined by over 50% since the 1980s.

This zebra is the most threatened of the three species of equids, members of the horse family. There are roughly 2000 adult Grevy’s zebras left in the wild.

But, where are these rare zebras found? Are there conservation actions in place to look after them? There is a lot to learn about gentle Grevy’s zebra. Keep reading to find out more information about these striped animals.

What is the Grevy’s Zebra?

People admire the majesty of Grevy’s zebra. Here are a few details about these magnificent creatures.

What is the Grevy’s zebra scientific name?

Equus Grevyi is the scientific name for the Grevy’s zebra, also known as the imperial zebra.

Where did the name ‘Grévy’s zebra’ come from?

French naturalist, Émile Oustalet, named the Grévy’s zebra. He named them after Jules Grévy, who was the president of France from 1879-1887.

The president received one of the zebras as a gift from the government of Abyssinia. And so the name ‘Grévy’s zebra’.

How do the Grevy’s zebra differ from other zebra?

The Grevy’s zebra, also known as the imperial zebra, is the largest of the three. They are also the largest wild animals in the horse family! The zebras are tall and have large, round ears.

Their stripes are narrower than the other two species. These narrow stripes make the zebra more difficult to see by predators, so they are able to make an easier escape.

Grevy’s zebra foals have reddish-brown stripes at birth. These stripes gradually darken as they mature into adults.

Unlike other zebra, the Grevy’s zebra has a completely white belly. The area around the base of the tail also lacks stripes.

Where Are Grevy’s Zebra Found? 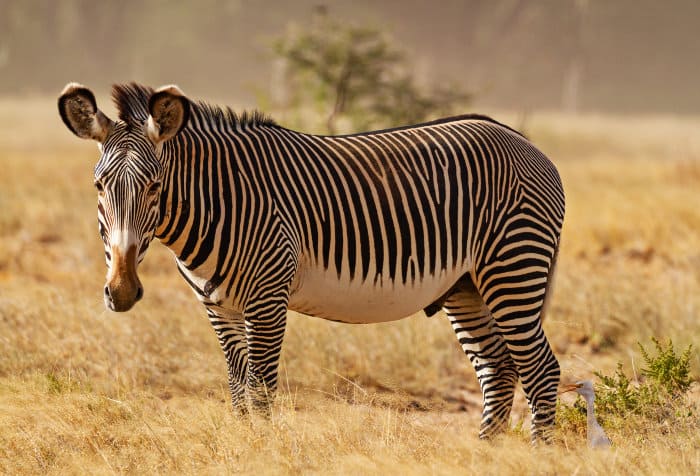 The horn of Africa is the Grevy’s zebra’s habitat. Their range has shrunk dramatically.

Historically, Grevy’s zebra lived in large parts of Kenya, Ethiopia, and Somalia. Now, a scarce population appears in small pockets of northern Kenya and just over the border into southern Ethiopia.

The grasslands of these areas have experienced extreme drought over the last decades. The shriveled grass and dry rivers have contributed to the decline of Grevy’s zebras over the years.

Details About Why Grevy’s Zebra Are Endangered

Grevy’s zebra has one of the most substantial population reductions of the African animal kingdom. But, why? Let’s have a look. 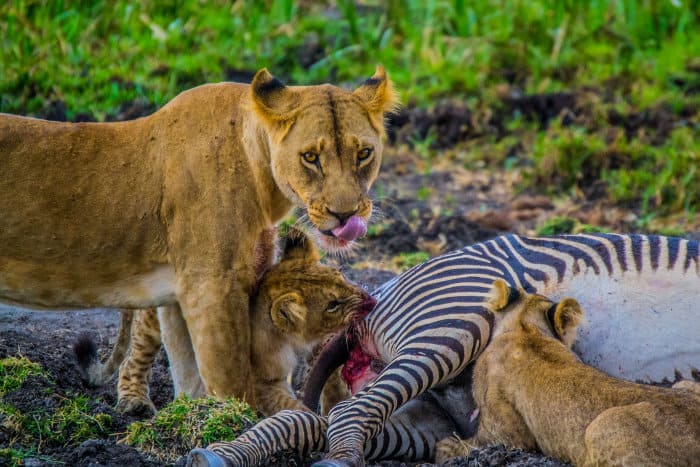 The poaching of Grevy’s zebra most frequently takes place in Ethiopia. Poachers hunt the zebra for their unique skins. Less often, zebra poaching is a food source. And in some cases, people kill the animals for medicinal purposes.

The droughts over the last two decades have led to drier rivers and grasslands. What do Grevy’s zebras eat? The zebra mostly consume grasses. Occasionally, they will feast on leaves, bark, and fruit.

What is Being Done to Prevent Grevy’s Zebra Extinction?

Thankfully, there is awareness around Grevy’s zebra. Their protection has become a priority for Kenyan organizations. Grevy’s Zebra Trust is working with local communities to conserve these endangered animals. 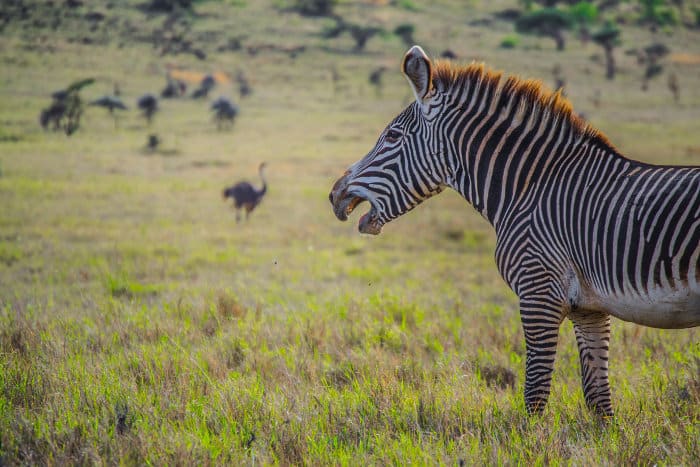 Grevy’s Zebra Trust understands that both humans and zebras share a habitat. The organization aims to protect the shared and fragile ecosystem. They often hold workshops for local communities.

The workshops consist of four full days. They teach people how to make informed decisions about the land, livestock, wildlife, and conservation.

Through this awareness, communities report sick and dead zebra. The people are more likely to allow the zebra to graze alongside their cattle. And, the mistreatment of the animals has decreased.

Loss of habitat is the biggest threat to Grevy’s zebra. The Grevy’s Zebra Trust teaches communities how to plan livestock grazing to avoid bush encroachment and overgrazing.

The workshops teach communities to keep their livestock in temporary bomas. Keeping livestock together replicates ‘Animal Impact’. This is when herds of animals keep together in the wild, for safety in numbers and during migration.

‘Animal Impact’ fertilizes the soil with dung and urine. The animal hooves tile the soil and the large numbers of animals break down plant litter. Communities imitate this with their livestock to create more fruitful land. 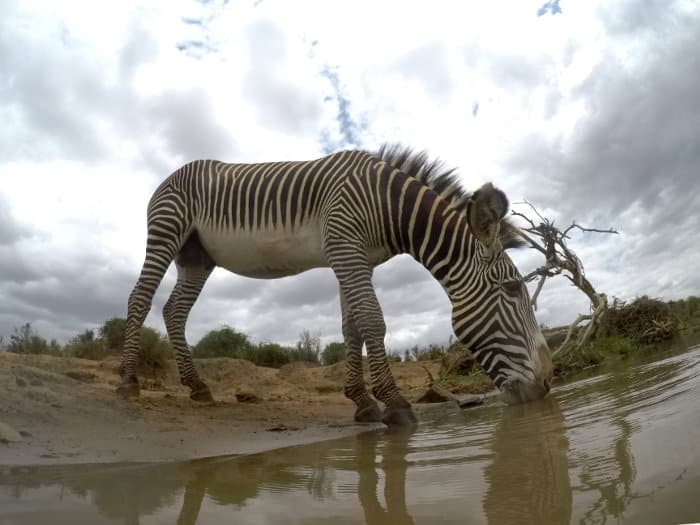 The Trust has put measures into place to help wild animals through the dry months of July to October. At existing boreholes, they have constructed dedicated drinking troughs for wildlife.

The communities dig shallow wells in the river beds. These wells are exclusively for the wildlife. If troughs are too deep for the Grevy’s zebra to access, the people temporarily fill the wells.

Generally, conservationists discourage the feeding of wildlife. But when the alternative is the starvation of an endangered species, authorities allow some leeway. Kenyan conservationists feed the Grevy’s zebra hay.

The zebras feed during the night and don’t see the delivery of their food. This helps minimize human and wildlife interaction. 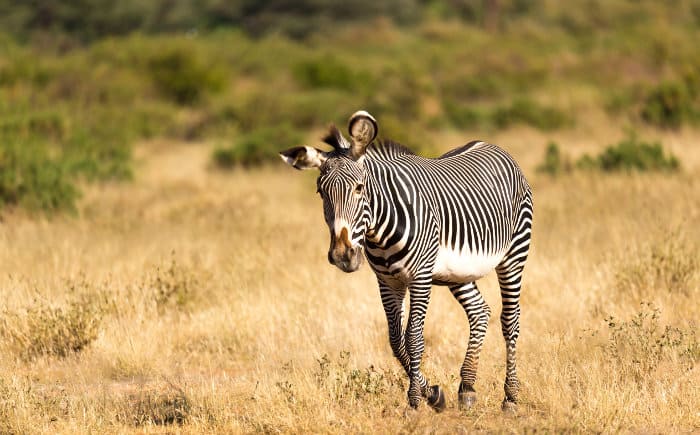 If you haven’t fallen in love with Grevy’s zebra already, here are a few fun facts to make you smile.

Where to See Grevy’s Zebra? 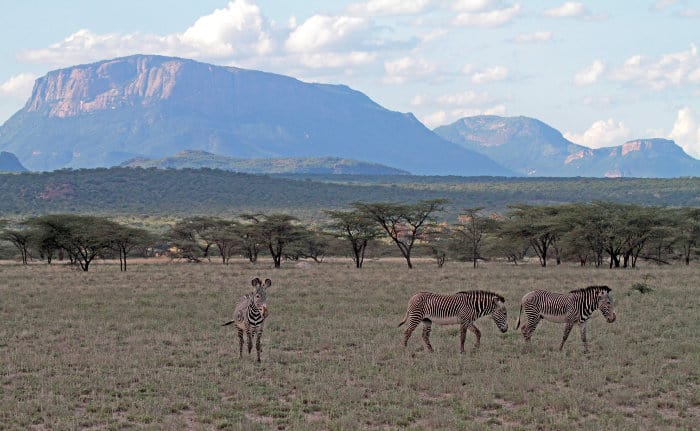 The best way to see a Grevy’s zebra is in the wild. The beauty of wildlife is its freedom!

Grevy’s zebras are a rare safari sighting. But, it makes seeing them that much more special.

Book a tailor-made safari to Kenya or Ethiopia to discover the majesty of the Grevy’s zebra. 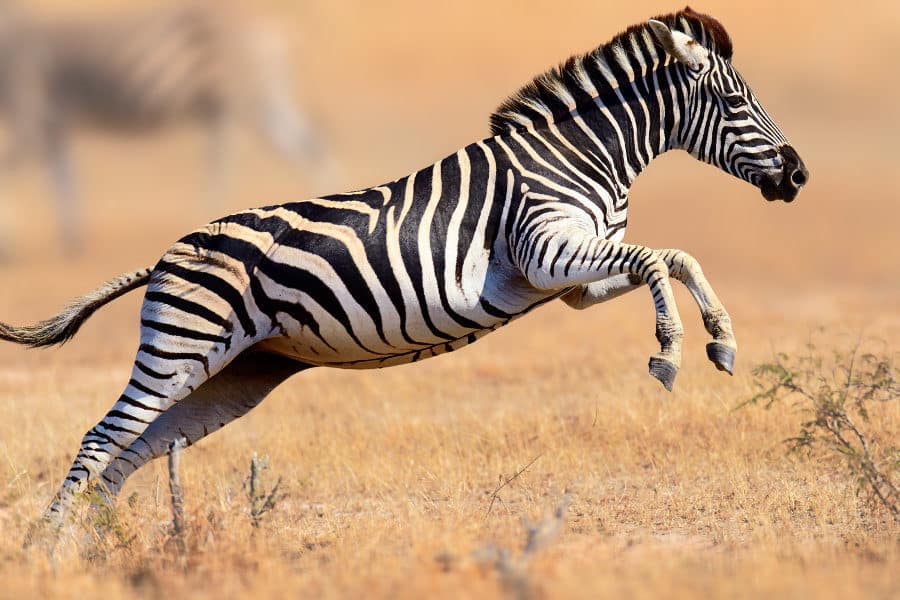 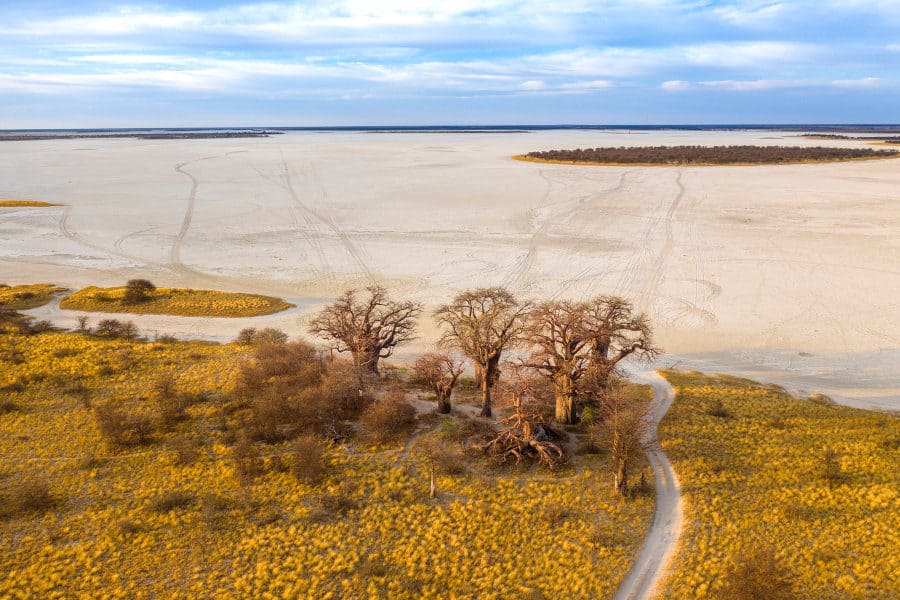