How fast can a giraffe run? 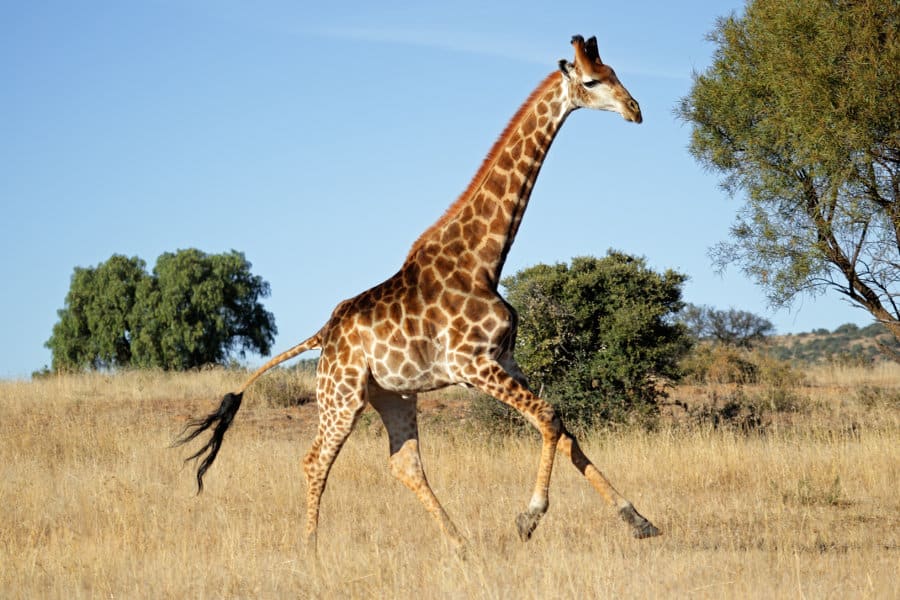 Giraffe have the longest stride of all land mammals and can run at 60 km/h (38 mph).

They have a strange way of running, left legs followed by the right legs in a peculiar loping gait.

These enormous animals don’t even appear to be running. It looks like they are moving in slow motion. Then you try to keep pace with one and realise that 60 km/h is a very impressive top speed.

Here is the full story of how fast a giraffe can run. 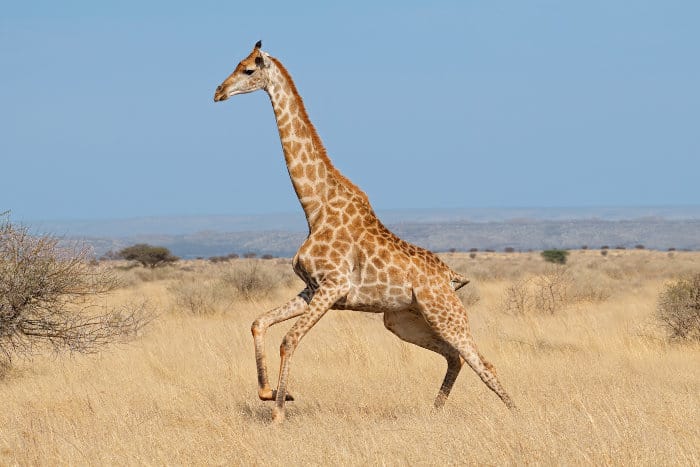 This is a slow top speed in comparison to their size. At almost six metres tall the giraffe has incredibly long legs. Every giraffe stride is many times longer than a human stride. So it doesn’t need to move quickly in order to run fast.

Top speed is 60 km/h although this can only be maintained over short distances. It’s rare that a giraffe will sprint, just like it’s rare that humans have reason to sprint (other than during sport).

Normal giraffe cruising speed is more like 16 km/h (10 mph). In essence this is just the giraffe walking with their very long legs.

How Do Giraffe Run?

Giraffe are very funny to watch. Just check out how they run.

This loping stride is relatively unique in the animal kingdom. When giraffe run they move both their left legs first, then both their right legs.

Most ungulate animals, such as horses, walk just like this – left, left, right, right. However, they switch to a different rhythm when trotting and galloping – left, right, left, right.

When running giraffe keep up the same stride pattern as when they are walking. They just do it a little quicker. Their rear legs cross on the outside of their front legs and provide most of the forward momentum.

Another interesting giraffe fact is that their front legs are around 10% longer than their back legs. 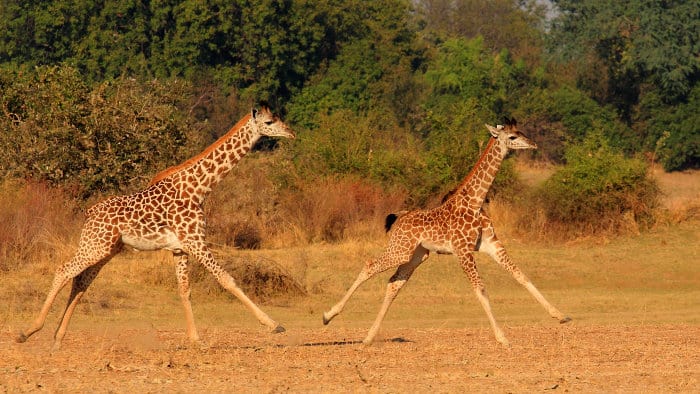 There is only species of giraffe: giraffa camelopardalis, from the family Giraffidae. However, there are nine subspecies, each with their distinct geographical range and skin patterns.

There isn’t any definitive evidence if one giraffe is faster than any other. As they all are a similar height and weight we can assume they have the same top speed.

Other Interesting Information About Giraffe On the Move 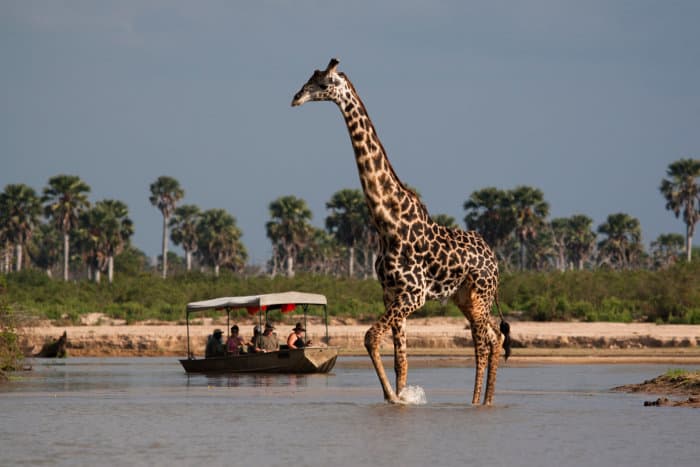 Giraffe can swim but they are not very good at it. Some people think that a long neck and legs means giraffe can’t possibly swim – but those people haven’t been to Africa and seen it happen. Giraffe can float although they aren’t very good at the backstroke. 🙂

Giraffe regularly cross rivers on their migratory journeys, although sometimes they can simply walk along the bottom of a river and still keep their head dry.

Giraffe can jump. But why jump when you’re already the tallest land animal? These animals have evolved so they don’t need to jump. Instead, their long necks extend to feed from the highest tree branches.

The most amazing giraffe journey is their birth. Babies literally drop two metres from the womb as the mother gives birth standing up! 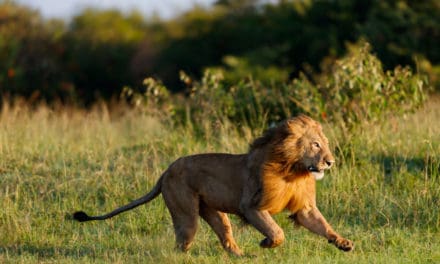 How fast can a lion run? 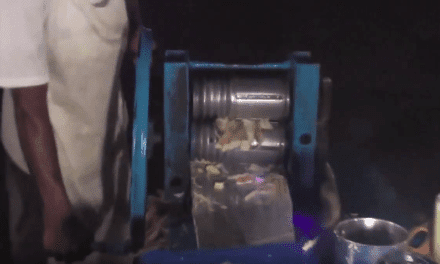 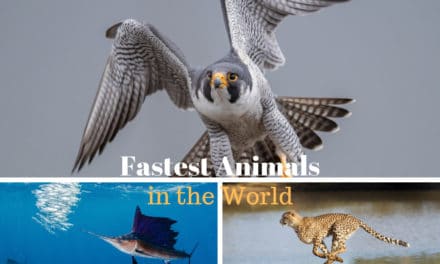 15 of the fastest animals on planet Earth