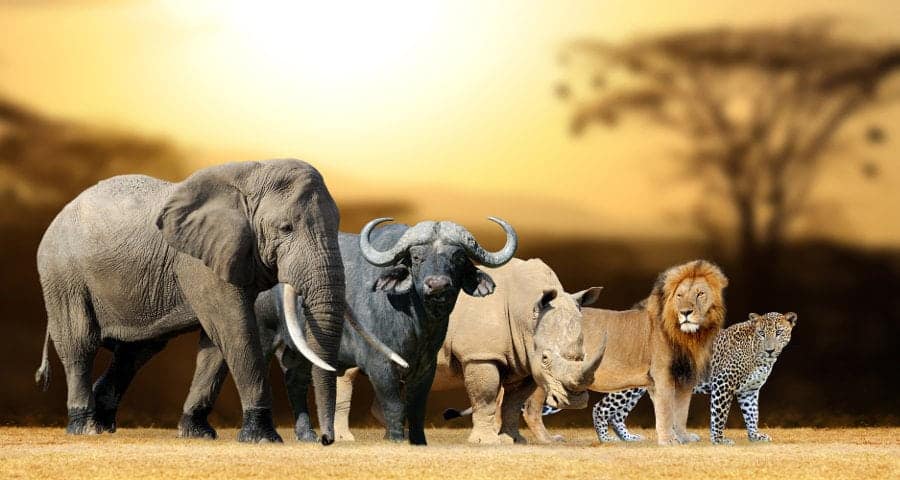 Most famous and most likely to be high on any wish list, the big 5 safari animals are lauded as the ultimate sights on an African safari. Back in history, these five became famous because they were the only animals that would attack when being hunted.

All other wildlife would run away, but these five species charged towards the guns. This big five term has been carried forward into the safari industry and many small reserves use it as a marketing ploy to attract visitors.

Lion, leopard, elephant, buffalo and rhino…it’s certainly a stellar line-up of unique African animals. Though don’t become too preoccupied. Just because you don’t see one of the big five doesn’t mean the safari has been unsuccessful.

Many parks have more than 100 mammal species to discover, so think beyond the famous big five if you want to really connect with your wild side.