Although they are called tickbirds, yellow-billed oxpeckers aren’t actually birds that are mistaken for ticks. They are only called tick birds because they eat ticks, among other things. To many, they are simply the courageous bird that sits on a rhino, feeding endlessly.

The yellow-billed oxpecker is the cousin of the red-billed oxpecker. Both live in Africa, and both look somewhat similar, except for the coloring, and a few other interesting aspects.

Let’s learn about those aspects. The two oxpecker species share similarities, yet they are different in some ways. Here’s what we know about the cute Buphagus species, that allows the oxpecker to play such a significant role in so many grazers’ personal hygiene.

The Scientific Name Reveals a Lot 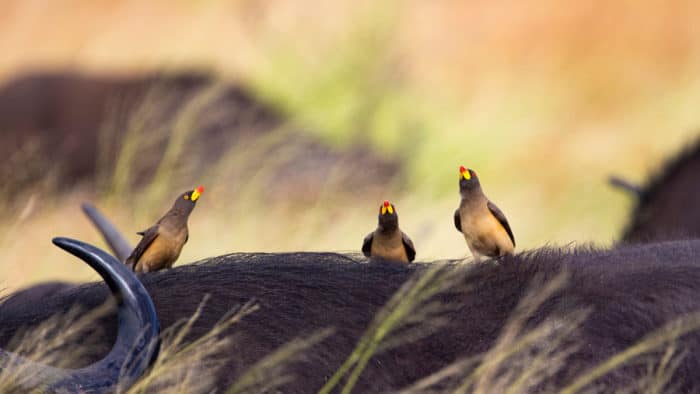 Here’s a fun fact to impress your friends with when you discuss oxpeckers. The genus name is Buphagus. It derives from the Greek words bous (meaning “ox”) and phagos (meaning “eating”).

What is an Oxpecker Bird?

The oxpecker genus consists of two species – the yellow-billed and red-billed oxpecker. They are roughly the same size – about 20 cm long at full size. Both inhabit broad areas in sub-Saharan Africa, largely wherever you find larger grazing animals

Chances are when you see African rhino, buffalo, zebra, or giraffe, you’ll spot an oxpecker sitting on the animal at some point.

It seems that these animals don’t mind the oxpecker presence, as they eat annoying ticks, flies, maggots, and other pests. One oxpecker can easily eat several hundred bugs a day! 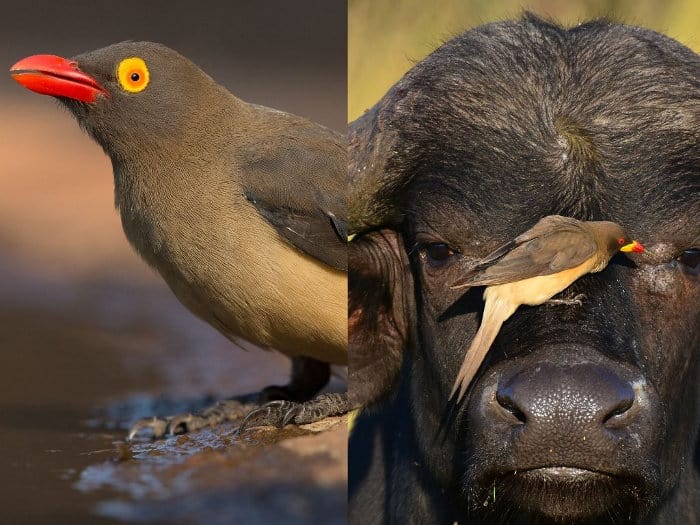 The yellow-billed tends to have a less vivid plumage as well, although its rump color may be different from its body. Experts classify both species as “brown birds.”

Keen observers will notice another distinction. When the birds are in action, there is a difference in how they use their beaks to get to ticks and fleas. Reds tend to “slice” or “comb” through the hairs of a hide similar to a scissor motion.

Yellows peck at their host customers, getting at those insect larvae and dug-in ticks with more force. It is likely that the yellow’s thicker beak allows it a more aggressive motion when dealing with its “prey.”

Where Do Oxpeckers Live?

Interesting fact: Between the late 1800s and 1979, researchers believed that yellow-billed oxpeckers were extinct in South Africa. They were not seen in the region until a sighting in the Kruger National Park in 1979 that baffled experts.

Today, the yellow-billed oxpeckers inhabit most of sub-Saharan and east and west Africa, although they are not found in rainforests or deserts.

The red-billed species seems to stick mostly to the eastern parts of Africa. Sometimes, you can spot both species in the same region. They don’t seem to bother each other in terms of territorial disputes. 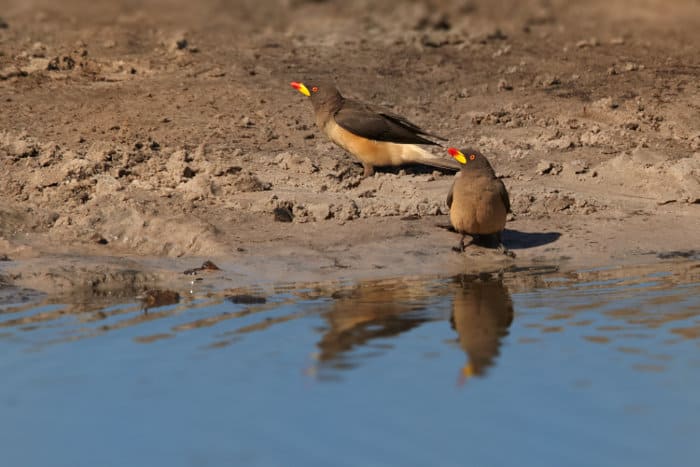 Oxpeckers live for around 15 years, which is a decent age for their size. When breeding, one breeding pair (oxpeckers mate for life) lays eggs, while 5 or 6 other individuals help rear the chicks.

The female will lay 2-3 eggs, which will incubate for around two weeks. Once hatched, parents and helpers will take turns to feed and rear the chicks, and the young birds will fledge at around 25 days.

Here are some random other facts about our cute oxpeckers:

So Keep An Eye Out For the Tick Bird 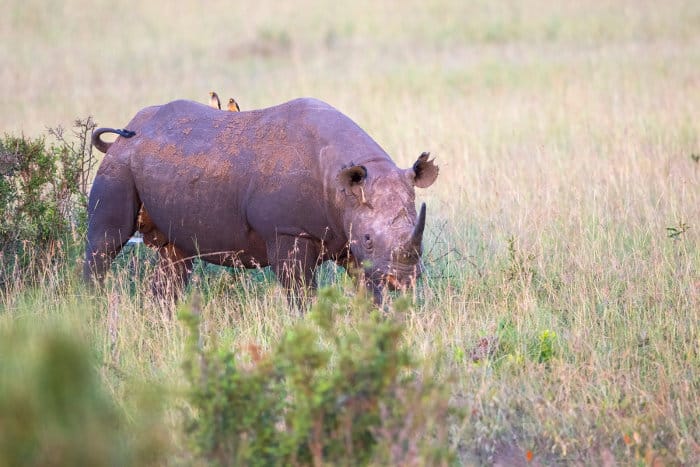 The yellow and red-billed oxpeckers have a lot in common. However, they are separate species. They are easily told apart, and will generally be where the big, grazing tick-providing animals are.

They don’t seem to bother each other territorially, so you’re likely to see one or both quite easily on a safari – especially in the eastern regions of Africa.

Here are a few wonderful deals to consider if you’re thinking about a trip to Africa. Chances are, the bird that sits on rhinos will be around to welcome you. 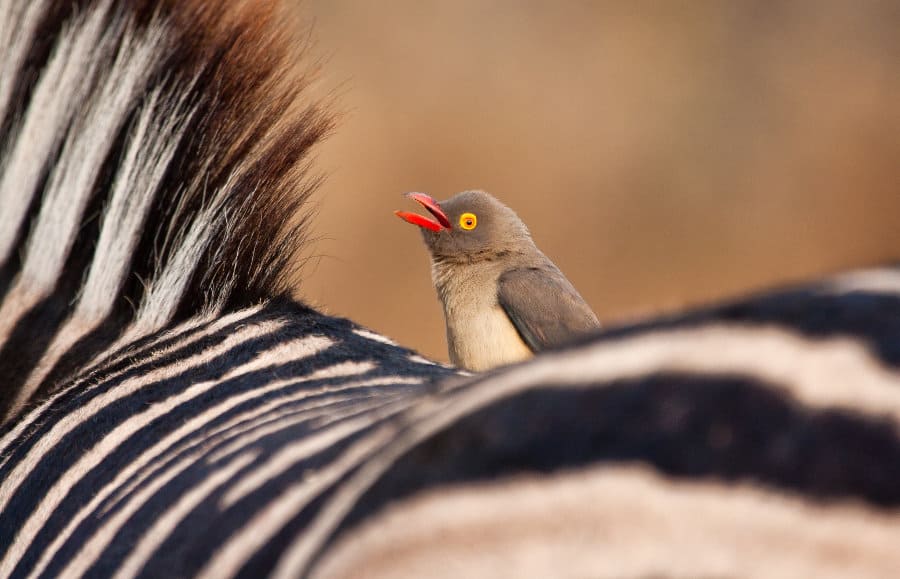