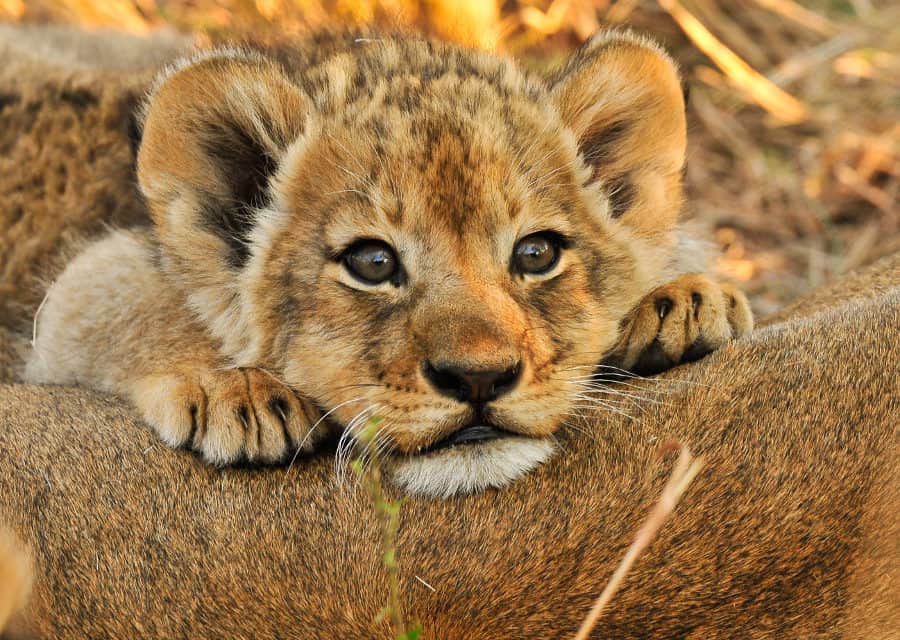 Baby lions are cute and wild. They’re one of the most iconic animals on the African savanna, an absolute dream to encounter on safari.

Like all African animals, baby lions have to survive in a very hostile environment. There are so many threats to their survival and it can seem that everyone on the savanna is out to get them.

They can be trampled by herds, shot by poachers, and eaten by other lions or predators!

Baby lions have a lot of growing up to do and a lot to learn, before they go on to be the kings or queens of the savanna.

What is a Baby Lion Called? 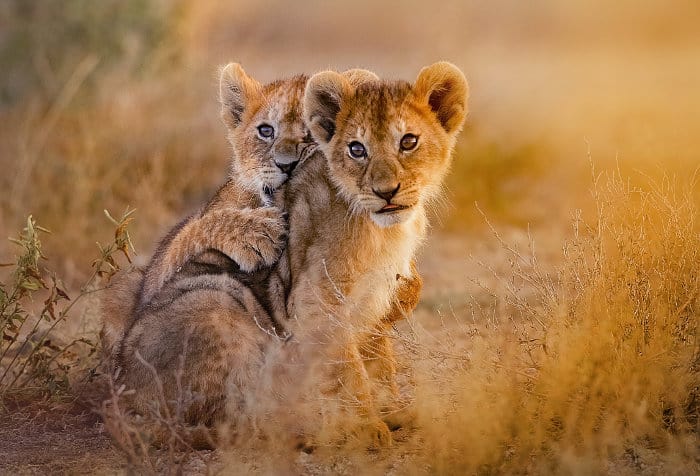 The correct word to use when referring to a baby lion is a cub, the same as a baby leopard. If you prefer to keep calling them baby lions, well that’s perfectly fine too.

If you decide to call baby lions Simba, you’re not wrong! Simba actually means lion in Kiswahili – feel free to use that to impress your East African safari guides.

How Do Baby Lions Grow Up? 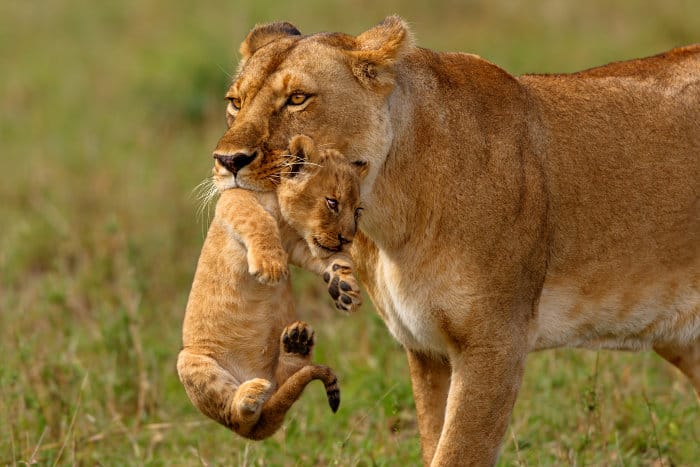 The gestation period of a lioness is around 110 days. When it’s time to give birth, the lioness will go away from the pride in order to keep her newborn babies safe from potential harm.

A lioness can have up to six cubs in a litter, but two to three cubs is more common. Baby lions are born blind and don’t open their eyes until about a week after birth. So keeping them hidden from predators is really important as they can’t fend for themselves.

Lion cubs come into the world with little black and tawny spots on their head and back. These spots act as a form of camouflage that hides them from predators when they are young and extra vulnerable.

As they grow older, the spots eventually disappear as they no longer need to rely on hiding in tall grass to stay safe.

Mother lions will move their cubs around to make sure that they are not discovered by predators. She doesn’t have long before they start to move around on their own though! Baby lions start to crawl just a couple of days after birth and can walk before they are two weeks old!

Because of predators like leopards, hyenas and black-backed jackals, lion cubs have a pretty high mortality rate. Getting trampled by large animals like buffaloes also adds to this, so mother lions need to be especially careful about where they keep their cubs during those first few weeks.

Where to See Baby Lions on a Safari

Since lion cubs are so well hidden by their mothers, especially when they are first born, it is very rare to spot new-born baby lions while on safari.

Sometimes you can see them at lion rescue centres, but make sure you only visit legitimate centres (more information on this a little later).

It’s definitely one of the cutest things that you will ever see on a safari, a few cubs playfully fighting and annoying their dozing parents! Keep in mind that lions are usually most active at night and in the early hours of the morning. During the day you will probably see baby lions sleeping. 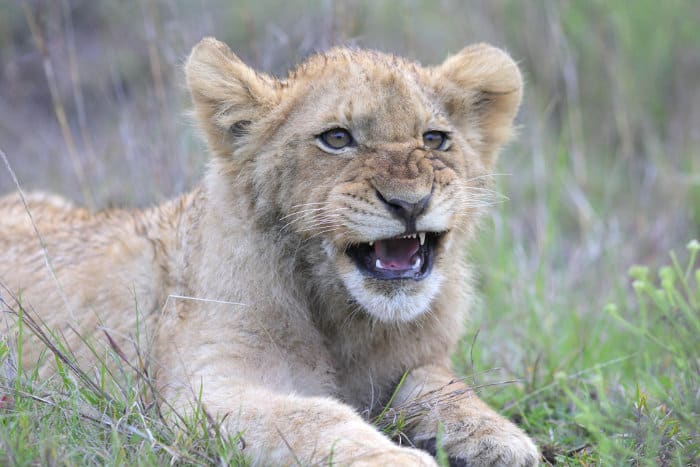 Adult lions use all sorts of sounds and calls to communicate with each other. They roar, grunt, snarl, growl, purr, puff and woof. They even meow! Check out all the sounds a lion makes and listen in here.

Each sound has a different meaning, with the most famous being the mighty lion roar. It’s one of the most powerful calls in the entire animal kingdom and can be heard up to 8 kilometers (5 miles) away!

When a baby lion tries to roar, the emitted sound is even softer than a kitten’s meow. Of course, when baby lions grow up, their roars will be much louder!

This mighty roar is what differentiates them from other big cats and merits them their title of King of the Savanna.

Time to Meet the Pride 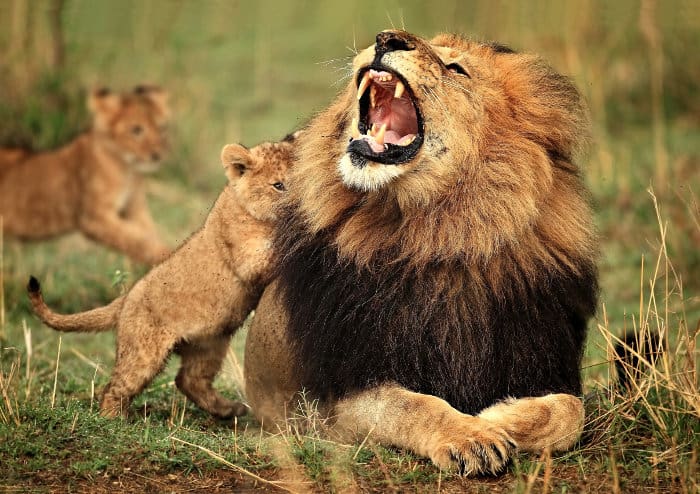 Mother lions are extra careful with the safety of their young cubs. This means waiting almost two months before introducing them to the rest of the pride.

Unlike other big cats, lions are very social and live in groups called prides. Prides can have up to 30 lions. However, it’s more common for prides to only have 10-15 lions. Prides can be even smaller if there is less food and water available.

The average pride size usually has two to three males, then about a dozen related females and their young.

Most of the lionesses will give birth around the same time. When the mothers return to the pride, they team up together and take turns looking after each other’s young.

They even nurse the cubs of other lionesses, especially if those mothers are away hunting for long periods of time. This helps ensure that all of the cubs born around the same time have a better chance of survival.

Male lions might play with the lion cubs from time to time, but their main job is to protect them. They take protecting baby lions very seriously and will always go out of their way to protect them from predators that try to come too close.

The worst predatory challenge to baby lions is outsider males. When a male lion challenges and defeats a pride’s alpha male, they take over the pride.

Sadly for the baby lions, a new male leader will kill off all the cubs. He doesn’t want to raise other lions’ offspring, but wants to sire his own generation with the pride’s lionesses. 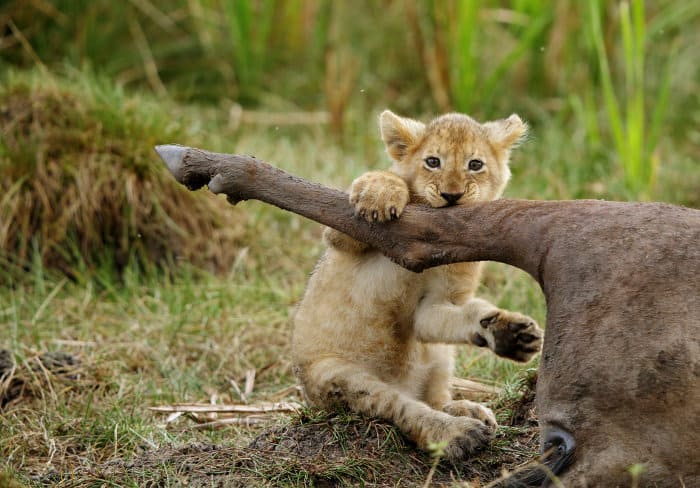 Lion cubs start to eat meat from about three months old. They are fully weaned from their mothers by the time they are six months and feast on what is brought back from the hunt.

It is the job of the lionesses, not the male lions, to teach baby lions how to hunt for food. They do plenty of play fighting when they are young to practice hunting for prey when they are older!

When the pride has a successful hunt, all of the lions will share the meal together. The adult males will take first claim, followed by the lionesses who made the kill, and lastly, the baby lions get their share.

What Happens After Lion Cubs Grow Up? 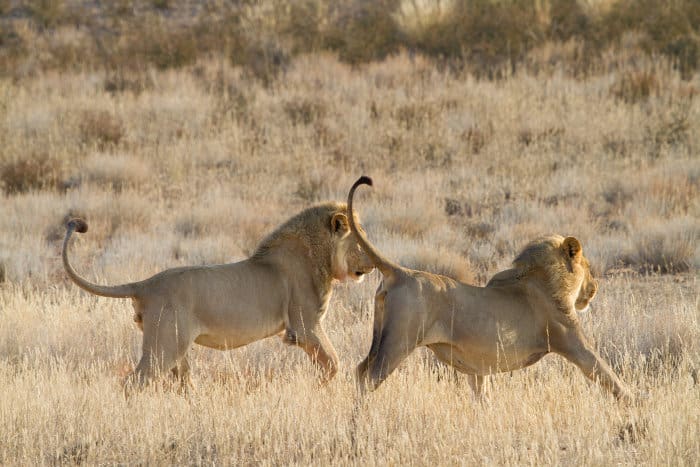 Baby lions stay with their mothers and live with the pride until they are around two to three years old.

At this age, female cubs join the pride’s hunting trips. Male cubs, however, will have to leave the pride. If they don’t, they will be driven off by the pride’s males.

The big males do not want their male offspring growing too strong and dominant. So they throw the cubs out before they have a chance to take over.

When young male lions leave the pride they form nomadic bachelor prides with other young males. They must fend for themselves until they are big and strong enough to challenge the resident males of a pride.

If they win this challenge they will take over the females. And also kill the pride’s male baby lions! So the circle of life continues!

Most groups of males stay in power over their pride for about three years. Then it’s time for a new group of bachelor lions to take over and the old crew to move on to retirement.

After male lions retire it’s unlikely they can take over another pride. Instead they will follow other prides, picking off whatever leftovers they can find.

A Predator, Not a Pet 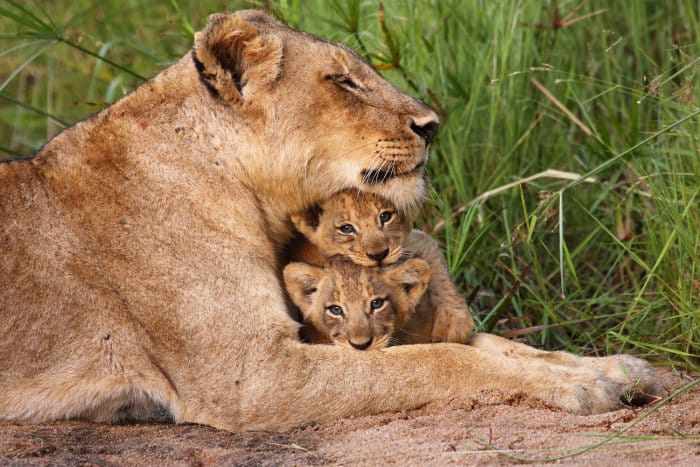 Some people just can’t handle the cuteness of baby lions and think that it’s actually a good idea to keep them as pets. Well surprise surprise…it’s not!

These wild animals are wild for a reason. While they start out as cute, they grow up to be very dangerous, no matter how well they might know a person.

Protecting Baby Lions for the Future 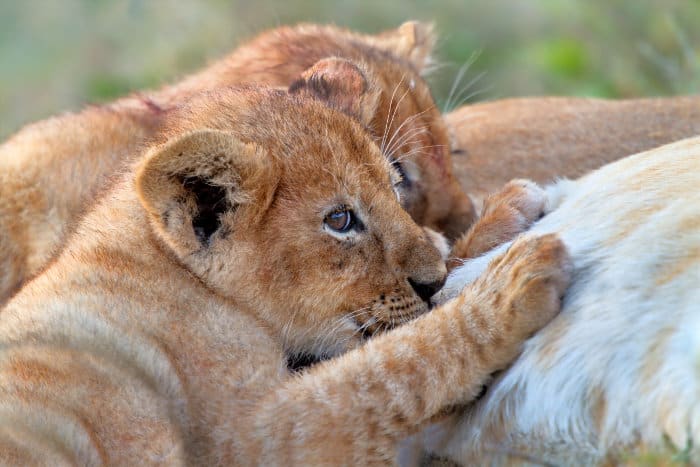 African lions are considered vulnerable of extinction by the IUCN Red List. Even though baby lions grow up to be powerful predators, they still need some help to ensure their survival.

Lions are threatened by the loss and fragmentation of habitat.

Even more sadly, they are also killed by humans for a variety of reasons. Lions are killed by people for hunting trophies, medicinal powers, in traditional bravery rituals, and by ranchers protecting their livestock.

Unfortunately, something called canned hunting still exists in Africa. This is when hunters pay a lot of money to hunt a lion in an enclosed area, taking away the real game of the hunt and making the kill very easy for the hunter.

It is important to know that the petting of cubs by tourists is often directly related to the canned lion hunting industry. Tourists will find it very tempting to play with small lion cubs if given the opportunity, especially if they don’t know its direct correlation with canned lion hunting.

Sadly, there are lion farmers who rent out baby lions to tourist locations and even volunteer organisations. It’s easy to think that you are helping lions, when you are actually hurting them by partaking in this activity. After the baby lion has grown too big for petting and tourist activities, it is then sold to a farm for canned hunting.

Wild animals, including lions, should be kept wild. And this means not having any human interaction, especially not with tourists!

While many governments and organisations throughout Africa are actively trying to put an end to canned lion hunting, it is still happening at an alarming rate.

Encountering Baby Lions in the Wild 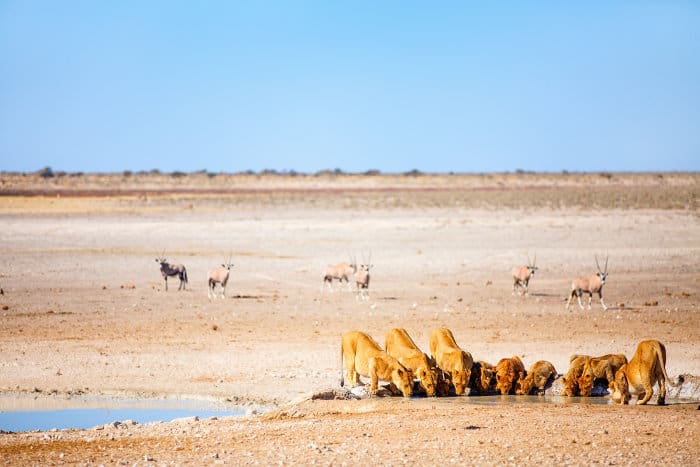 Now that you know everything about baby lions, do your part in ensuring their survival by sharing this knowledge. Simply sharing knowledge is a great way to help protect these magnificent wild animals.

And the best way to support baby lions is not to pet them, but to admire them in the wild on an African safari. You will be supporting the wilderness and keeping the landscape wild, so cubs can grow up and become kings of the savanna.

When mother gemsbok comes to the rescue 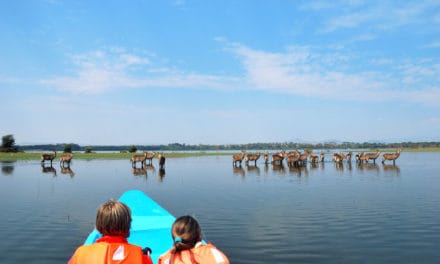 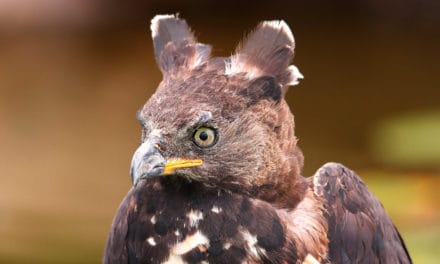 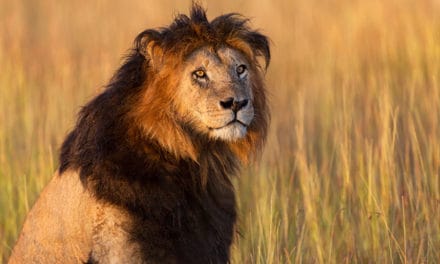