Lions have an incredible variation of calls and none of them sound much like what we get taught at school.

This short article guides you through the sounds and when they are used.

A male lion roar is an incredibly low-pitched call. It resonates and rings out for 8 kilometres across the savannah. Lionesses have a medium-pitched roar that isn’t as loud as the males.

This is one of the great animal calls. On a safari you will often hear it at night: you are relaxing at the camp and across the wilderness comes this deep echoed sound!

Lion roars are a show of power. They are used to assert dominance and to tell rivals and other animals how big they are (just like in the Lion King!).

Roars warn other lions off a territory or kill, as well as frightening everything else on the savannah, safari visitors included. 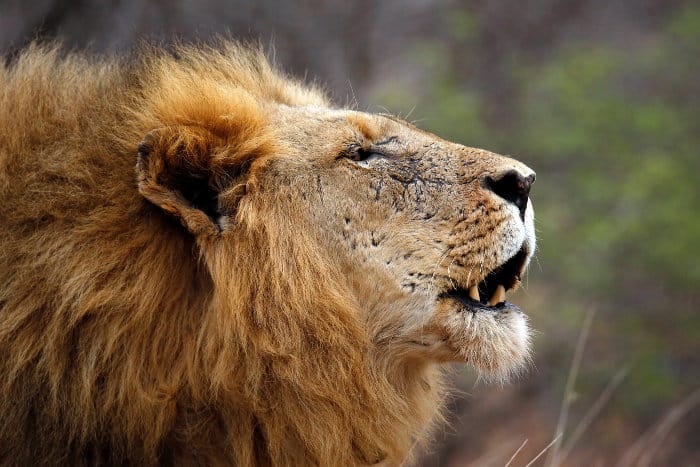 Most of the lion sounds you will hear on safari are low-pitched grunts. Some safari guides have learnt to imitate these grunts and have conversations with the big cats.

Smaller cats, including the domestic kind, communicate through purrs and meows.

Grunts are louder and more forceful, a sound only possible for a larger cat.

Grunts are everyday communication and each lion can demonstrate a wide range of pitch and volume. 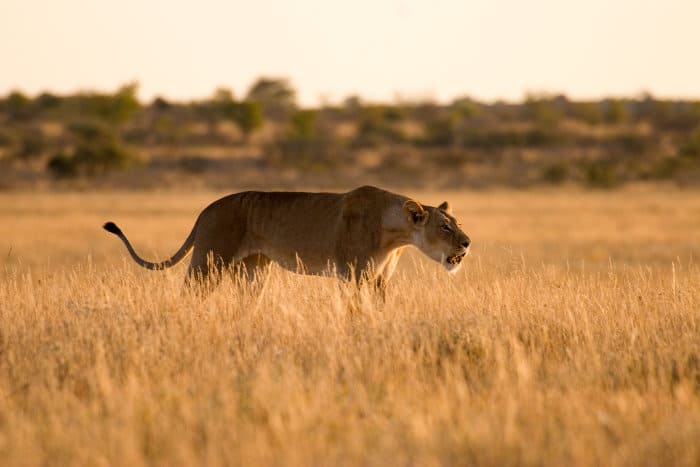 Get really close to a lion pride and you’ll start to hear more noises. Soft subtle purring. Gentle moans. Regular huffing and puffing. These are happy lion sounds, used between individuals within a pride.

A lioness will also use these soft sounds to call for her cubs. Many other animals utilise loud, sharp calls to warn their offspring of danger. Lionesses don’t need to shout – they just whisper a message across the wild.

Lion roars may ward off rivals but they also alert potential prey. One roar and the antelope quickly scamper away. Hums and purrs allow lions to communicate without giving away their location to everything within 8 kilometres. 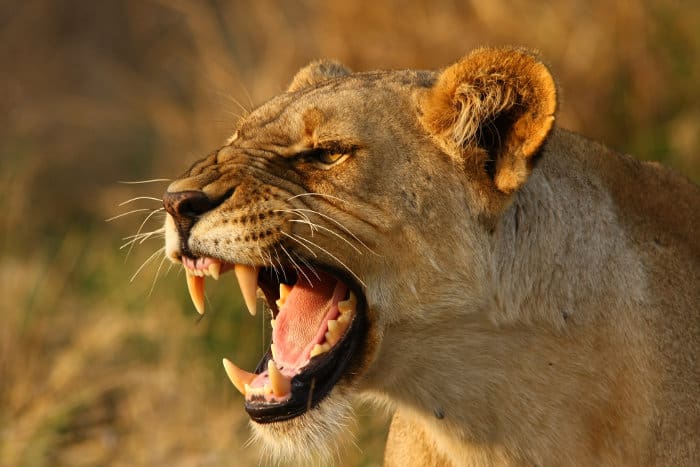 Lions don’t always want to rock back on their hind legs and let out a deafening roar. It takes a lot of effort and why disturb the peace?

Short, sharp growls (and snarls) are another method of showing dominance. This sound is usually used within a pride, particularly when a male lion is unhappy with the behaviour of another. 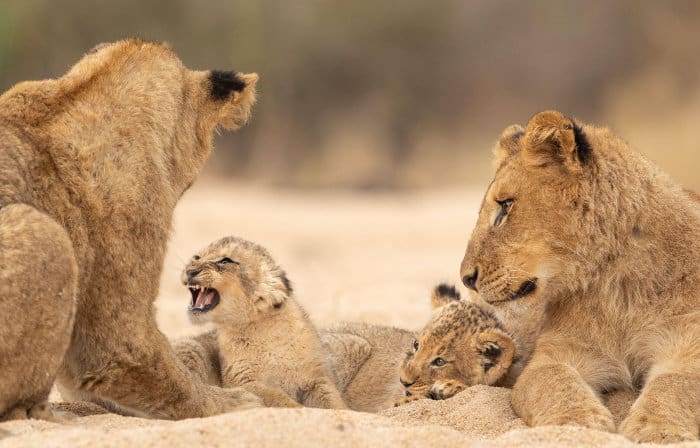 Body language is more discernible with lions than almost any other animal you see on a safari.

Lions communicate with gestures. Just think of a lion baring its huge sharp teeth – that’s enough to scare away anything, with or without a roar!

When showing dominance, lions will stand on their tiptoes, lift their tails and hunch their backs.

Happy lions often lick and gnaw at each other, a behaviour you often see in cubs.

When a mother or male lion is unhappy with subservient member of the pride they will swat it with a paw, or apply a gentle bite to its neck.

Listening to a Lion on Safari

It’s completely black inside the tent. You can hear a few little sounds, but mostly it is completely silent.

Then out of nowhere comes a frightening low-pitched roar. It sounds like the lion is right next to the tent! But that’s the power of the sound a lion makes.

They are heard from many kilometres away, so you are perfectly safe on safari, listening to lions from a distance.

Now that you know what sound a lion makes, check out some of the other intriguing sounds of the wild. 😉

2 thoughts on “What sound does a lion make? Learn the complete lion vocabulary”