Only a privileged few have heard the sound a leopard makes. These elusive and solitary cats are usually silent. Yet they can make one of the most impressive sounds in the animal kingdom.

Time stands still when you hear a leopard roar. As deep as a lion call, as evocative as any elephant hoot, the leopard sound is a call of the wild. 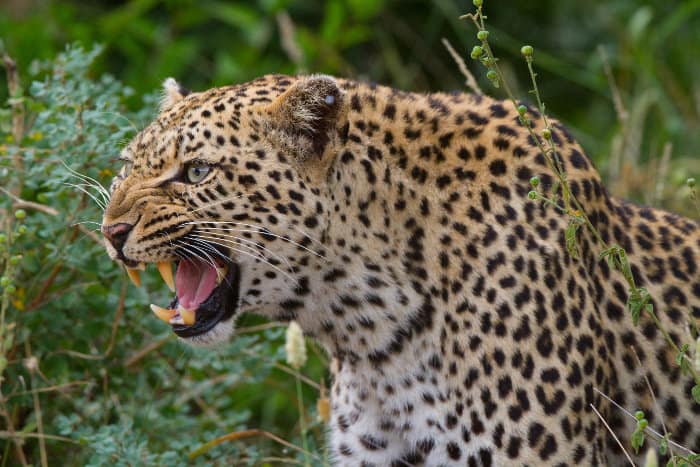 The biggest four cat species are different. They have a ligament in their voice box. By stretching this ligament they allow more air to pass across the vocal cords. This helps to create a deeper sound and a wider range of tones.

That means that lions, jaguars, leopards and tigers can roar, but can’t purr. So cheetahs and all other cats are capable of a continuous purring sound while the most majestic predators are not.

Lions regularly roar out, alerting everything within 12 kilometres to their presence. However, leopards don’t like to give up their location.

These secretive animals prefer to be elusive and keep sounds to a minimum.

Furthermore, African leopards are solitary. So they don’t have anyone to share everyday sounds with. 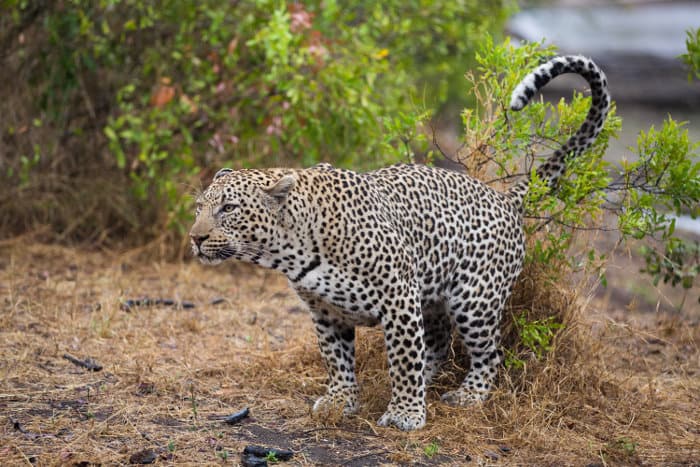 Staying silent doesn’t mean they don’t communicate. Leopards have an exceptional sense of smell and they use this to mark territory and communicate messages with rivals and mates.

Did you know that leopards have urine scent glands between their toes and on the tail? That’s in addition to scent glands on their head and cheeks. 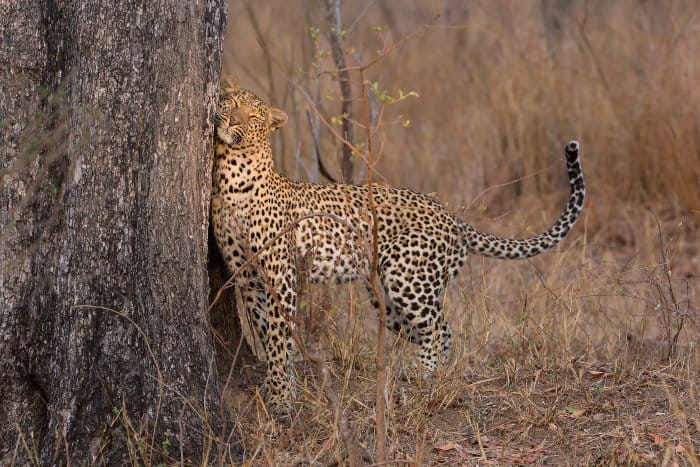 Females and males communicate through scents, long before they actually meet and mate.

The most iconic of the leopard sounds is a long sawing roar.

Lions have a distinctive grunting roar. Leopards have the baritone pitch. Their roars are hoarse and are repeated for up to a minute. It can sound a little like a saw working its way through a tough tree trunk.

It can even sound like a loud rasping cough, notably the clear definition to each inhale and exhale.

This sound is used when a leopard really wants to be heard. There isn’t any definitive evidence on how far this sound travels but it’s likely to be similar to a lion – 12 kilometres.

Note that a leopard’s audio senses are five times greater than that of humans. They can hear a greater variety of pitch and pick up on sounds from much further away.

This is due to highly evolved ear flaps that concentrate sound waves deeper through their auditory canals.

A roar is a show of dominance. It may be used when the leopard is threatened or to mark territory. Fights between males are relatively common and these roars will be used as a precursor to battle.

Every leopard has its own identifiable call. A rival can clearly distinguish who is roaring at them through the trees.

After making a call the roar may be answered by another leopard. This communication will be repeated as the leopard states its claim to a particular territory.

Other Incredible Sounds on the Savannah 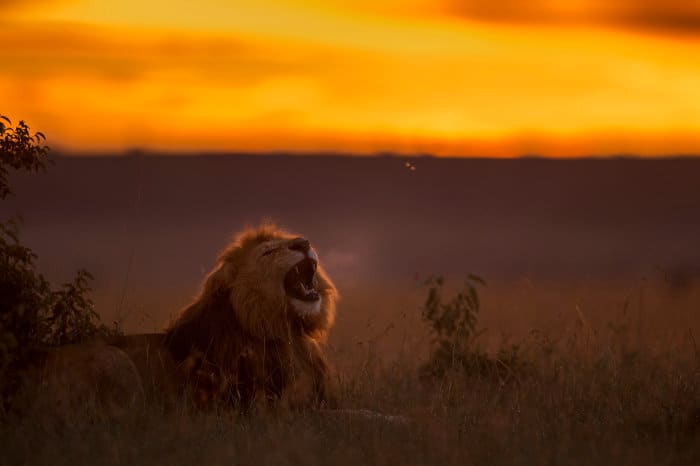 Spotting a single leopard is often the highlight of an entire week on safari. These are perhaps the most revered of all safari animals and it’s a pleasure just to glimpse one.

Listening to one is even rarer. You will have to be lucky to experience such a beautiful orchestral moment. But was that roar really a leopard or a lion?

Read about the sound a lion makes, sounds made by elephants, buffalo and rhinos.

And if you’ve been on safari and tuned your ears to a leopard, please let us know. 🙂