Africa is a wild continent home to thick jungle and majestic cats.

But are there tigers in Africa?

There is a tiger in The Jungle Book, but that’s a work of fiction set in India. Do you remember any tigers in The Lion King?

Commonly taking top billing as the quintessential cats of our planet, lions and tigers captivate us like few other animals.

But, honestly, how similar in stature and style are this pair of colossal cats? Are there tigers in Africa and can you find lions in Asia?

There Are No Wild Tigers in Africa 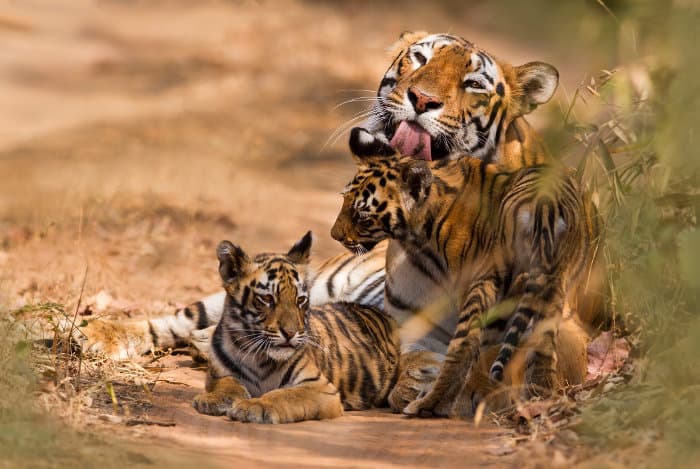 No, there are absolutely no wild tigers ambling around the African continent.

Are there no tigers in Africa because we hunted them all?

Tigers don’t live and have never lived in Africa. If tigers did live in Africa it would result in a tense atmosphere for the other cats, who already have to tussle and jostle for their prey.

Nobody can seem to explain why, but lions and tigers have often been wrongly associated with one another.

Like fish & chips or Tom & Jerry, ‘lions & tigers’ have constantly been mentioned in the same circles, but they’re actually more like chalk & cheese.

Maybe because they are the largest, most physically imposing members of the cat clan, they are misidentified and mistaken for each other.

Interestingly, lions do live in Asia. There is a small population of Asiatic lions living in India, although their number is extremely low. Only around 650 Asiatic lions remain in the wild.

Their number is increasing thanks to rigorous conservation methods. This species was once very common but has been systematically hunted on a scale even beyond what has happened in Africa.

Tigers are the ‘real’ kings of the jungle

Geographically, these two splendid specimens could not be more dissimilar either.

Unless you include the mascots of two of the Japanese Baseball League’s most prominent teams – Seibu Lions and Hanshin Tigers – these two species of super cat should never be seen strolling past each other in the street.

The lion is the long-standing resident of Africa’s dusty savannah, wreaking havoc through the ranks of its preferred prey. It lives in wide-open spaces.

In total contrast, the tiger has roared and ruled throughout the jungles, marshlands and mountains of the diverse continent of Asia.

Tigers are the true kings of the jungle, so how did lions get that nickname?

You can thank popular culture and media stereotyping for that – nobody in Africa knows the lion as the king of the jungle.

Both these animals are the apex predators of their environments. So who would win a duel between these two epic cats? This tiger vs lion article explores the hypothetical question.

Lions are the sires of the savannah

When it comes to the company of cats, the lion is the leader of the African land.

It’s virtually the only cat to habitually hunt and routinely socialize with other members of its own pride, the lion is unique in behaviour and lifestyle.

Much like house pets that can be seen lazing and lolling around a typical Western home, most cats prefer to exist alone, roaming in self-imposed isolation. The exception to this naturally notable rule is the lion.

With an incredible top speed of 81 km/h yet severely limited stores of stamina, lions have learnt to hunt big prey by hunting as a team.

Countries Where Tigers Can Be Found 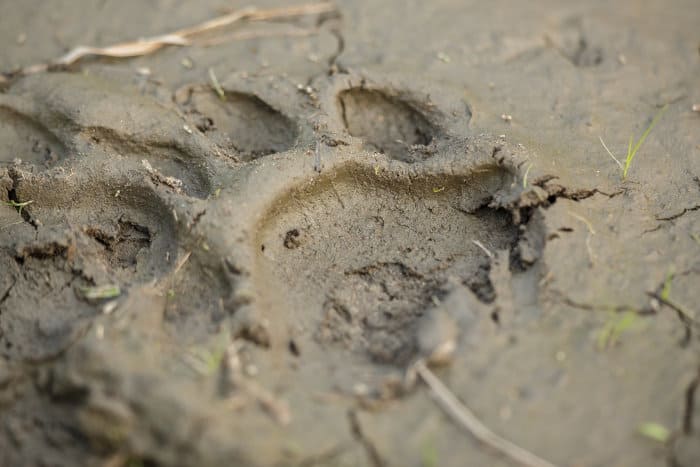 The majority of the tiger species can be seen strutting their stripey stuff across the great continent of Asia.

With the exception of some of the most harsh regions of Russia, tigers commonly congregate in the Asian nations of India, Nepal, Indonesia and China.

Because of severe human-led habitat destruction, the plight of tigers in all of these places seems quite hopeless. All tiger species are listed as officially endangered.

Given the bleak animal rights record boasted by some of the nations in which the tiger is native, we should be extremely concerned about this majestic cat’s future.

How about a relocation to the home of all things wild and wonderful? Could Africa be a solid solution to the problem of where to house this hostile hunter?

Would tigers be able to thrive in Africa? Can there be a future where there are tigers in Africa?

For many experts, a resounding ‘no’ is the response.

Due to inhospitable conditions, Africa’s open savannahs and lack of cover are unsuited to an animal who uses the element of secrecy and surprise to hunt.

Others, however, see a potential for tiger prosperity on the African continent.

In attempts to combat the early warning signs of tiger extinction, tiger sanctuaries are being set up in Africa. These attempt to bolster their numbers with varying levels of success.

Some such sites built in Africa have come into major criticism for inadequate facilities, lack of expertise, and overall disappointing results.

Many of these sanctuaries simply use captive tigers as a means to attract visitors, who can see tigers and lions side by side.

But as all regular visitors to Africa Freak will know, there is an enormous difference between wild and captive animals. The encounters and wildlife experience are simply not the same.

Repeated efforts have been made to raise and train tigers to be more independent, especially in the deadly discipline of hunting their own food. As yet there have been no attempts to release those deemed ready into the African wilds.

The only African presence of these proud cats is in zoos, conservation parks and other such facilities.

Does Africa really need another wild cat? And is there enough Africa in the tiger?

The Big Cats of Africa 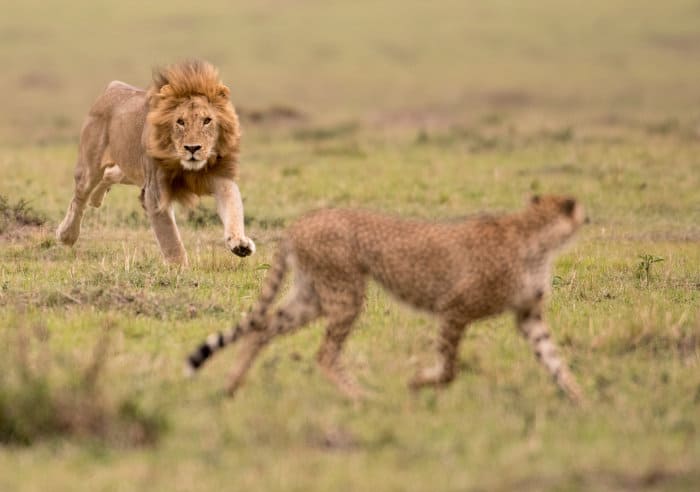 The lion, leopard, serval, caracal, cheetah – these are all big cats which can be seen striding around the African savannahs and vast plains. Not the tiger.

Doing their collective utmost to stay clear of one another through the course of a normal day, these genetically similar creatures coexist in the same territories, but rarely compete for the same food source.

Each cat has a different preferred prey, so while they live in the same space, they survive in a different way.

When the paths of these meat-eating predators do inevitably cross, a passive purr or a guttural growl are usually enough to avoid any close-quarter collision.

Generally content to coexist in their natural habitats. Cooperation is rarely required between species as each possesses the tricks and tools to survive and thrive on the plains.

Whether spending their days climbing trees or stretching out on Africa’s most panoramic savannahs, all cats share a host of traits.

As crepuscular creatures, these animals need massive amounts of sleep.

Regularly being in various stages of unconsciousness for 16-20 hours per day, it’s a miracle that these deadly dozing cats find any time to do anything else – never mind the time needed to smell, stalk and snuff out a sizeable meal.

Less in a deep slumber and more in a long snooze for most of their nap, many of Africa’s cats simply rest their eyes without having a deep sleep.

Predatory cats, especially lions and tigers, can eat enormous quantities of food in a single meal. So much energy is devoted to digesting food that the cats can suddenly become sleepy and sluggish, with an urgent need to be still.

Their uncooked carnivorous diet consists almost exclusively of uncut slabs of flesh, freshly killed and torn from the bone. The wild cats of the world rely on a radically advanced ability to disintegrate and digest raw meat and flesh.

Interestingly, tigers have the same sleeping patterns as African cats. They can slumber for up to 20 hours a day!

Cheetah vs Leopard – Spot the Difference 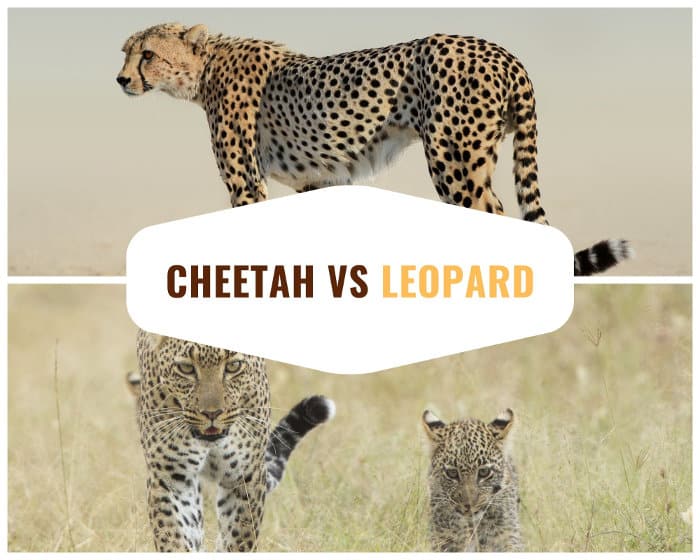 Tigers don’t live in Africa. Instead of animals with stripes, Africa is home to big cats with spots.

You can be forgiven for confusing two of Africa’s big spotty cat species – the cheetah and the leopard.

Both share the same spotted bodies. At first glance it makes them appear as if dressed in pyjamas, painted in polka dot patterns but, closer observation of the face gives the game away.

The spots of the leopard seem to spill over onto a fluffy, short-furred face.

In contrast the cheetah has a face of clear golden fur, with two black streaking lines coming down like tears from its eyes.

Discover other ways to distinguish leopard vs cheetah here.

The Future of the Lion and the Tiger 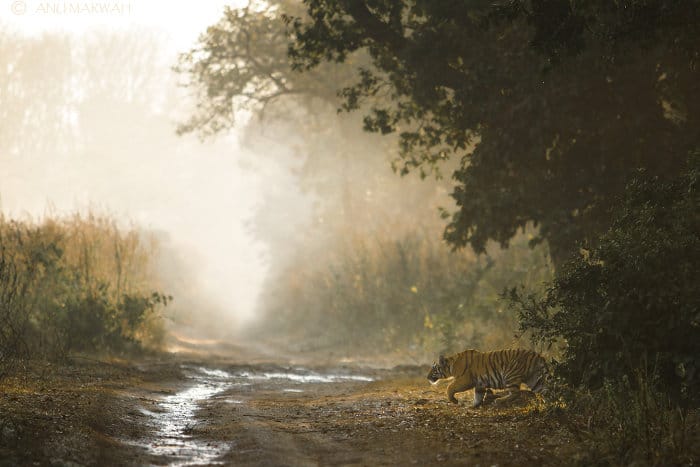 As the bio-scientific creation of the mammoth-sized ‘liger’ has illustrated, tampering with nature often leads to something we don’t expect and can’t control.

Any major manipulation of the mighty tiger or lion, in terms of breeding, behaviour or habitat, will always be morally questionable.

Undoubtedly, both Asia and Africa are enormous regions, happy to provide homes to some of the world’s most magnificent wildlife but, in the case of the lion and the tiger, co-existence may not be in either animal’s interest.

So when people ask are there tigers in Africa, the answer is no, and long may it stay that way. 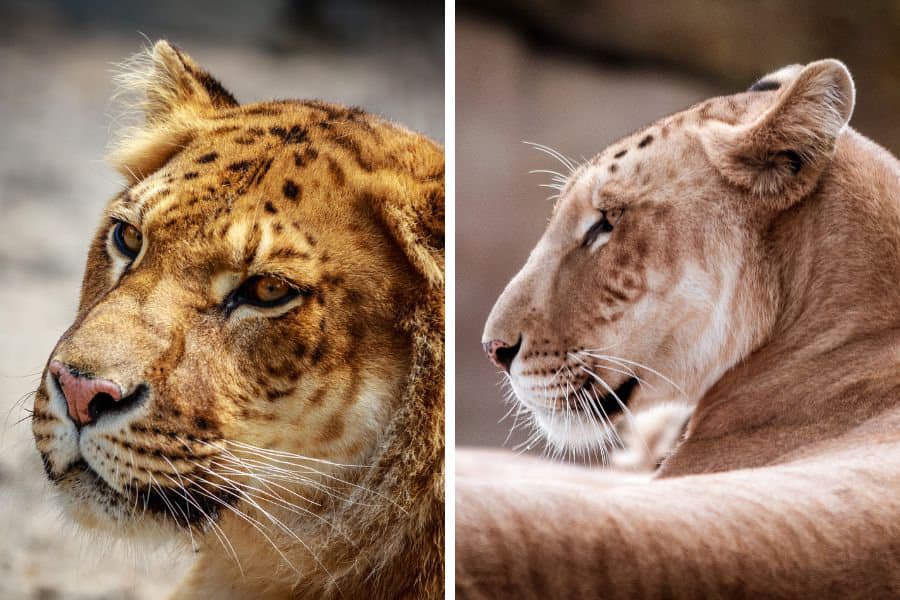 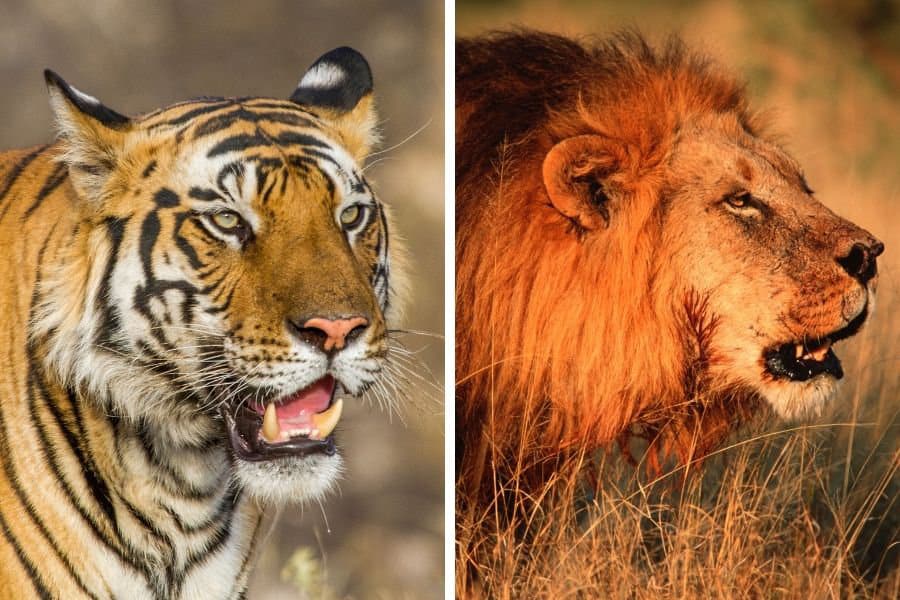 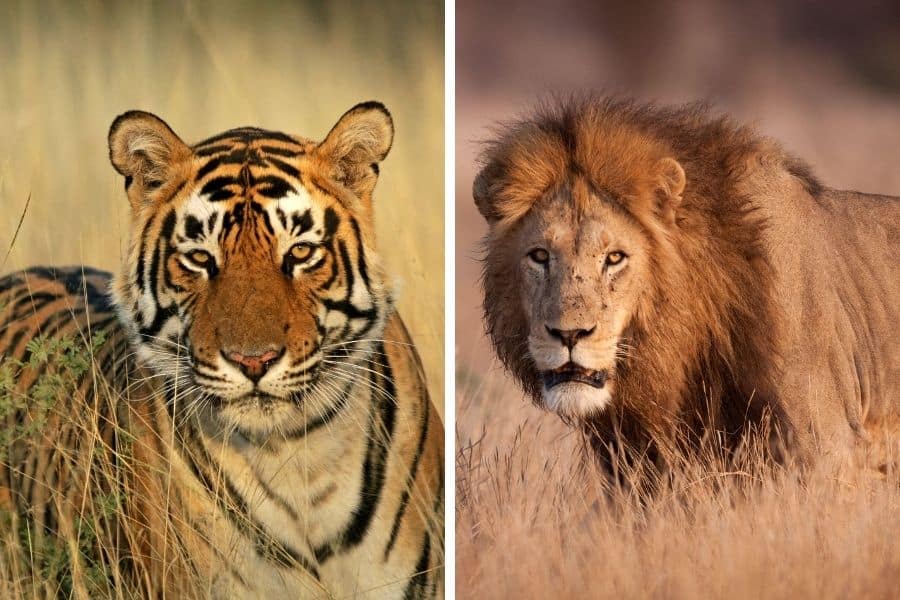