Can tigers and lions mate? The simple answer is yes, yet there’s a lot more to this question than meets the eye.

Lions and tigers are the largest and best-known of all the big cats. Despite some similarities, these fantastic felines are very different.

Perhaps a better question is how can tigers and lions mate? With a few rare exceptions, they don’t even live on the same continent!

As is often the case, we have humans to thank (or blame) for tiger and lion hybrids. Read on to find out what these hybrids are called, how they occur, and whether it’s a good thing.

What do you call the offspring of a lion and a tiger? Well, that depends on the sex of the big cats in question.

While responsible zoos keep lions and tigers separate, both ligers and tigons have occurred in captivity, either by accident or by purposely breeding them. 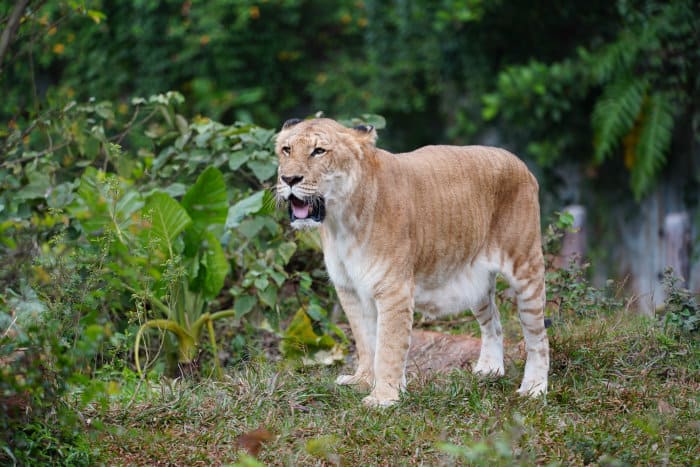 Ligers are known for their size, and often grow larger than either parent. They hold the record for “largest living cat”, at 418.2 kg (922 lb).

They tend to resemble their father, with a lion’s orange-brown fur. Males will also grow a short mane. From their mother’s side, ligers often have faint stripes.

Personality-wise, ligers are sociable like lions, but have a tiger’s love of the water. 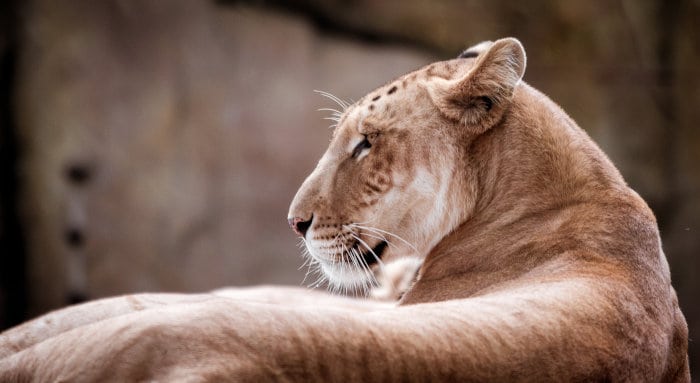 Unlike ligers, tigons don’t outgrow their parents as they inherit growth-inhibitory genes.

They can resemble both parents, with stripes from their father and spots from their mother. (Young lions have a spotted coat.)

Lions and tigers aren’t the only species in the Panthera family that can breed. Though other big cat hybrids are even rarer, leopards and jaguars have mated with lions, tigers, and each other.

While there are tales of wild leopards and lions (leopon/lipard), or leopards and tigers (leoger/tigard) mating, the only documented cases have been in captivity.

Jaguars are the only big cats in the Americas, so there’d be no chance of wild jaguar hybrids.

How Can Tigers and Lions Mate? Animal Hybrids Explained 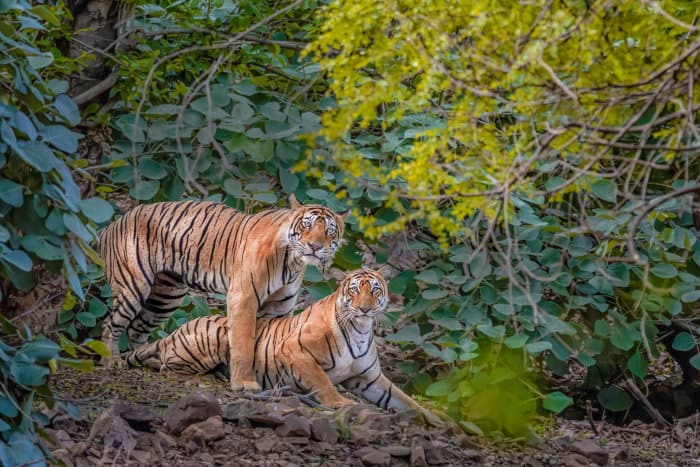 You might be wondering: “how can tigers and lions mate?”. After all, they diverged millions of years ago.

Mules (horse and donkey), coywolves (coyote and wolf), and even pizzly bears (polar and grizzly) are a few examples. It’s even more common in plants.

The offspring, known as hybrids, are usually – but not always – infertile. In fact, female ligers and tigons have successfully bred with other big cats in captivity.

This has caused scientists to reconsider the definition of a species.

Do Tigers and Lions Meet in the Wild? 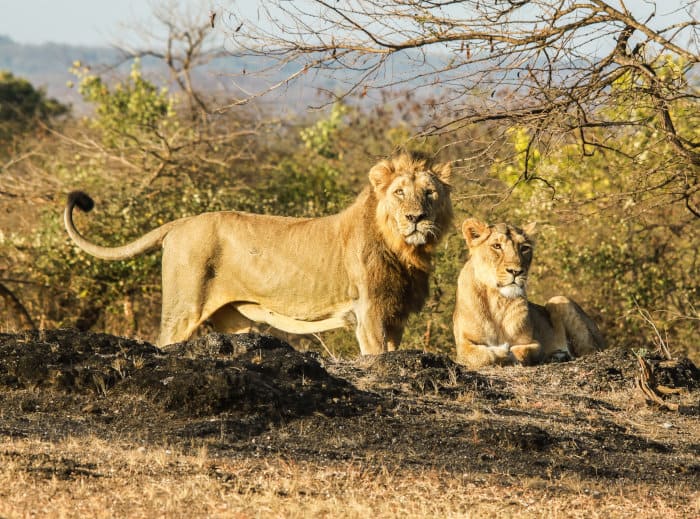 The African lion may be more famous and widespread, but a small number of Asiatic lions live in the Indian state of Gujarat.

Historically, lions roamed much of northern India and the Middle East. Today, their final stronghold is the Gir Forest region, where under 1000 individuals remain.

Tigers, of course, also live in India. However, they inhabit different parts of the country. Tigers used to live in parts of Gujarat, but apart from a single individual, they’ve been absent for the last few decades.

Are there tigers in Africa?

Tigers share a common ancestor with Africa’s big cats, but they haven’t returned to Africa since their ancestors migrated to Asia around two million years ago.

In other words, there are no wild tigers in Africa.

However, there are a few tigers in private game reserves in Free State, South Africa. One of these reserves has taken captive-born South China tigers and “rewilded” them on land that was previously abandoned sheep farms.

The aim of this project is to release the tigers into the wild in China. That means there’s still no chance of naturally occurring lion and tiger hybrids.

Do tigers and lions mate in the wild? 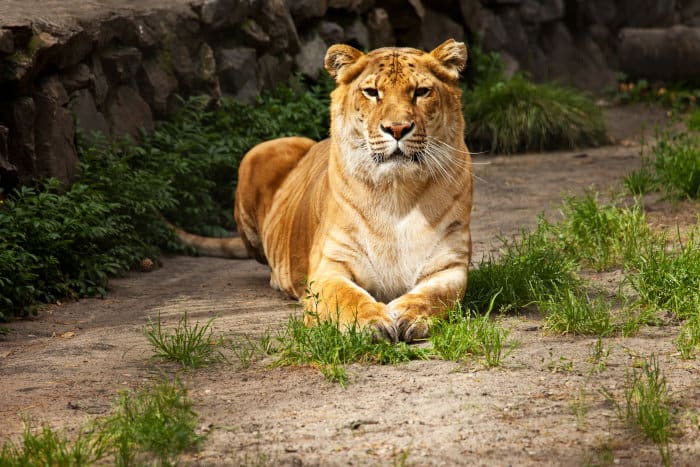 Since there’s no territorial overlap between the two species, it should be obvious that tigers and lions don’t mate in the wild!

Historically, when both big cats had a much wider distribution, there may have been opportunities for encounters. There are legends of wild ligers, but no proof that these hybrids ever roamed the earth.

Just because lions and tigers can mate, doesn’t mean they would want to. Captive big cats may lack choice, whereas in the wild, they’d have no reason to stray from their own species.

Should Lions and Tigers Mate?

While it’s possible for lions and tigers to breed, another question is whether it’s ethical.

Hybrids often have health issues, and ligers and tigons are no exception.

Luke Hunter, head of wild cat conservation organisation Panthera, said: “there’s a much greater chance of the genetics being messed up” with hybrids. That makes infertility, or other genetic defects, more likely.

Big cat experts have also called these hybrids “pointless and unethical”, since they have no conservation value.

Responsible zoos should highlight the plight of threatened animals and educate the public on conservation. Hybrids, on the other hand, are often bred simply to be a spectacle.

So, should lions and tigers mate?

If a wild lion and tiger somehow met in the wild and chose to mate, that would be one thing. Humans exploiting these hybrids for profit is another.

See Lions or Tigers (Separately) in the Wild 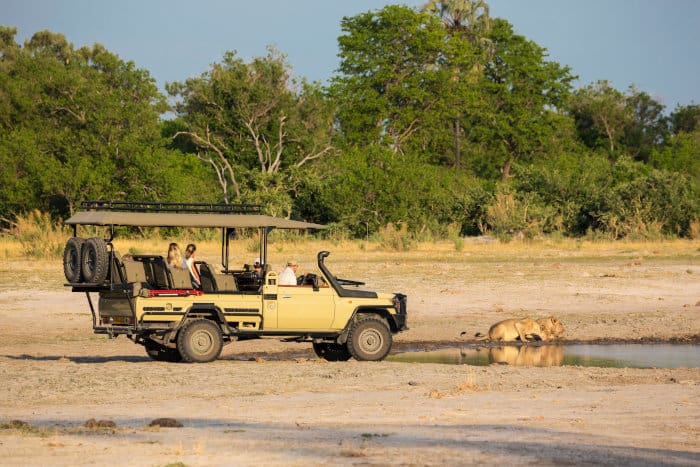 While the answer to the question “can tigers and lions mate?” is yes, it’s not natural behaviour.

Seeing either of these beautiful big cats in the wild would be a magical experience. It’s just unlikely you’d ever see both at once!

Since wild tigers don’t live in Africa, there won’t be any ligers or tigons strolling past your safari jeep.

On the other hand, there are plenty of opportunities to observe lions in their natural habitat, though their numbers are dwindling.

Whether you want to see lions in South Africa, Tanzania, Botswana, or elsewhere, planning a custom safari is the best way to encounter these amazing animals. 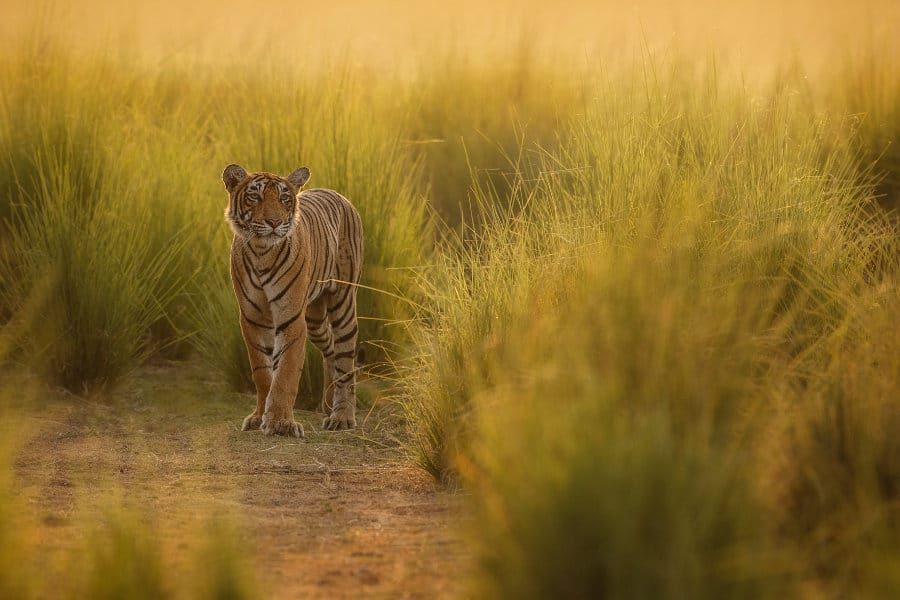 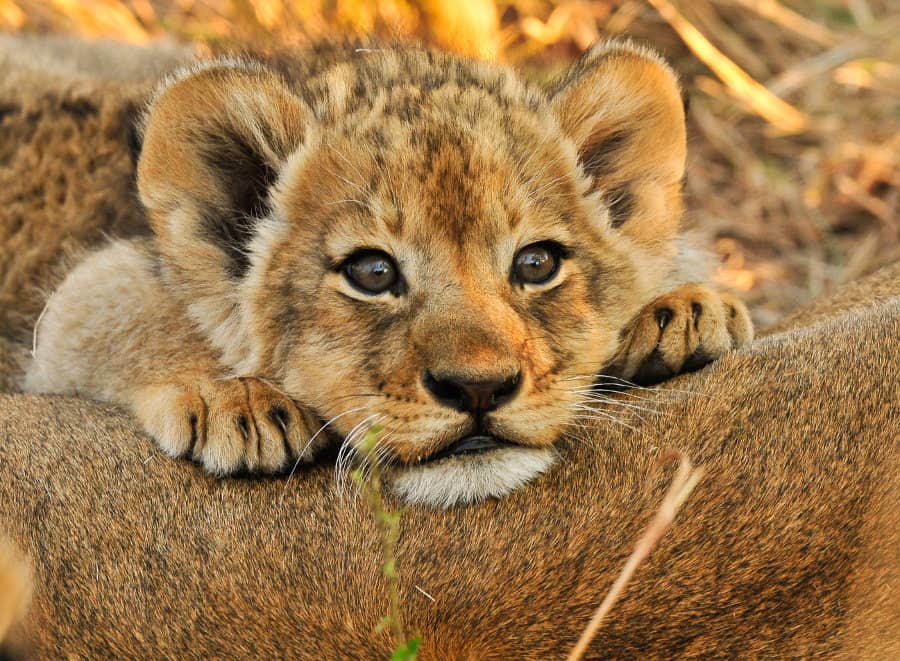