At a maximum speed of 81 km/h (50.3 mph), the lion ranks second among the fastest land animals in the whole of Africa.

Pipped only by the cheetah who can reach a mind-boggling 120 km/h (74 mph), the lion can consider itself quicker than most.

However, simply taking into account maximum speeds does not tell the whole story.

Let’s take a look at the lion’s strengths and weaknesses, noting the ways in which it outsmarts its contemporaries, even when it seems to be at a disadvantage.

How Fast Can a Lion Run? The Full Story 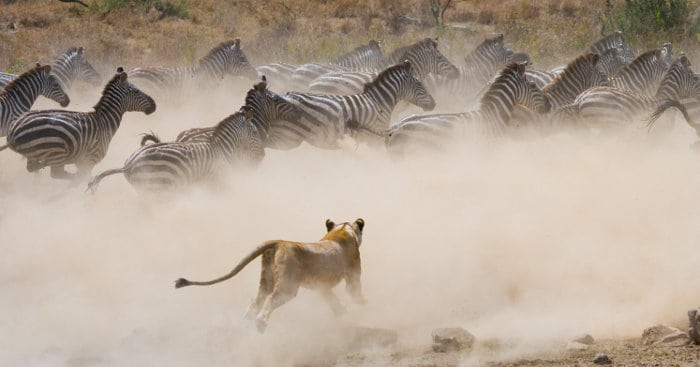 A lion can run at 81 km/h but how does it run so fast and how long can it keep running? Here’s the full story.

Is the Lion Really the King? 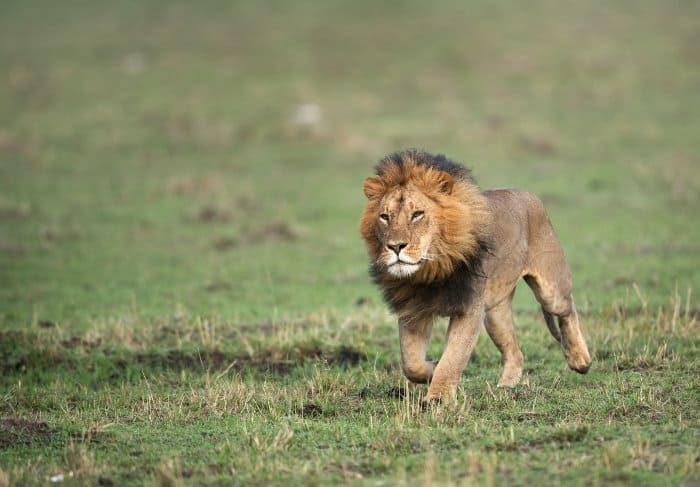 Though the lion’s top speed of 81 km/h (50.3 mph) is not to be sniffed at, these big cats are unable to sustain this unforgiving pace, especially when twisting and turning within a chase.

First, it’s important to debunk the image of the lion as ‘king of the jungle’.

Spending the majority of its time out in the open on the dusty African savannah, the ideal environment for the lion is an expansive territory stretching out in all directions, as far as the eye can see.

With its limited levels of endurance and significant size, a slog through the undergrowth is an unnecessary problem that can easily be avoided.

The only instances in which the lion may prefer the secrecy of the bush is when in need of cover to conceal its killer advances or, indeed, when in search of shade for a nap.

Simply saying that the lion can run faster than its peers and prey may lead to the simplistic conclusion that it can catch or overtake the other creatures it encounters. To think this is simply inaccurate.

So how fast can a lion run? As fast as it needs to in order to catch a meal. But not very fast for very long.

Weighing as much as a whopping 250 kg, and growing as long as nine or ten feet, the lion is the biggest cat on the African savannah. Tigers do weigh more and you may want to check jaguar vs leopard.

Despite its bulk, the lion boasts a sleek shape with a balance of torque and stealth.

This tightly wound machine of tendons and muscle can accelerate at breakneck pace. But the energy this requires takes its toll and lions can only run fast over very short distances. 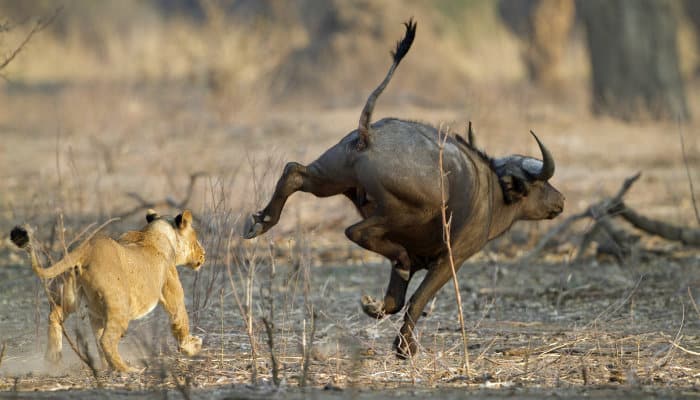 Being a sprinter rather than a marathon runner, the lion has to be selective and prepared in any attempts to capture its prey.

Not having the endurance of hyenas or wild dogs, the lion must rely on its unique set of hunting attributes.

If it can get close enough to its intended target, a lion can leap as far as 11 metres (36 feet) from its hiding place. This is one edge it can use to come down upon an unwitting victim.

That said, a slight miscalculation in the timing of attack and the lion’s dinner could be safely out of sight in seconds.

As the only known species of cat to hunt in packs, strength and solidarity in trained formations give lions the ability to overwhelm their adversaries.

Though, normally preferring to hunt with the pride, lions will go for it alone if the need arises and they can see the benefit.

This is yet another example of their versatility as a species.

With males and females of the species both willing and capable of hunting, lions prefer to stalk and circle their prey, getting to within a 30 m distance before exploding into a final charge. It’s only at this short distance that lions will run fast.

This intelligent ability to hunt together as a pride is the lion’s ultimate strength. While lions may run very fast, their intelligence helps them hunt animals with higher levels of stamina.

Most animals have the agility to twist and turn out of a lion’s way. But they can’t twist away from an intelligent pride and that is one of the ways the lion reigns supreme.

A reliance on short, sharp bursts of lightning speed is the lion’s greatest advantage and disadvantage, in equal measure.

Before any attempt to give chase can be initiated, the lion must rely on its guile to crawl undetected to within a realistic distance of its prey.

Sure, it can pounce from a standing start and be hurtling at top speed within a matter of seconds, but can it maintain the speed required to complete the chase?

If the first lunge is unsuccessful, the lion’s stores of adrenaline atrophy and its enthusiasm for the task ebbs. 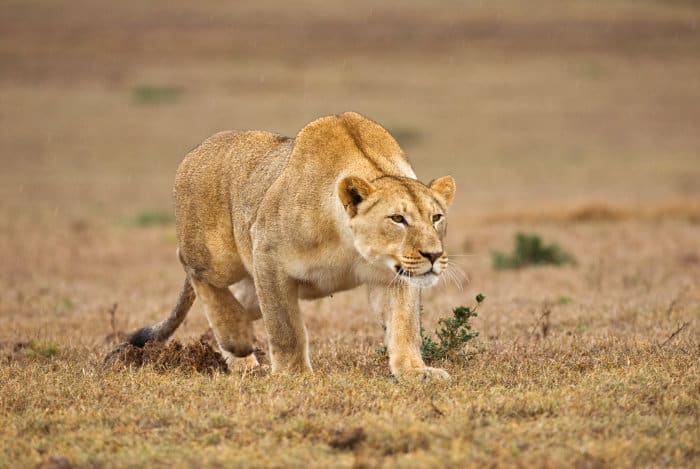 The sight of a nearby wildebeest or antelope should not lead to over-excitement. When alerted to the danger, both species can outmaneuver, outthink and outrun an overzealous lion if the race goes past the first few seconds.

Particularly if the lion giving chase is caught in two minds between which culprit to clamp onto. When hunting, lionesses predetermine a target so every member of the pride knows where to run fast. Indecision or lack of leadership ruins the hunt.

Bursting forth from behind some foliage, the lion’s sudden appearance makes a herd scatter.The drama is often short-lived if the once ferocious lion fails to make contact. It looks forlorn and turns, trotting away out of breathe and short on ideas.

Sometimes a lion does not even need to run fast. They don’t even need short sharp bursts when hunting the most stupid of all creatures on the African savannah – trophy hunters! 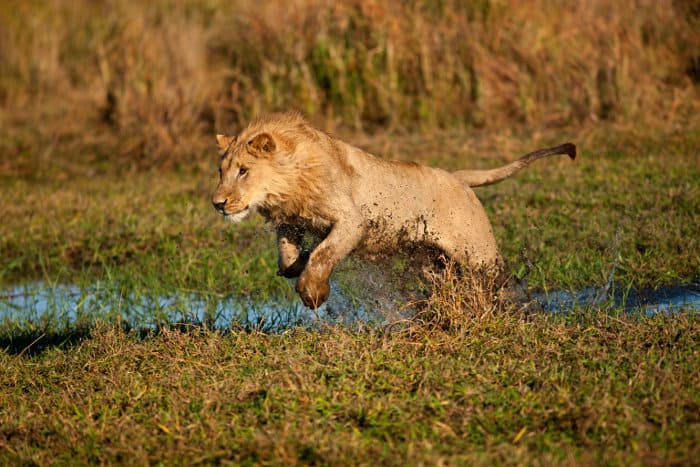 Enjoying a position of power and privilege at the absolute pinnacle of the food chain, the lion continues to call the shots in the wild.

What it lacks in stamina and sustainability, it more than makes up for with patience, adaptability and perseverance.

A true king is aware of his weaknesses and uses his wily wits to compensate.

In this regard, the lion truly is the king of Africa, even if he isn’t the fastest, biggest or most durable creature on the savannah.

The sight of a lion running fast is one of the ultimate African safari experiences. But lions are just one of Africa’s fastest animals and you never know what will happen on safari when you connect with your wild side. 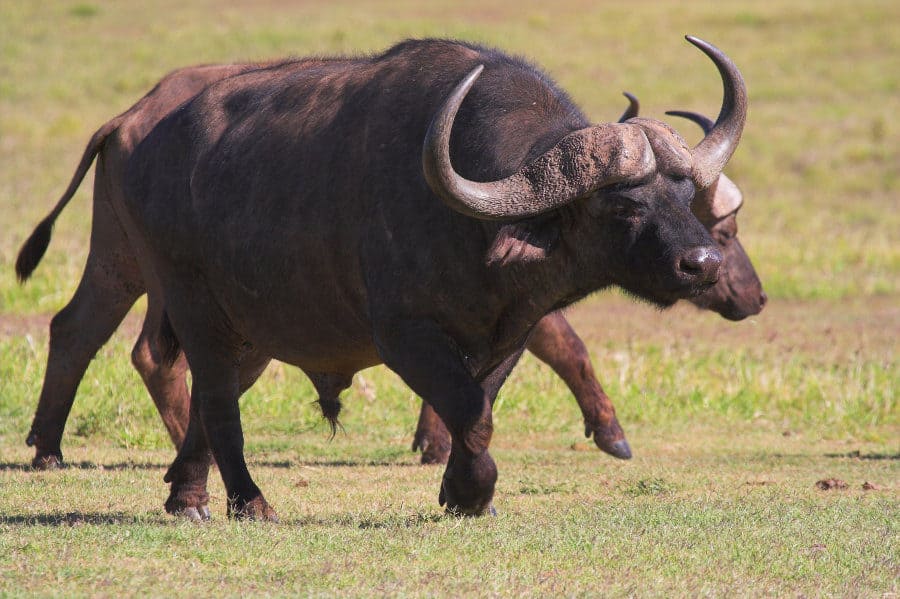 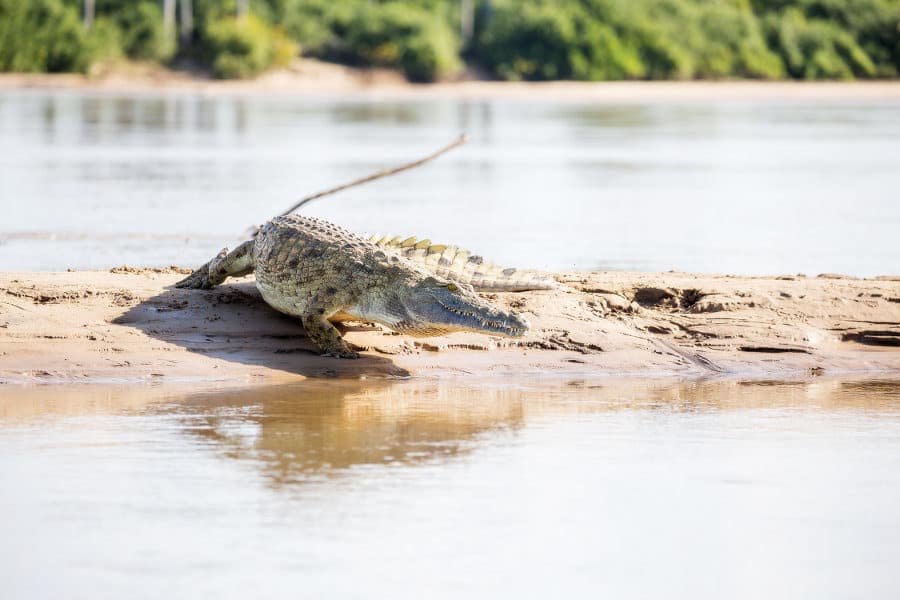