Cheetah vs leopard? If you’re a lover of giant spotty cats, you might seem a little unsure as to what the differences between the two felines are.

These two majestic cats epitomize the beauty of the African savanna and are among the finest safari sights.

But when you spot the spots, how can you tell if it’s a leopard or a cheetah?

This article tells everything you need to know.

After you’ve been on an African safari it’s relatively easy to find the differences between cheetah and leopard. If you’re lucky you’ll spot one in the open, devoid of its camouflage.

There’s also a heart-stopping moment when you catch sight of a leopard or cheetah in the high grass. They move elegantly, slowly. Then in a dramatic moment, they set off after their prey.

Which one was it? This article ensures you can identify a leopard from a cheetah and look like a pro when you turn up on safari.

The Clear Differences Between a Cheetah and a Leopard 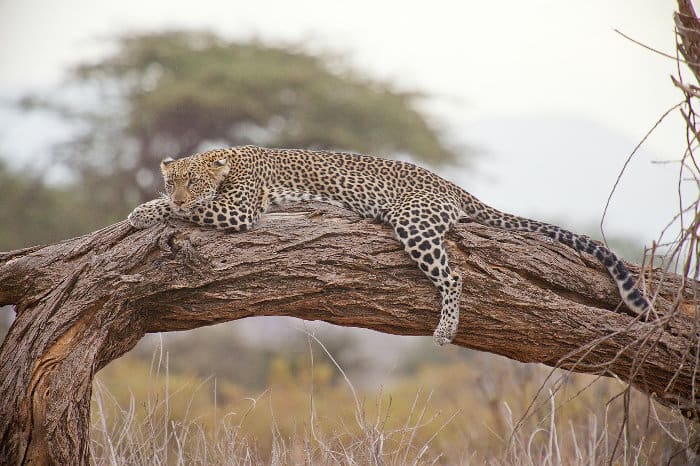 The differences between cheetah and leopard can be hard to pick up on, especially if you don’t know what you’re looking for.

Both cats fall under the endangered species list. This means that if you have the chance to see either, it’s beneficial to know which one you spotted.

Here are the major differences between cheetahs and leopards:

Spot the Difference Between Cheetah and Leopard

Cheetah and leopard differences occur not only with their spotty appearance but also in relation to their hunting, climbing, and socializing behaviors.

If you were to spot one of these creatures, take note of their subtle differences. You’ll soon understand why one is a stealthy hunter who adores trees, while the other prefers the grassy plains.

1. Behavior of the spotted cats

Cheetah females are solitary, except when raising cubs. Males, on the other hand, sometimes form coalitions of two or more individuals.

The cheetah is generally shy and not dangerous to man. These cats usually flee when encountered on foot. However, they may be aggressive when raised under captive conditions. 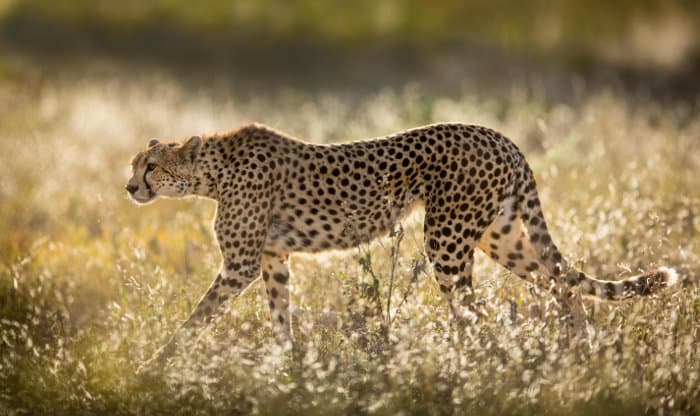 When it comes to the leopard, both sexes are shy and isolated creatures. The leopard can be relatively aggressive, especially when cornered or disturbed. 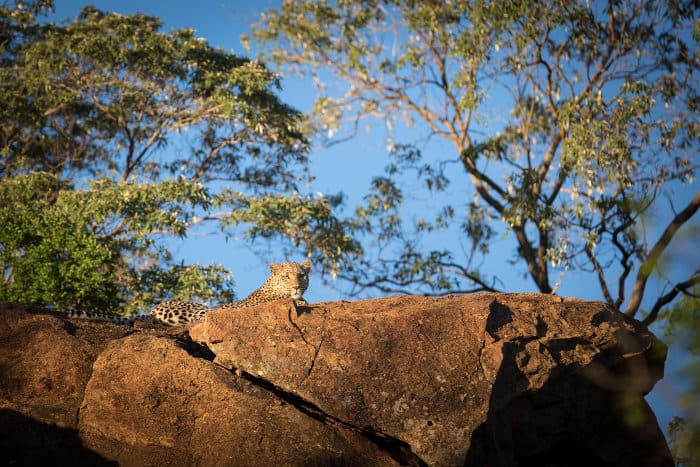 Tall and slender for the cheetah, more compact and muscular for the leopard.

The cheetah has a build designed for speed whereas the leopard needs more muscle power to drag its prey up into trees.

The cheetah relies on a firm grip on the ground in order to build up speed. With semi-retractable claws, they can easily chase down their prey for miles, without losing their footing. 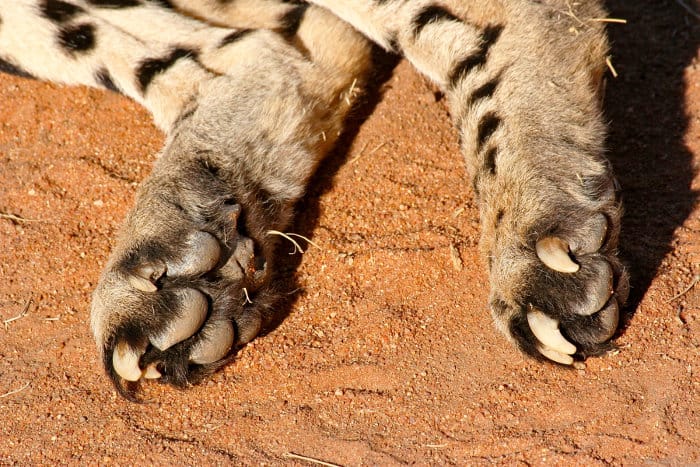 Leopards have retractable claws, like most cats. This is ideal for the tree-loving feline as it provides them with the grip for catching their prey, climbing trees, and feasting while nestled along a branch. 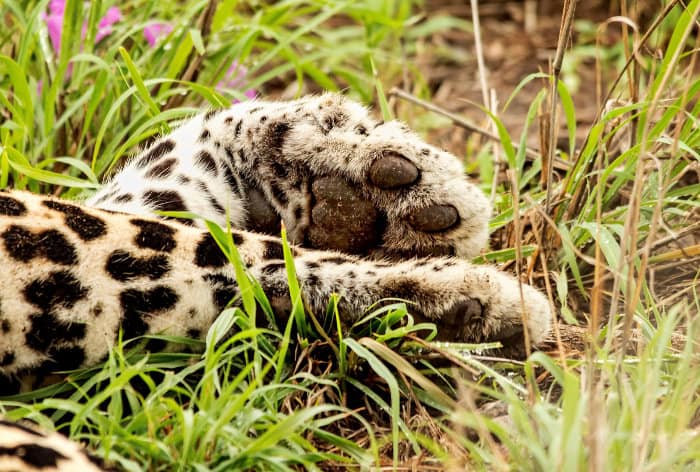 4. The difference between cheetahs and leopards habitat

The cheetah mainly inhabits savanna grasslands and plains. The slender cats often sit on termite mounds or small hills from which they scan the horizon for potential prey.

Good places to see them include Serengeti National Park, Etosha, or the Masai Mara Reserve, where animal stock is abundant.

The leopard is one of the most widespread wild felines. Leopards can be found in most habitats, from dense woodlands to savannas, mountains, and desert regions.

5. Head shape of the spotted cats

The cheetah has a small and well-rounded head, with distinctive “tear stains” that run from the inner corner of the eye to the corner of the mouth. 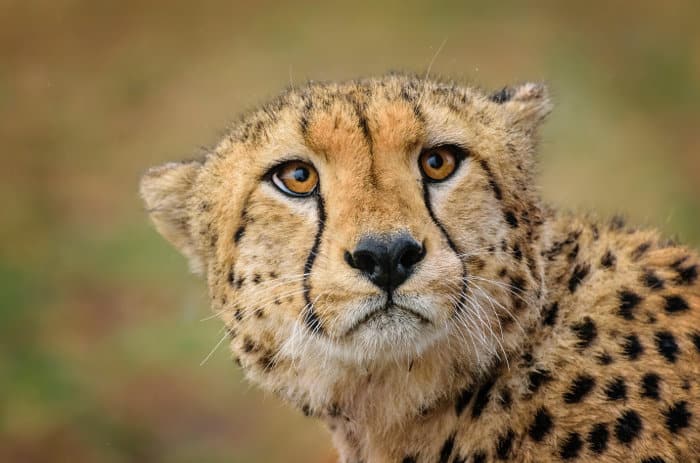 When compared to the cheetah, the leopard is a big cat that has a more elongated head with dark spots on the muzzle. 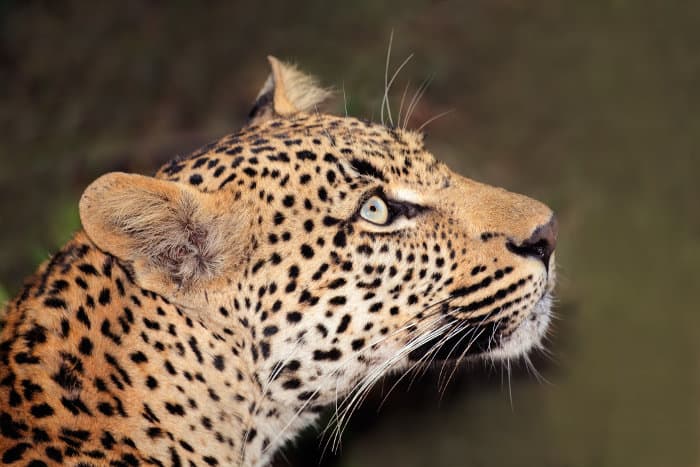 An important difference between a leopard and a cheetah is their hunting techniques.

The cheetah runs after its prey, tackles it from behind to knock it off balance, then goes for the throat.

Leopards prefer to ambush their prey from a shorter distance (5-20 yards). They pounce on their victim, taking it completely by surprise. 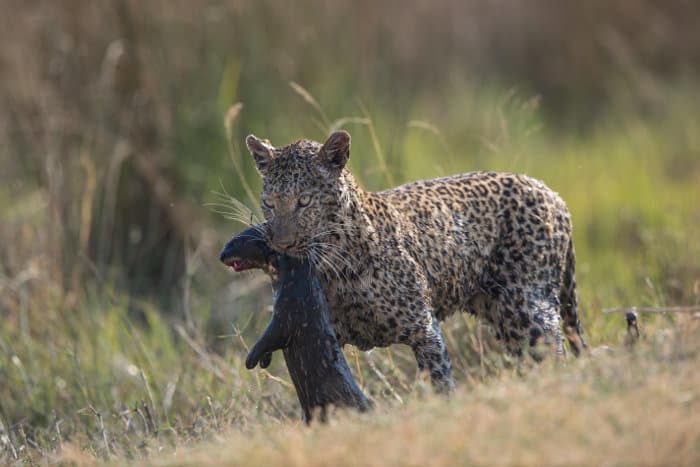 7. Legs for speed vs legs for climbing

When you compare cheetah and leopard legs, you’ll notice that the cheetah has long legs which are effective for acceleration.

Long legs don’t help in tree-climbing, which is why leopards have shorter, more muscular legs.

Are leopards faster than cheetahs?

The short answer is no. The cheetah vs leopard speed is a key factor that sets these two cats apart.

The cheetah is the fastest land mammal in the world, reaching speeds of up to 120 km/h (74 mph). It uses its long tail as a rudder and for proper balance. 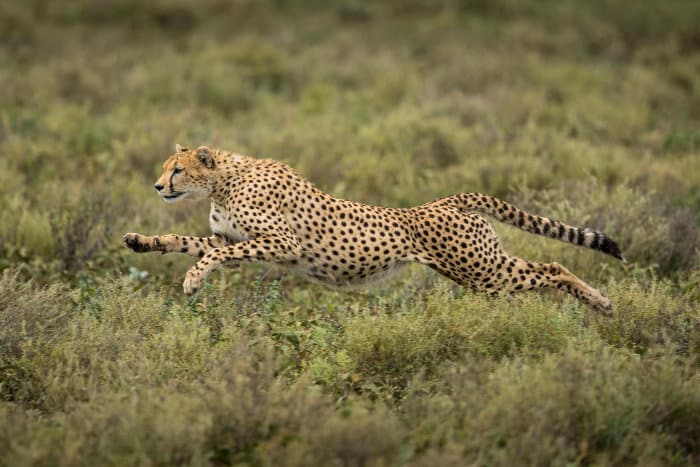 Leopards are not necessarily known for their speed, although they can accelerate to 37 mph (60 km/h) over short distances. 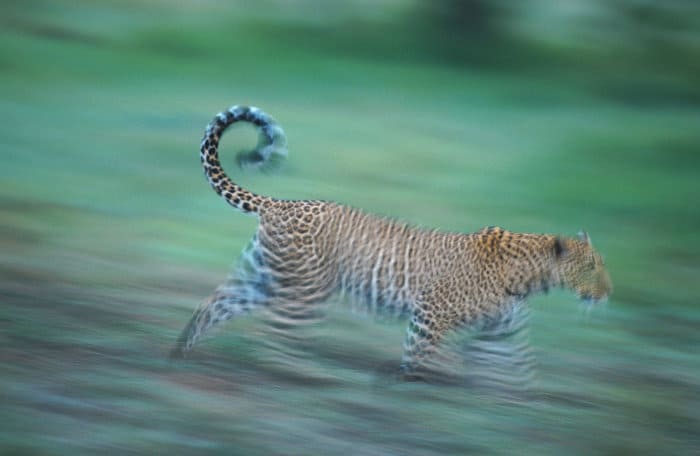 You might be wondering: What is the difference between a cheetah and a leopard’s spots?

From a distance, they may look almost exactly the same. However, there are small variances that set the spots apart. 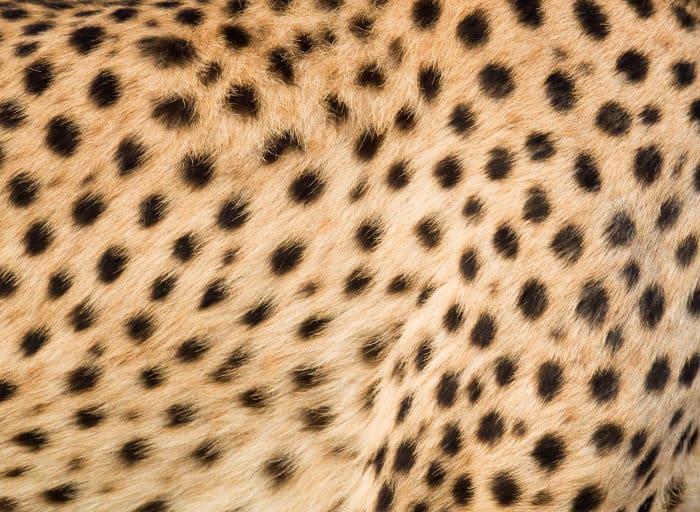 Leopards, on the other hand, have spots grouped in small rings (called rosettes) on their torso and upper limbs. 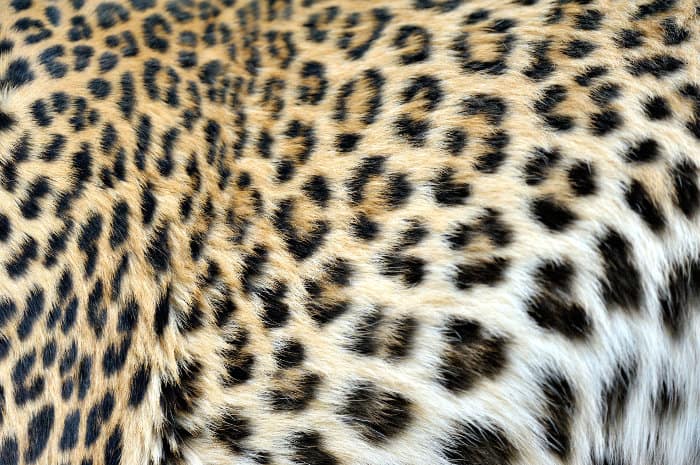 10. Sounds of the African cats

Whereas a cheetah chirps and yelps, the mighty leopard prefers to communicate with roars and growls.

Can You Tell the Difference Between Leopard and Cheetah? 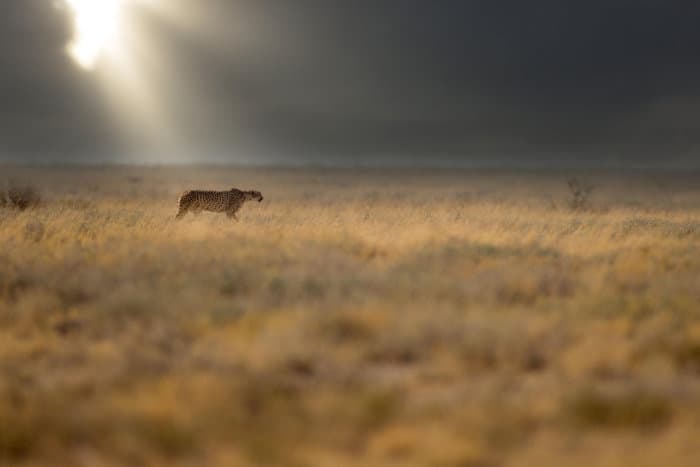 Both cheetahs and leopards are widespread across Africa. But what’s the difference between a cheetah and a leopard?

As you know by now, cheetahs are best spotted on savanna grasslands and plains. This is why the Serengeti in Tanzania, or Etosha in Namibia, are excellent places to spot these cats.

Leopards inhabit most of the safari reserves in Africa, but many people never lay eyes on the rosette-shaped spots, because leopards are so stealthy and secretive.

The Sabi Sands in South Africa is always a good choice, as guides know where resident leopards roam.

It’s easier to spot African leopards in savanna grassland than in thick forests because there are fewer places for the cat to properly hide.

So the Masai Mara or any of East Africa’s plains should provide an opportunity to see this animal in the wild.

Use your knowledge on how to spot the difference between a leopard and a cheetah when you embark on a safari tour in Africa. There’s always a chance that you will encounter both in the same park.

19 thoughts on “Cheetah vs leopard: what’s the difference between them?”