The African jungle is one of the world’s most incredible environments.

It contains Earth’s most magnificent ecosystems and is a beautiful wilderness rich in biodiversity. There are many animals in the African rainforest that you’ve probably heard of.

However, Hollywood movies often depict the rainforest, and the animals that live inside it, in a way that follows a storyline, not a reality.

This article clears up 10 common misconceptions about Africa with regard to rainforest animals, plants, and people.

1. The Rainforest and Jungle in Africa Are the Same Things 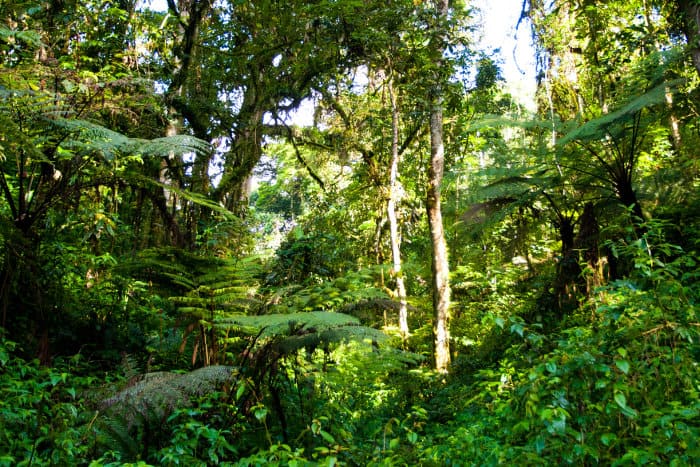 Although often used interchangeably, jungle and rainforest are slightly different in meaning. Jungle is a descriptive term, used to define an area of land (typically in the tropics) overgrown with vegetation and dense forest.

A rainforest, like a jungle, has a thick vegetation. However, a rainforest also has a layer of tall trees (a canopy) that obstruct sunlight from reaching most areas.

Considering these two terms are so similar, the term “jungle” is another common word for a rainforest in Africa.

Although gorillas are large, strong creatures, they tend to be peaceful and rarely show aggression. In fact, gorillas usually only direct violence at other gorillas, not humans.

Before a violent attack, gorillas will display a warning sign, like chest-pounding or grunting. This sends a signal to the perpetrator to back off. Violence is almost always a last resort measure.

Gorillas don’t hunt other animals either. They are mostly herbivores, with a diet consisting of bamboo shoots, stems, and fruits. Some gorillas also eat termites and ants.

The most dangerous African animals might surprise you. Mosquitos are the most deadly. These tiny, pesky insects spread malaria and other diseases that result in nearly half a million deaths annually.

The hippo is Africa’s deadliest mammal. These animals are highly territorial and will charge when threatened. They can run at speeds exceeding 30 kph and their canines can reach 50 cm. 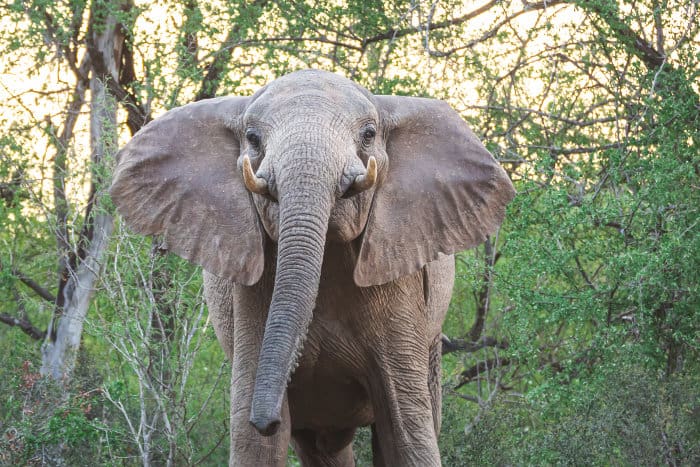 Elephants are the largest land animals on the planet. Movies often depict them as friendly, caring creatures, yet, that is not always the case.

Elephants are expressive mammals who are capable of cognition. They experience deep feelings, such as love, compassion, grief, and anger.

Elephants are responsible for 100-500 deaths a year. A musth elephant is especially dangerous.

Musth is a period in a bull elephant’s life when they express highly aggressive behavior. They are even known to attack and kill their own family members, including calves.

Although elephants can be dangerous, they are also fairly predictable. Before they charge, they will stomp their feet and flutter their ears. This display of power is a warning sign to back off before things escalate.

4. The Lion is the King of the Jungle

African jungles are full of fascinating, large animals. Lions, however, live in savannahs and grasslands.

Their prey includes other animals that live in this habitat, like antelope, zebra, and Cape buffalo. They camouflage well with the tall grass and scattered trees.

Considering lions possess exceptional power and strength in comparison to other animals, they could claim the title “King of the savannah”. 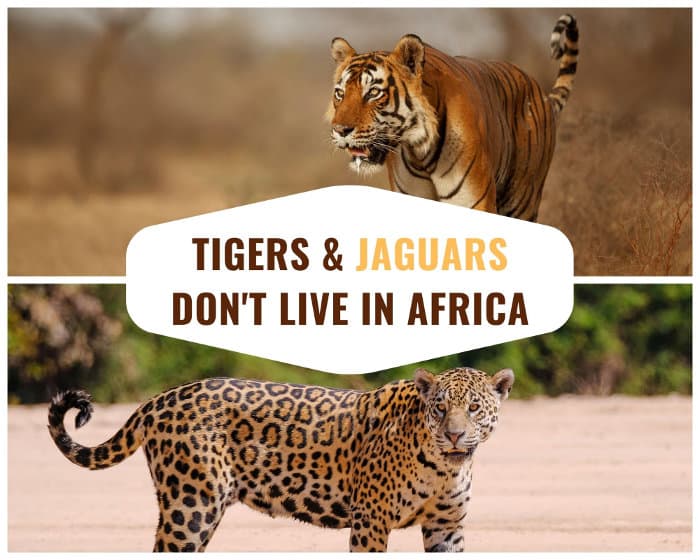 Africa is home to three big cat species: the lion, leopard, and cheetah. Tigers have never lived in the wild in Africa. They are native to Asia and live throughout the continent, from eastern Russia to Indonesia.

Many people also assume that jaguars are native to Africa, when in fact, they live in South and Central America. The movie “Tarzan” perpetuates this myth. It’s set in Africa, and one of the characters, Sabor, looks more like a jaguar than a leopard.

The physical difference between these cat species is slight. Jaguars have large patches on their body (called rosettes) which contain smaller black spots inside. Leopards, on the other hand, have smaller, empty rosettes.

Unlike in the Disney movie “The Lion King”, it’s not all Hakuna Matata between rainforest animals. Everyone has to fend for themselves. In the wild, a meerkat and a warthog would not form a bond, and a lion’s diet includes warthog.

An interspecies friendship can form between animals that live in the jungle, although it’s not very common.

Some African species that form bonds include Nile crocodiles and Egyptian plovers, zebras and oxpeckers, and elephants and baboons. These “friendships” form to serve a practical purpose.

The Egyptian plover eats decaying meat out of the crocodile’s teeth. The oxpecker nibbles on the ticks and parasites from a zebra’s back.

Baboons help themselves to the makeshift waterholes elephants dig in the ground using their massive tusks.

In exchange for this easy access to water, baboons will keep a lookout and alert elephants of potential danger with loud screams and screeches.

7. The Jungles of Africa Span the Whole Continent 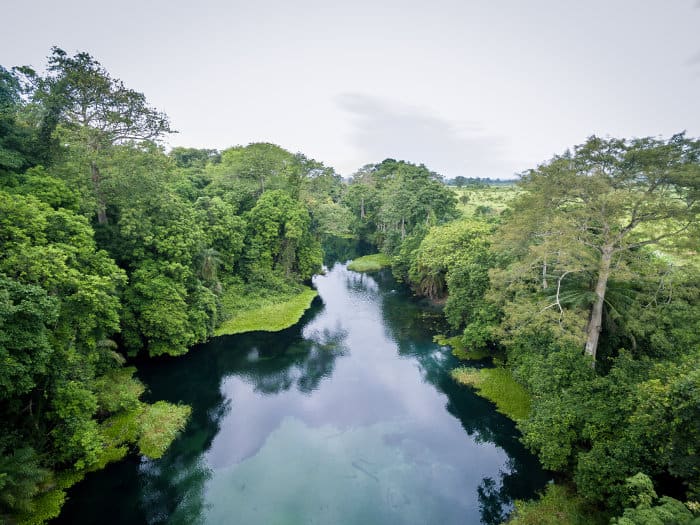 Africa’s vast landscape comprises a variety of vegetation zones and geographic features. The rainforests cover nearly a quarter of the continent. Approximately 18-22% of the world’s tropical rainforests reside in Africa.

Africa’s largest rainforest region is in the Congo basin, in the central part of the continent. It spans approximately 3.4 million square kilometers.

The rainforests of the Atsinanana in eastern Madagascar also contain a large portion of the African jungle.

8. Everyone Who Lives in Africa Lives in the Jungle

Although people do inhabit the jungles in Africa, the population numbers are not as high as you may think. Only a small minority of people on the continent inhabit the rainforest.

Their size enables them to move about the jungle more easily and dissipate their body temperature more efficiently.

The Congo Pygmies live in the jungles of the Congo basin. Their group sizes range from 15-70 people.

They are mostly nomadic and move to new areas of the jungle a few times a year. This lifestyle is less damaging to the environment as their shorter stays mean they do not over-exploit the land and local game.

An estimated total number of 250 000 to 600 000 Pygmies live in the Congo rainforest. Unfortunately, this number is rapidly decreasing. Factors such as poverty, westernization, and deforestation affect their way of life.

9. Animals in the Jungle Swing on Vines 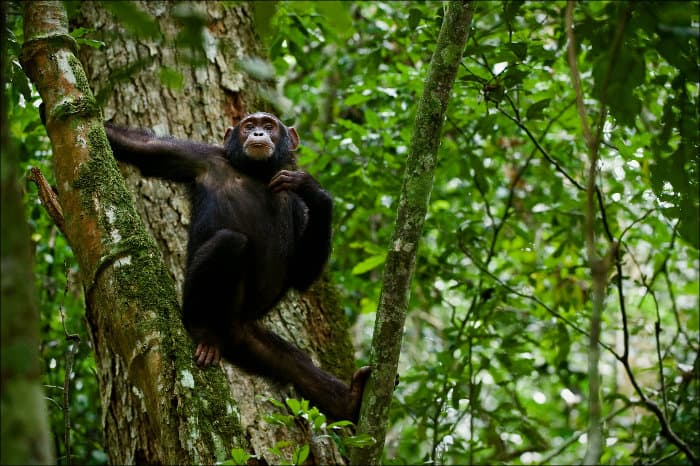 Although monkeys are capable of swinging across vines, this isn’t as common as movies like “Tarzan” and “The Jungle Book” indicate.

Vines have roots, which means they grow from the ground. For this reason, swinging from them is not practical.

Liana is a common type of thick vine that grows in the rainforest. It attaches to other trees for support and climbs up in search of sunlight. They can grow up to 60 cm in diameter. As you can imagine, getting a firm grip on one would be difficult.

Some primates practice Brachiation. This is a form of locomotion that uses arm strength to swing from one tree limb to another. The body alternates to support each forelimb.

10. Males Lead All Social Hierarchies in the Rainforest

It’s a common assumption that males lead animal hierarchies in the African rainforest. Although this is true in some species, such as the pygmy hippo and the chimpanzee, it’s not the norm in all cases.

Females can rule the roost too. Elephants, for example, form a matriarchal society.

Adult males tend to live a life of solitude, whereas female elephants live in a herd made up of relatives: aunts, sisters, mothers, and daughters. The largest and oldest female in the herd leads the group.

Ring-tailed lemurs, who are native to the rainforests of Madagascar, also live in societies where females dominate over males.

Although spotted hyenas aren’t animals found in the jungle of Africa, they also live in matriarchal societies.

Their social organization is quite interesting. Females are larger than males and built more muscular. They are alpha over their male counterparts.

Clearing Up Misconceptions About African Jungles 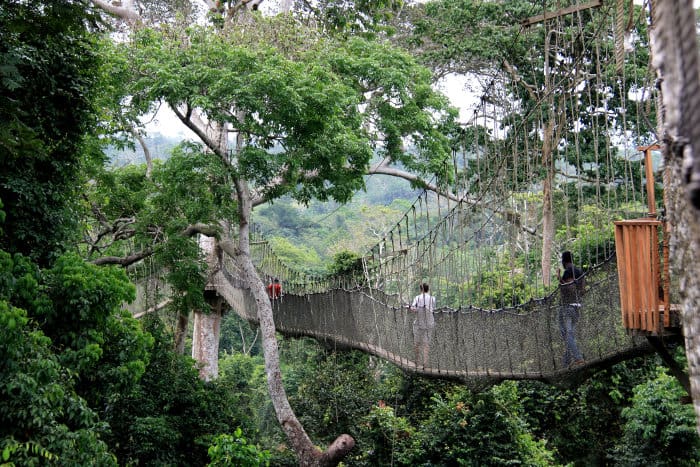 Many different types of terrain make up the African landscape. Although the jungle is full of beauty and diversity, it doesn’t get as much attention as it deserves.

Misconceptions easily form from false depictions of the rainforest and jungle animals in films.

Movies like “Tarzan” and “The Lion King” provide great entertainment, yet, they don’t always reflect reality. This article sets the record straight on some of the most common stereotypes and myths.

If you want to experience the real African jungle, don’t watch a movie, book a wildlife safari. 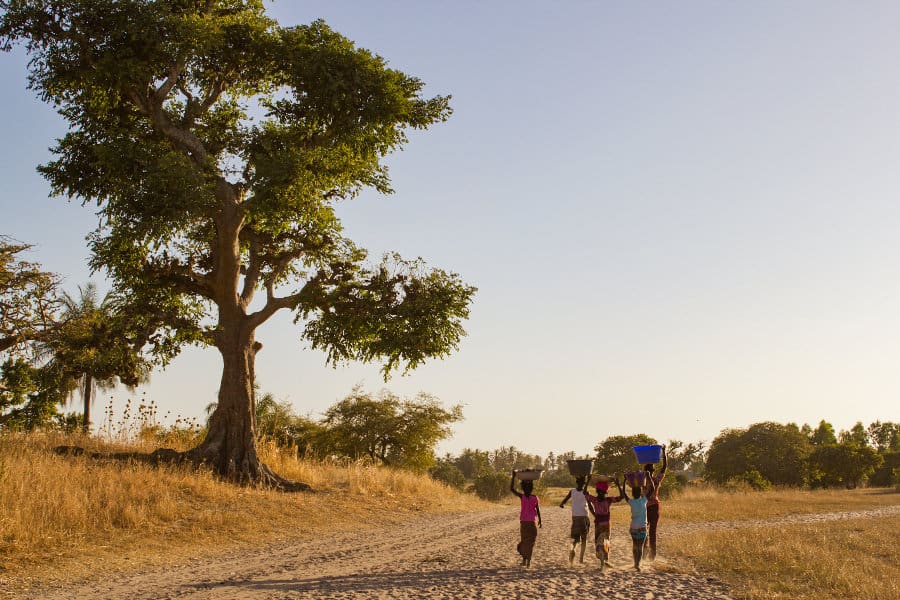