Lions have fascinated the world for decades. They are a big part of pop culture and inhabited a large portion of the land surfaces at one point.

However, these majestic creatures are slowly disappearing. No longer inhabiting most of their natural habitats, lions are in grave danger. People go on safari with the expectation of seeing a lion, but that may soon be a thing of the past.

Luckily, these species are being protected all around the world. So why are numbers diminishing and how are they conserved?

If you’ve ever asked yourself, “how many lions are left in the world?”, keep reading. It’s time to get to the bottom of this. 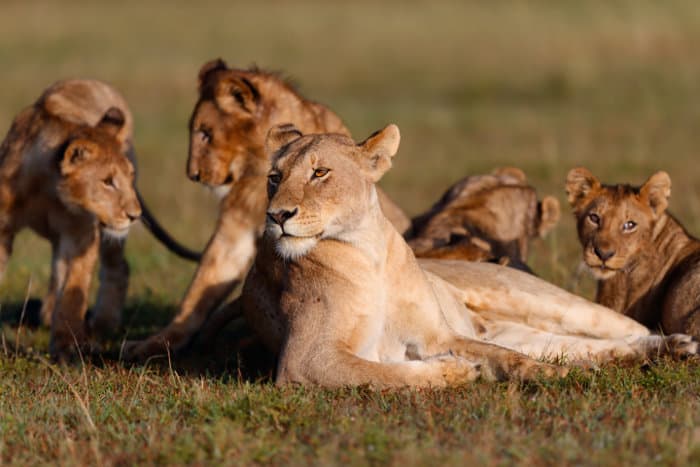 There’s a rough number of 20 000 lions left in the world according to a survey conducted in 2020. This lion number is a small fraction of the previously recorded 200 000 a century ago.

A significant number of lions inhabit spaces outside of conservation areas, making it difficult to determine their exact number.

Nonetheless, this does not stop preservation efforts from taking place. Saving these incredible creatures is a full-time obsession for many, yet, their numbers are still diminishing.

After all, lions are the king of the crop when it comes to safari tours and zoo visits.

So, why are lions going extinct?

Let’s take a closer look into this world-wide problem.

Why are lions endangered? 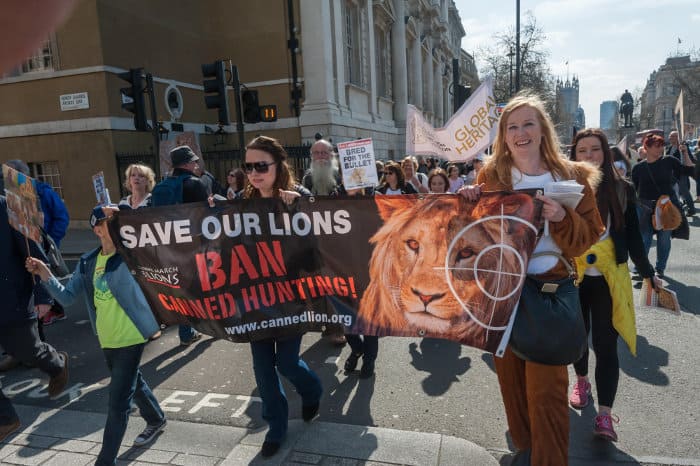 Humans consistently take over a large portion of their natural habitat, leaving them vulnerable. This is most prominently seen in farmland. Farmers will kill off lions in the area in an attempt to protect their livestock.

In addition to this, lions often contract diseases from livestock and spread them to other members of the pride.

Trophy hunters are also responsible for this problem. Unfortunately, trophy hunting is still legal in many countries in Africa.

Where trophy hunting is illegal, hunters will, however, pay a fee to corrupt conservationists in order to fulfill their needs.

In addition to trophy hunters and corrupt conservationists, a handful of African tribes also pose a huge threat to these creatures.

Some consider killing a lion as an important part of a ritualistic culture. This jeopardizes them in their natural habitat. 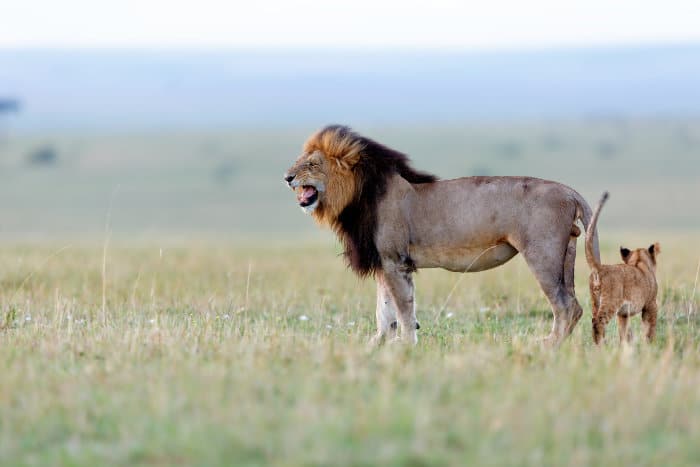 Because of the threat posed to these creatures, it’s important to study and conserve them in order to protect the species and hopefully raise their numbers.

Scattered across Africa are some of the best lion conservation spots in the world. These sanctuaries are responsible for a vast number of the world’s current lion population and the surrounding area.

The centers have hands-on projects where they are responsible for studying the lions and placing them under protection laws.

Kenya has a proud integrated program where they educate locals and international visitors about the diminishing lion populations.

Public awareness, ecological restoration, habitat management, and protection are at the forefront of these programs. They tend to work closely with the local community and are therefore responsible for job creation as well.

The best and safest way to see lions is at a national park or private game reserve. These parks are all across Southern and Eastern Africa and are actively conserving these animals.

Lions are in high demand among sightseeing safari-goers, however, they are not as plentiful as you might think. A lion sighting is never guaranteed.

Here are some of the best spots where you can see lions flourish in their natural habitat. 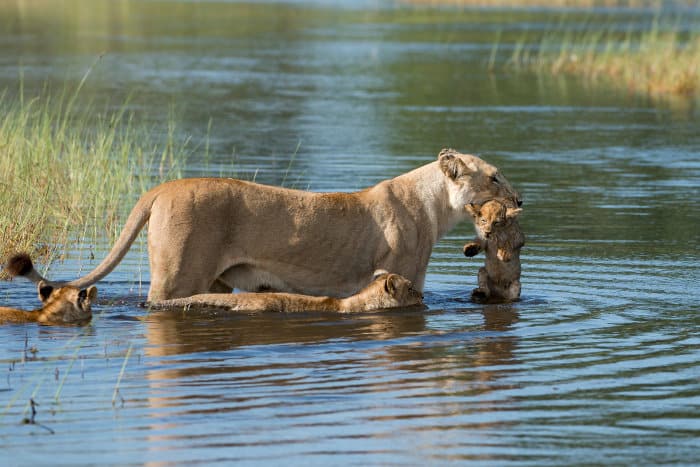 Boasting luscious grasslands, Botswana is the perfect place for lion prides. Here they have access to many prey species, including impala, springbok, zebras and wildebeest.

Places like the Okavango Delta have an unparalleled variety of animal sightings and are perfect for an all-inclusive safari tour.

South Africa is the crown jewel of African safari destinations. This beautiful country has many different safari options, from a day-trip to a week-long vacation.

Visitors have choices between luxury lodgings or campsite stays. There is nothing quite like seeing the Big Five in one of the world’s foremost wildlife parks. 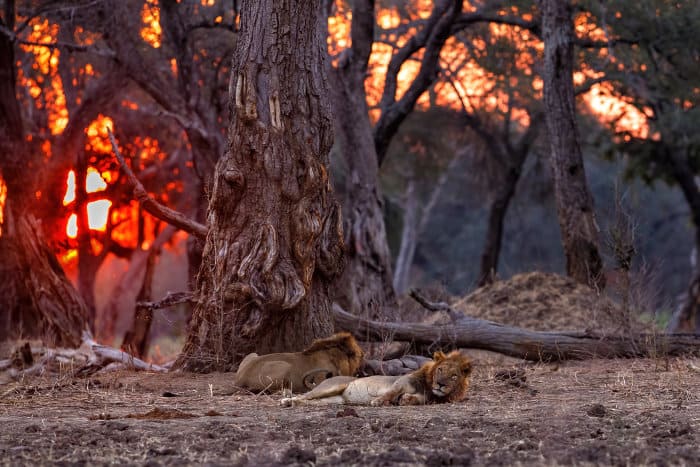 Granted, a Zimbabwean safari experience is not for everyone. There are fewer rules and getting a booking takes some more planning.

However, a safari in this incredible corner of Africa leads to spectacular landscapes and unique animal sightings.

Spotting a lion during a safari in Zimbabwe is a special occurrence that not many travelers can share in. This relatively untouched part of nature remains a fan favourite.

What Can You Do to Help Lion Conservation Efforts? 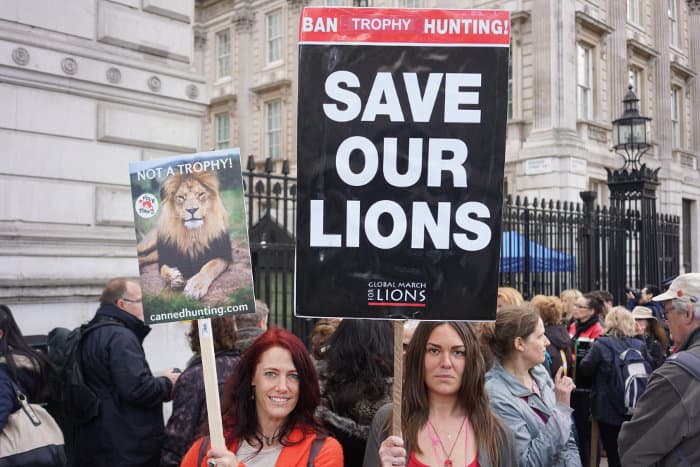 The best way that you can pitch in to save the king of the jungle is by educating others.

Educating others about the negative impact of these factors is an important part of lion conservation.

Programs such as the Big Cats Initiative focus on habitat restoration, conservation, and the reduction of ritualistic killings and trophy hunting. They proudly reduce lion snaring and provide medical attention to affected lions.

Another conservation project is Walking for Lions. The organisation increases awareness of the endangered lion populations and educates farmers on building bomas.

These structures protect livestock against lion attacks, and subsequently, reduce lion killings by the farming communities.

Many organizations offer college-level field courses where members of the public can get involved in the conservation efforts. The Lion Conservation Fund offers one of these programs. 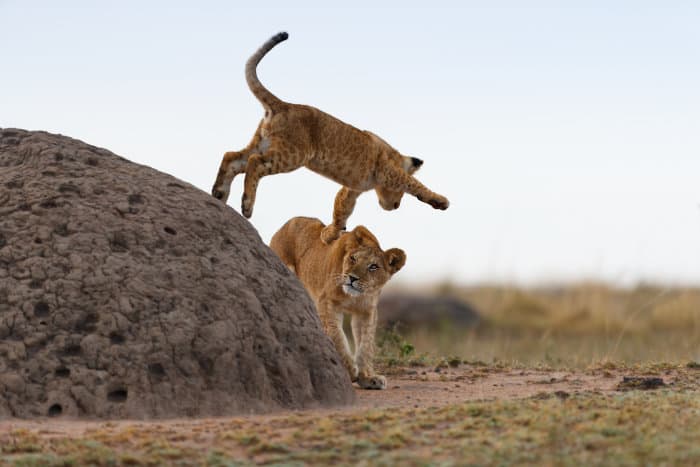 There is no completely accurate answer to how many lions there are in the world. However, there’s no doubt that the numbers are dwindling each year.

The risk of lion extinction is a real problem. We need to protect the remaining lion prides in the world, and donating time or funds to these organisations will change the projection of tomorrow.

There is no guarantee of seeing lions in their natural habitat in the future. Check out our best safari deals and book a safari now while we still have the chance.

1 thought on “How many lions are left in the world? Africa’s disappearing wildlife”