There may come a time when our children, grandchildren, or great-grandchildren are unable to encounter these majestic animals in the wild. Imagine millions of years of evolution wiped out by a few generations of greedy homo sapiens.

It’s sad to think about Africa’s endangered species. Currently, the northern white rhino population sits at two. As both are females, there is little hope of saving the species.

In a more positive light, elephant populations have become stable, mountain gorilla numbers are rising, and conservation success is visible across the continent.

However, with more animals becoming endangered, you’d be fortunate to witness many of them in the wild.

Wondering what species this includes?

This article lists the top ten endangered animals in Africa. Let’s hope that their populations stabilize and they have a bright future on the lands they have always called home.

The population of many animal species in Africa is on a steady decline.

Here are the top 10 most endangered animals according to the IUCN’s Red List. 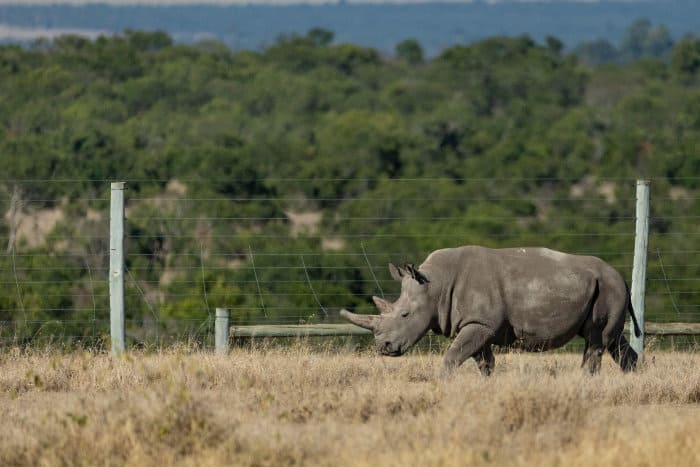 Threats: Uncontrolled hunting in the colonial era and poaching for their horns.

Wondering “what is the most endangered animal in Africa”?

The answer has to be the northern white rhino. Found and protected in Kenya at the Ol Pejeta Conservancy, Najin and Fatu are the last two of their kind.

As of October 2021, Najin dropped from the breeding project aimed at saving the species from extinction. While it sounds like there is no hope left, scientists remain optimistic that they can save this endangered species. 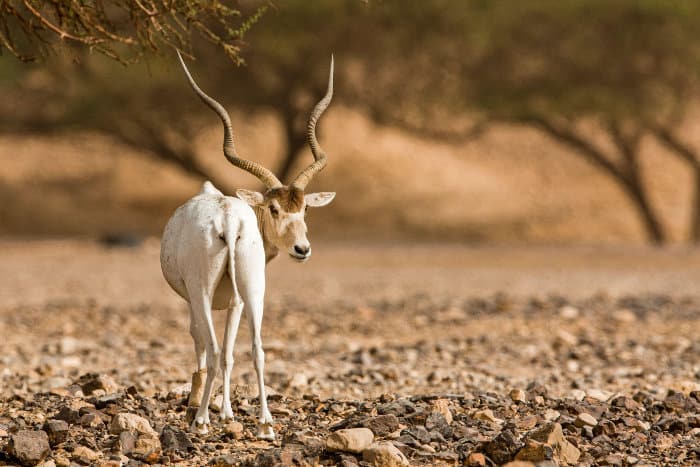 Threats: Uncontrolled hunting and harassment. Also, drought and the extension of pastoralism.

Population: 30-90 animals remain in the wild.

Also known as the white antelope and the screwhorn antelope, the addax lives in the Sahara desert. This rare African antelope has seen its lands devastated by drought and destruction. It’s one of the rarest sights on the continent. 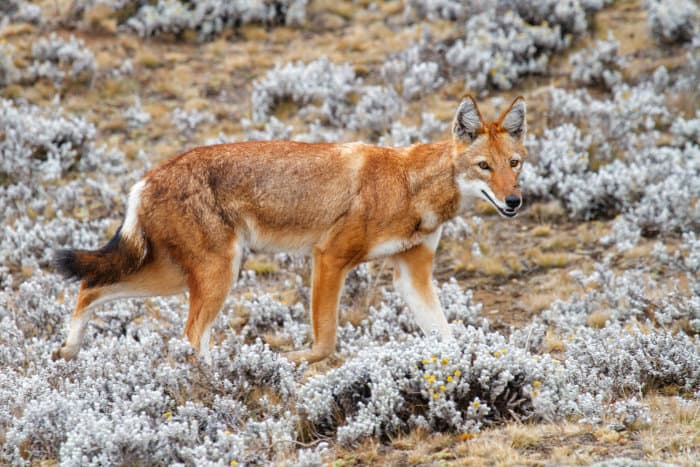 Countries: Endemic to the Ethiopian highlands.

A canid native to the Ethiopian Highlands, the Ethiopian wolf, is among the endangered wildlife in Africa with a decreasing population.

It is similar to the coyote in size and build and is distinguishable by its long, narrow skull and red and white fur. 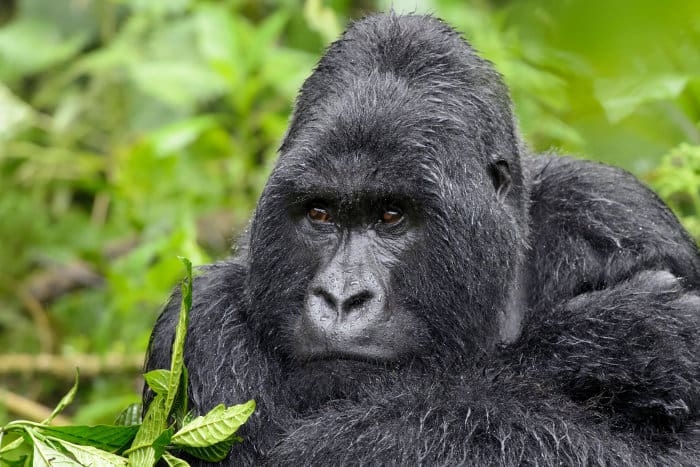 Population: Closest estimate is 1000 wild mountain gorillas. However, the population has an increasing trend.

The mountain gorilla is a subspecies of the eastern gorilla. There are only two populations left on Earth, in Uganda’s Bwindi Impenetrable Forest and Rwanda’s Volcanoes National Park.

Sometimes they cross the border into the neighboring Democratic Republic of Congo. Here they face threats of civil war and the interests of foreign oil companies – something that the movie Virunga portrays brilliantly.

However, the youngsters do not survive the journey. So the only place to see mountain gorillas is on a gorilla trek, venturing through their natural habitat. 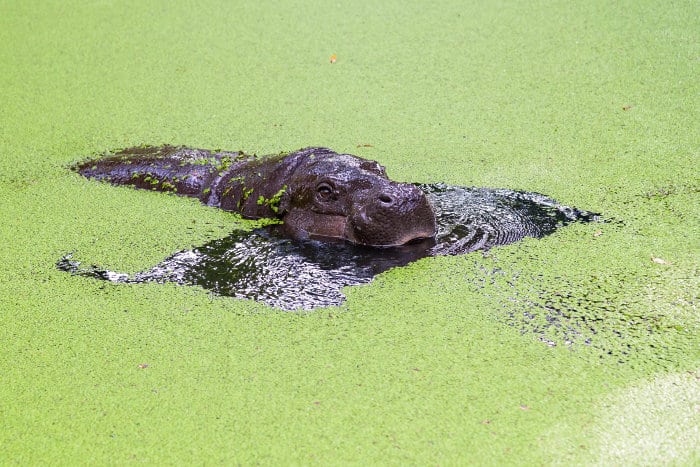 The pygmy hippo is among the most endangered animals in Africa. It is similar to a regular hippo or river horse, as some might call it.

However, the pygmy hippo is reclusive and nocturnal, and is semi-aquatic. It relies on its proximity to the water to keep its skin moisturized and its body temperature cool. 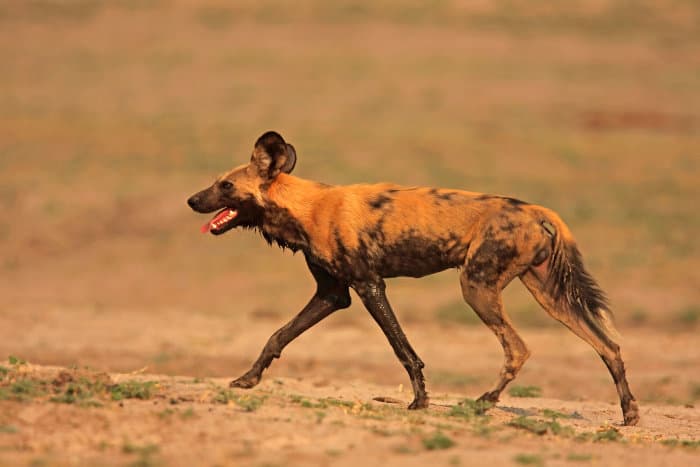 The African wild dog is also a highly social animal, living in packs with separate dominance hierarchies for males and females.

Uniquely among social carnivores, it is the females rather than the males that scatter from the natal pack once sexually mature.

Also, the young are allowed to feed first on carcasses.

The African wild dog is endangered, and its population continues to fall. As such, witnessing these endangered animals in the wild is one of the great highlights of an African safari, especially if you see a pack out hunting. 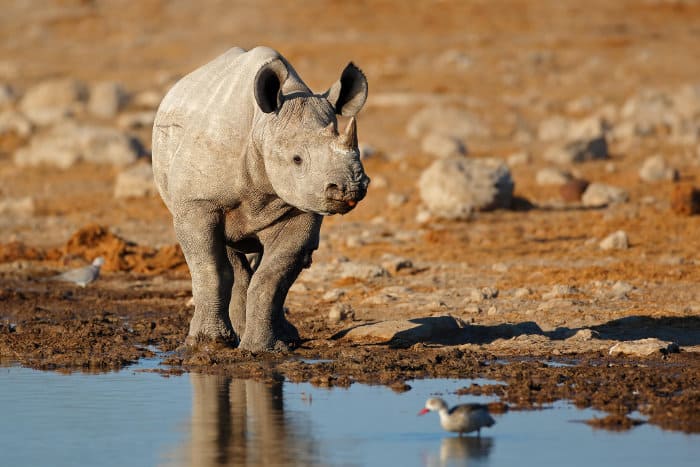 Threats: Mainly poaching for its horn and “medicinal” value (China).

Population: Has declined by over 90% over the last 60 odd years. The current estimation is at roughly 3142 black rhinos.

Although the rhinoceros is referred to as ‘black’, its colors vary from brown to gray.

Poachers kill black rhinos for their horns, which are considered an aphrodisiac in some countries.

Nevertheless, consuming rhino horn is the same as biting your own fingernails.

Colonialists started the population decline. Black rhinos ate crops planted by colonialists, so they were slaughtered in enormous numbers.

This is a somewhat forgotten story in the plight of many other endangered animals of Africa as well. 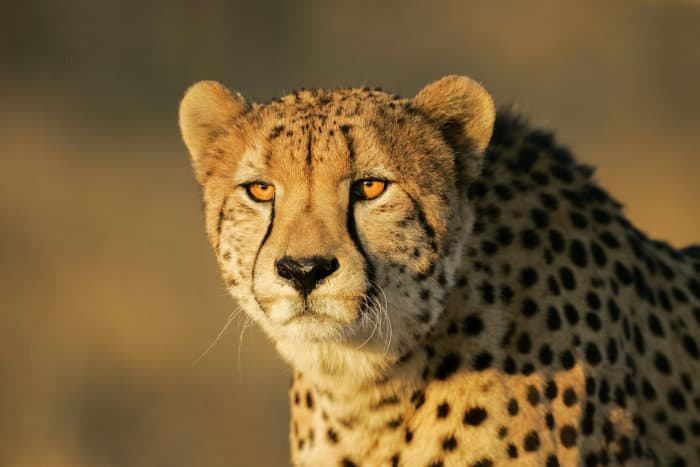 Population: Estimates say that there are less than 7000 mature cheetahs left in the wild. Cheetahs have lost over 76% of their historic range on the continent.

Do you know the differences between cheetahs and leopards? Perhaps the greatest difference is that leopards have adapted to changing habitats.

Unfortunately, cheetahs have not. It would be a very sad day if we lose the world’s fastest land mammal from the wild. 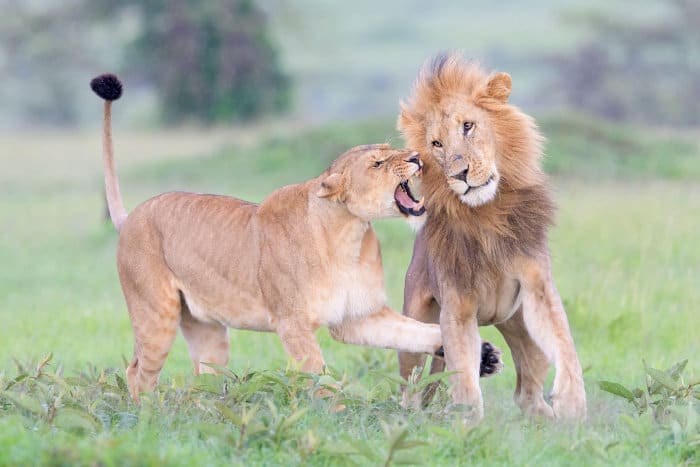 Countries: Most of sub-Saharan Africa.

The lion is the king of the jungle and one of Africa’s top apex predators. To many safari-goers, this is perhaps the most majestic animal ever to live. Sadly, lions have experienced a population loss of 95%.

At this rate, there could come a time when these large cats are no longer a common sight on African safaris. 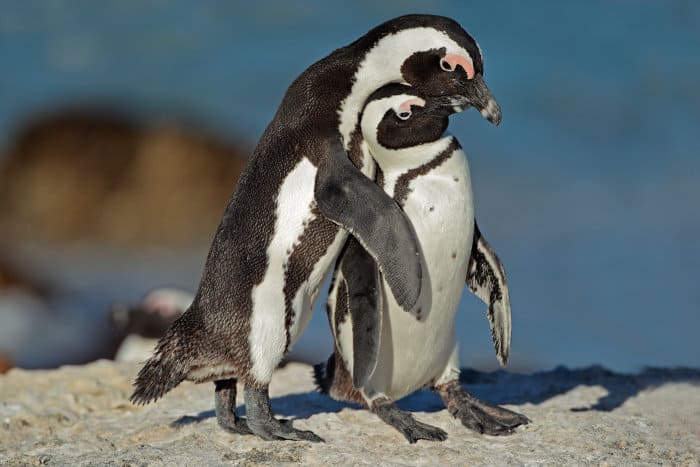 The African penguin’s conservation status was recently updated from “vulnerable” to “endangered”. Over recent years, its population has witnessed a rapid decline.

For a chance to see this rare animal in Africa, visit Boulders Beach near Cape Town, South Africa. 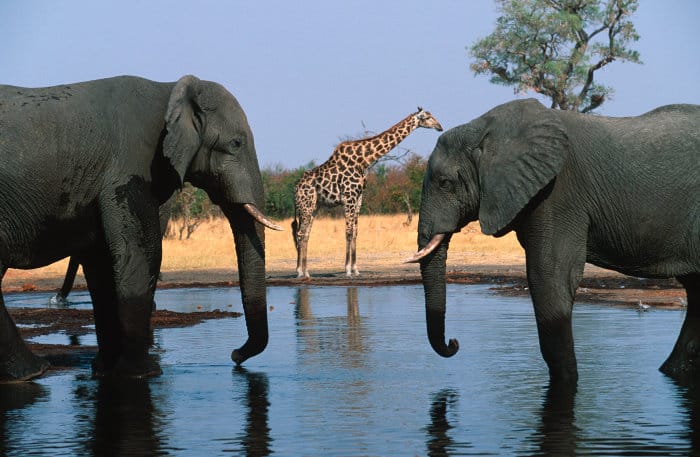 Threats: Poaching for ivory, meat, and loss of habitat.

Population: As of 2016, the population of African savanna elephants and African forest elephants is around 416 000.

While it is not included in our top 10 endangered animals, the African elephant deserves a mention.

Elephants are not the most endangered animals in Africa. That being said, they have experienced a rapid drop in numbers.

In just a decade, its population saw a continental decline of 111 000, taking its status from “vulnerable” to “endangered”.

Elephants are a symbol of Africa’s endangered animal species. So while their numbers seem high, you must remember that elephants were once widespread across the entire continent.

Other than some successes in Botswana and South Africa, African elephants are being lost due to human greed.

See the Most Endangered Species in Africa on a Safari 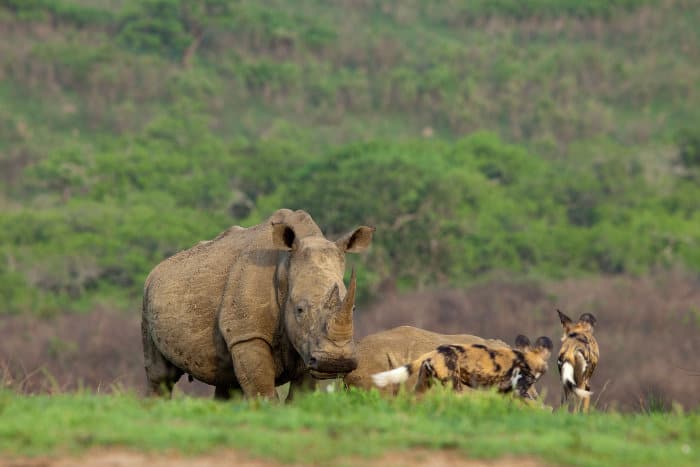 With wildlife experiencing a steady decline, we may wind up with more extinct animals in Africa. And it’s no good simply shaking your head and feeling sorry for these animals.

One of the best ways you can help save these African endangered animals is by supporting conservation efforts.

You can do so by going on an African safari. Safaris support communities and provide a financial contribution to protect the African wild.

Safaris are also an affirmative vote that helps local communities become activists in the fight against habitat loss, poaching, and hunting.

And by going on safari, you’ll have a chance to encounter these stunning endangered animals before it is too late.