Africa is a huge continent with many different types of terrain and climate. This diversity is also reflected in the animals that live there.

It is home to some of the most iconic and amazing animals on the planet, including lions, elephants, giraffes, and rhinos.

While African wildlife is certainly impressive, it’s important to remember that these animals, insects, and plants are facing many challenges. Habitat loss and human-wildlife conflict are just some of the threats that they face.

However, (and luckily) there are also many people working hard to protect Africa’s wildlife.

Some of the Less Known African Plants

Did you know that there are over 65 000 different species of plants in Africa? That’s a lot of vegetation!

And while you may be familiar with some of the continent’s more popular flora, like baobabs and acacia trees, there are plenty of other wild African plants that are lesser known but just as fascinating. 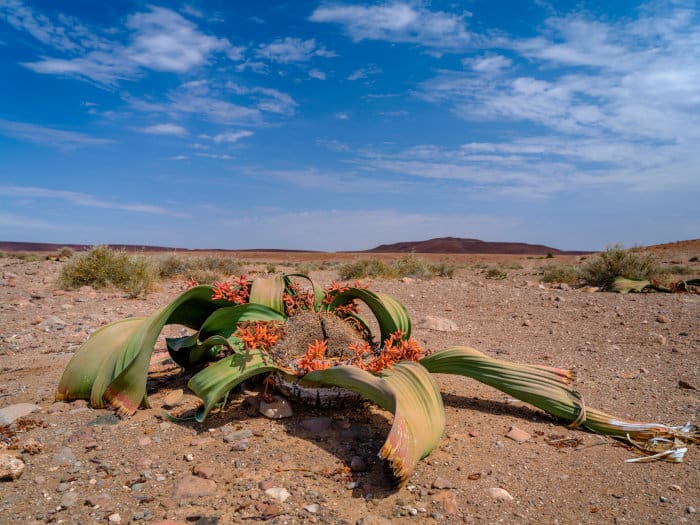 This plant is native to the Namib Desert in southwest Africa and is one of the longest-living plants in the world, with some individuals estimated to be over 2000 years old!

Welwitschia mirabilis is a strange-looking plant, with just a few strap-like leaves that can grow up to 9 meters in length. 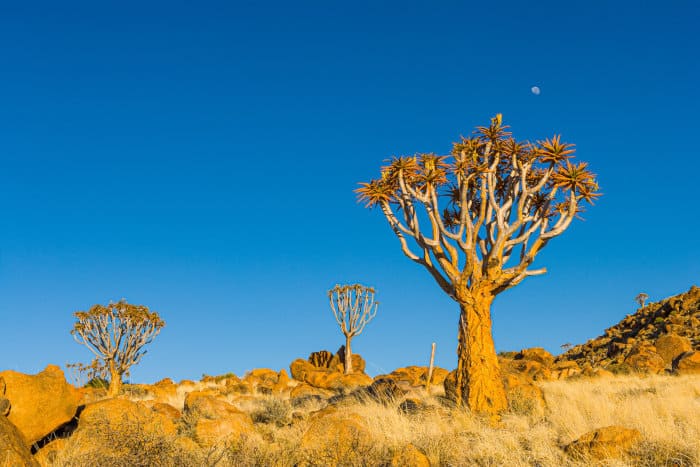 Also known as the quiver tree, this is a type of aloe that grows in the arid regions of southern Africa. It gets its name from the fact that its hollow branches are used by the San people to make quivers for their arrows.

Aloe dichotoma can grow up to 15 meters tall and has a distinctive silvery-gray bark. 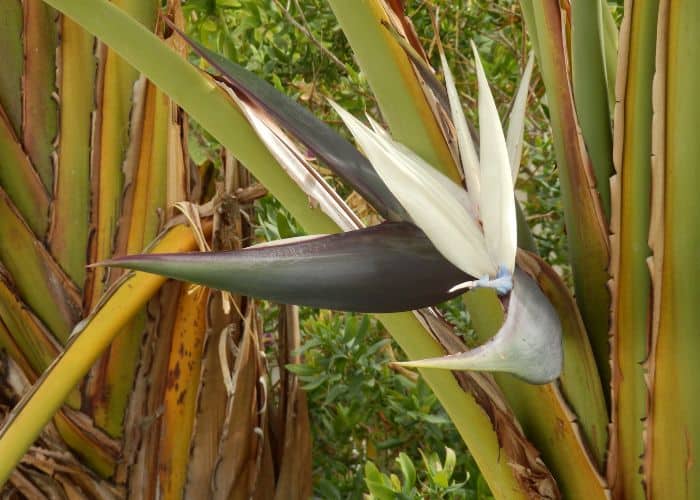 This is the largest member of the banana family and is indigenous to South Africa.

Also known as the giant white bird of paradise, a cousin of the more common houseplant, Strelitzia nicolai can grow up to 12 meters tall and has large, paddle-shaped leaves.

Its flowers are equally impressive, with white and light blue petals, and purplish blue stamens that resemble the head of a bird. 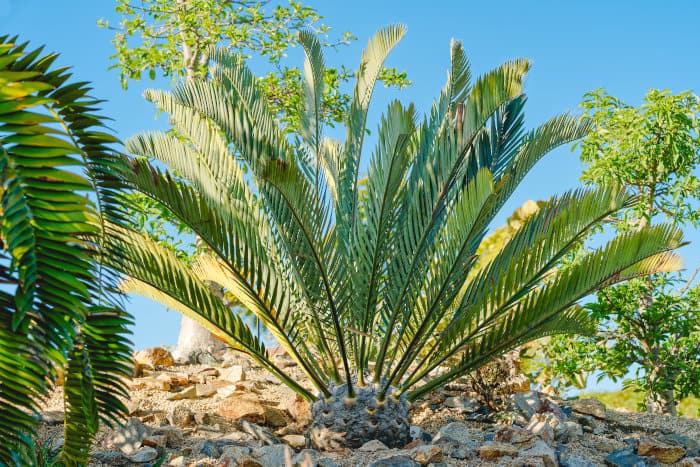 It is a species of African cycad that is found in the forests of eastern Africa. It gets its name from its thick, woody trunk, which can grow up to 6 meters in height.

The leaves of the Encephalartos woodii are dark green and can grow up to 2 meters in length. The plant produces yellow or orange flowers, which are followed by red or purple fruits. 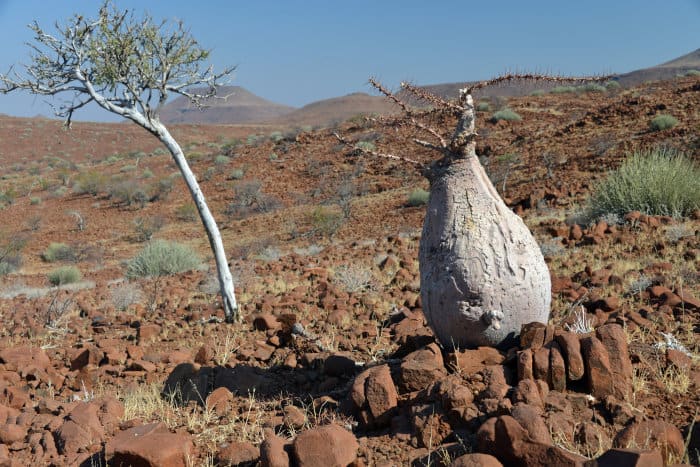 This is a type of flowering plant that is native to northwestern Namibia, southwestern Angola and northwestern Botswana. It is also known as the bottle tree due to the unusual swollen shape of its trunk.

Pachypodium lealii can grow up to 10 meters tall and has beautiful white flowers with purple streaks. 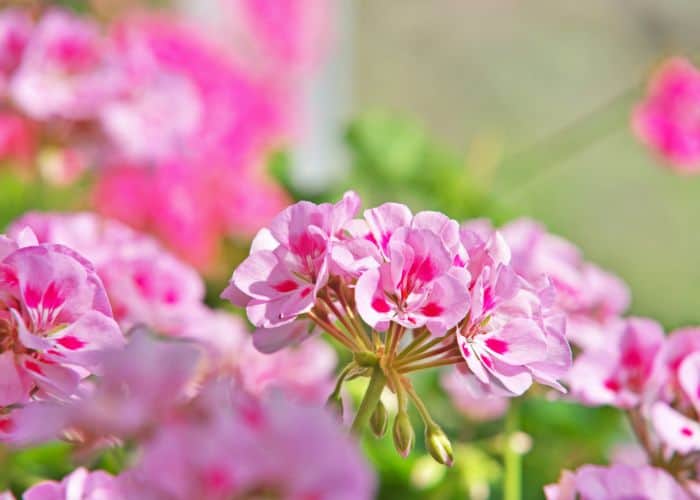 This is a type of geranium found in the mountainous regions of South Africa. It gets its common name, the Cape ivy geranium, from its large, ivy-like leaves.

The flowers of Pelargonium cucullatum are pink or white and have a strong citrus scent. 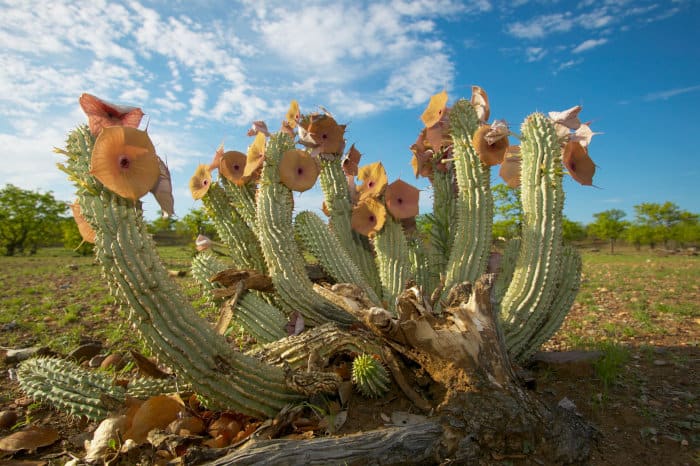 Commonly called the Kalahari cactus or ‘Bushman’s hat’, this is a succulent plant found in the deserts of southern Africa.

It is best known for its appetite-suppressing properties, which have made it popular as a weight-loss supplement.

Hoodia gordonii can grow up to 2 meters tall and has bright yellow flowers. 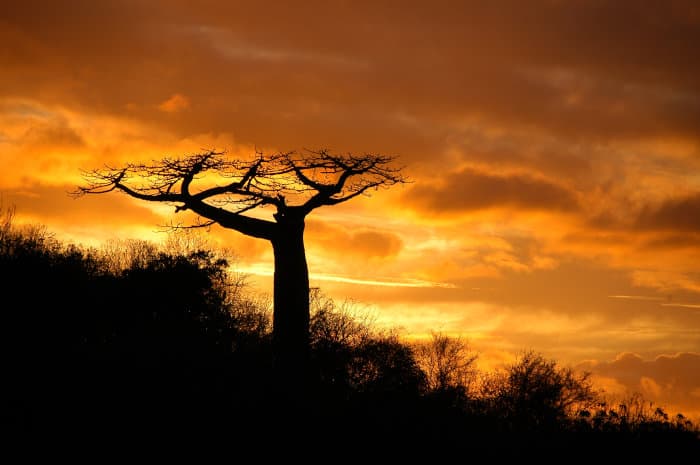 Found primarily in the rainforests of Madagascar, this tree is related to the baobab. It is also known as the Suarez baobab.

Adansonia suarezensis is a large tree, up to 25 meters tall, with a thick trunk shaped like a bottle. It is native to dry deciduous forests on limestone in the north of Madagascar.

The Suarez baobab is endangered by habitat loss and is little known in cultivation. But it is just as easy to grow as other baobabs, in any tropical climate that is not extremely wet. 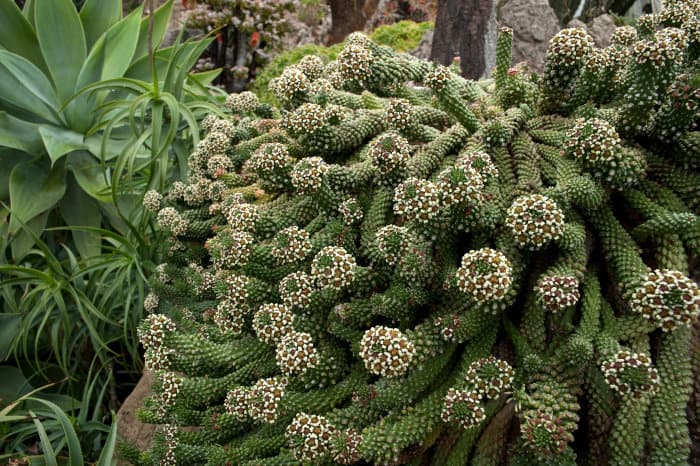 This is a type of succulent native to the Cape region of South Africa. It gets its name from its strange shape, which arguably resembles a medusa’s head.

Euphorbia caput-medusae is also known as the snake plant or milk bush due to the milky-white sap that oozes from its stem when cut open. 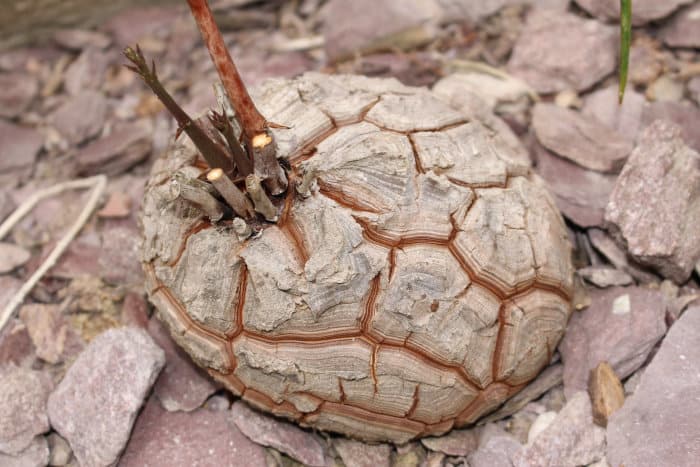 Dioscorea elephantipes is a type of yam native to southern Africa. Its name originates from its large, tuberous roots which can weigh up to 50 kg!

The roots are a food source for many animals, including elephants and baboons. For apparent reasons, this species is often referred as the ‘elephant’s foot’ or ‘tortoise shell’.

Wildlife Trafficking in Africa – Animals and Plants Endangered by the Trade 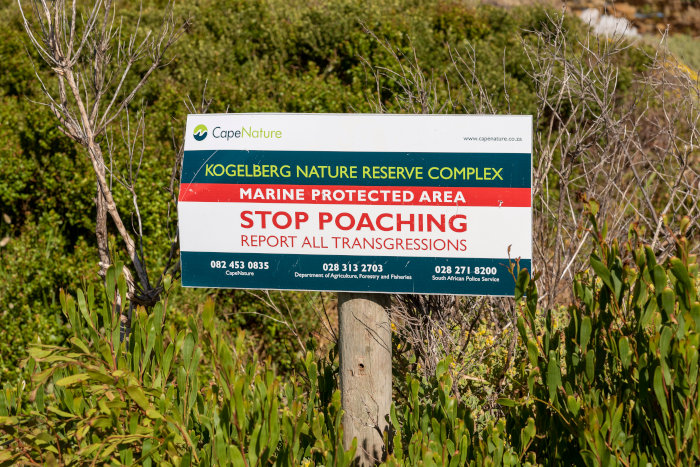 Not only does Africa have some of the world’s most diverse and unique wildlife, but it is also home to a large portion of the world’s endangered species.

Unfortunately, this makes the continent a target for illegal wildlife trafficking.

Some of the endangered species of animals and plants are:

Wildlife trafficking is a lucrative business. It is estimated that the global black market trade in wildlife is worth up to $20 billion per year. This illegal trade includes the trafficking of live animals, body parts, and plants.

Africa is particularly vulnerable to wildlife trafficking due to its large amount of biodiversity and poverty.

Poachers often target African wildlife because they can get a higher price for their products on the black market. Additionally, many African countries do not have the resources to effectively combat wildlife trafficking.

The illegal trade of wildlife is having a devastating impact on African animal populations. It is estimated that around 35 000 elephants are killed each year for their ivory tusks.

Rhino populations are also being decimated by poaching, with only around 27 000 rhinos left in the wild.

The illegal trade of wildlife not only harms Africa’s wildlife, but it also hurts the continent’s economy and reputation.

There are a number of ways to combat wildlife trafficking on the continent. Increasing law enforcement and developing better methods of detection and prosecution are key.

Furthermore, it is important to raise awareness about the issue and work to reduce demand for illegal wildlife products. 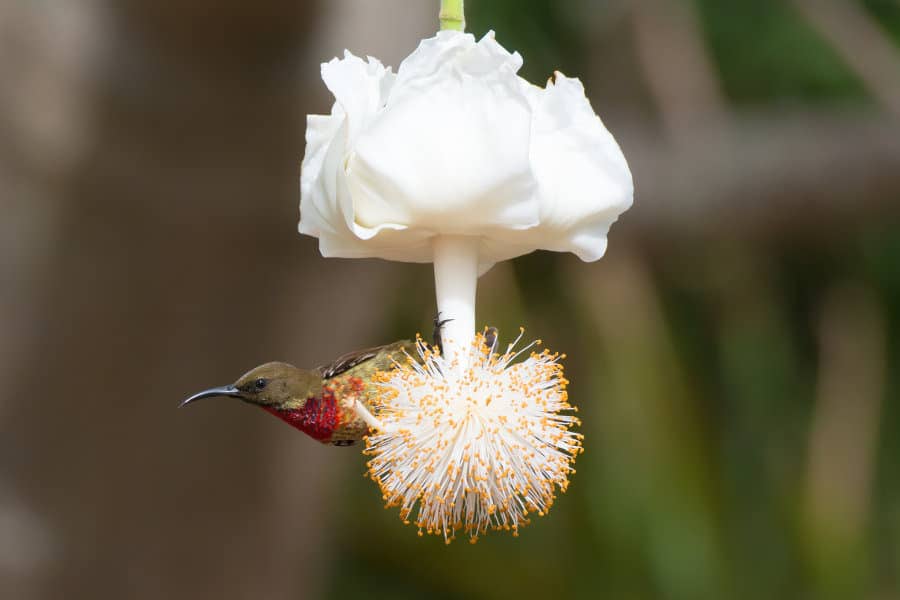 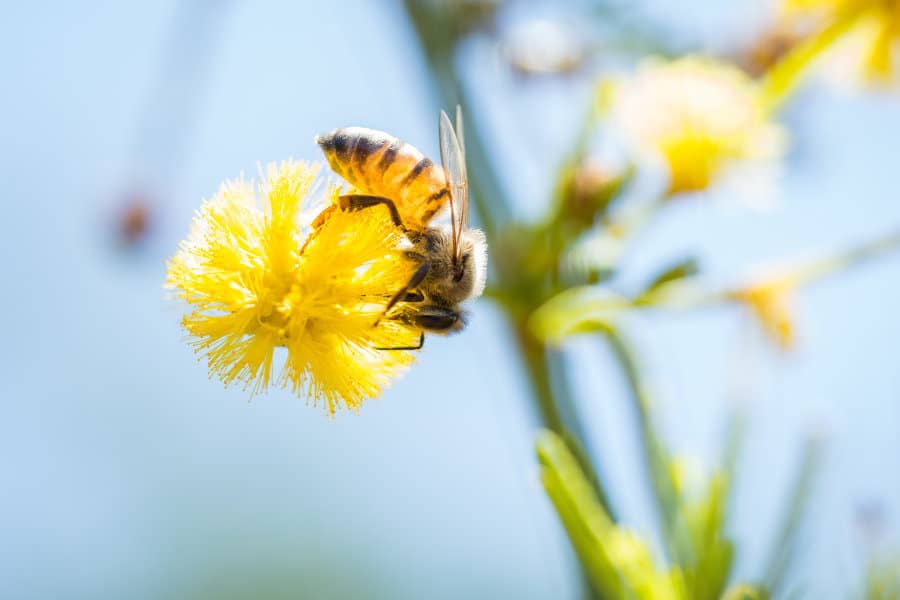 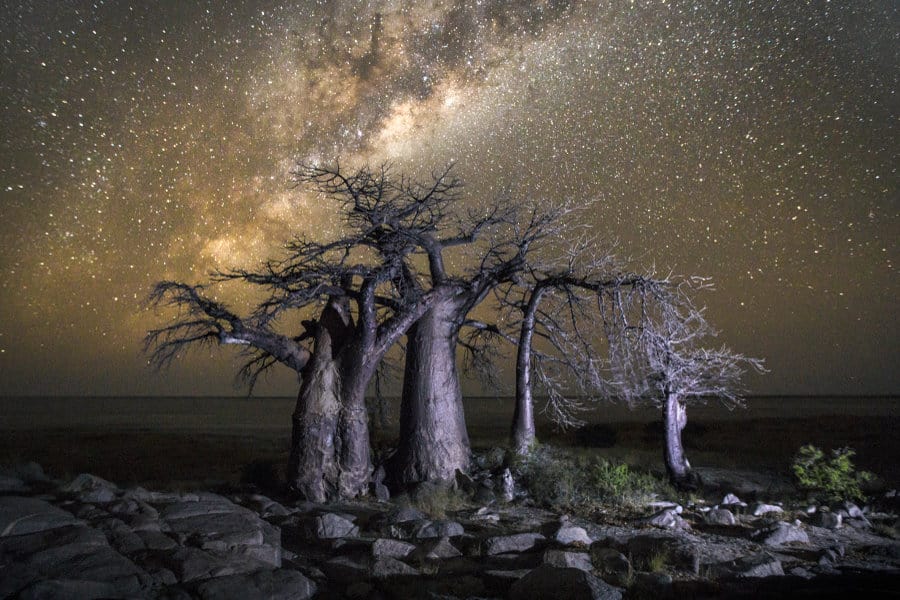