How fast does a cheetah run? 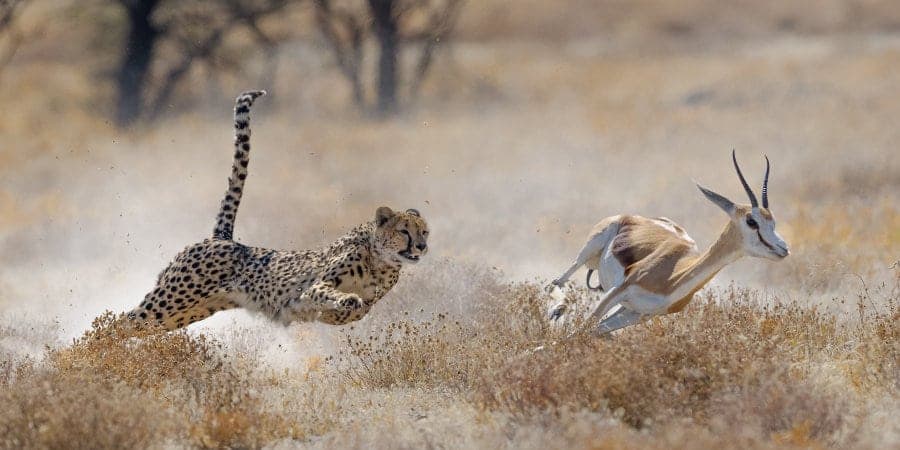 A cheetah runs faster than any other animal on the planet. They go from 0-100 kph in just three seconds, hitting 120 kph in short bursts.

This special cat doesn’t just run faster than man, it travels faster than almost anything human civilization has ever created. Its acceleration is even quicker than a Ferrari 488 and Porsche 911 GT3.

But there are problems for these incredible animals. Cheetahs have lost 91% of their historical range over the last century. Less than 7000 of them remain.

So why are they so fast? Why are they now so endangered? And what may the future hold for cheetahs? Here’s everything you need to know about the speediest runner there is.

The incredible facts: how fast does a cheetah run? 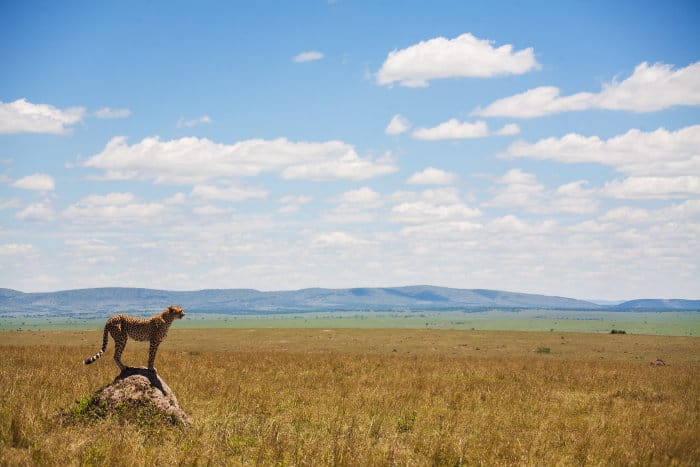 The top speed of a mature cheetah is around 120 kph (over 70 mph). It takes a lot of energy to run this fast so sprinting isn’t a regular part of a cheetah’s day.

Cheetahs can maintain their top speed for about half a minute. In those 30 seconds they may have chased their prey for a kilometer, although 600-700 meters is more common.

With its slender body and fast-twitch muscle fibers, the cheetah accelerates at 10 meters per second. Within three strides the spotted hunter has reached 65 kph (40 mph). Just let that number sink in – zero to 65 kph in just three strides!

After reaching their top speed cheetahs can cover eight meters in a single stride. During this sprint there are times when none of the paws touch the ground, as they glide effortlessly across the savannah.

The history: why do cheetah outrun the rest

Cheetah evolved on vast plains and open savannah, across large parts of Africa and also Iran. These landscapes offer lots of open space, meaning there is always somewhere to run. But open plains aren’t easy for predators. There is limited cover so it’s difficult to ambush prey.

Over many millennia the cheetah has adapted to hunt on these arid, open landscapes. Their prey is small and nimble, typically impala, Thomson’s gazelle, wildebeest calf, plus a variety of antelope species of which the young and sick are targeted.

A cheetah’s choice of prey is lightweight and agile. These animals typically graze in herds, on landscapes away from trees and hiding places. By sticking together they can always scan for danger. These animals trust their speed when running away from predators.

Lions evolved with fearsome power and a group-based predatory instinct. Leopards have incredible strength and stealth, allowing them to hunt prey far larger than themselves. Cheetah have evolved to run fast, so they can chase and catch their choice of prey.

The science: how do cheetah run so fast?

Cheetah are small predators. A mature male weighs around 60 kg, which is far less than other cats and most other animals on the savannah. It must be light and slender in order to run fast,  with no unnecessary weight.

That piece of science is relatively obvious. You wouldn’t expect a hefty giant like a hippo or elephant to be the world’s fastest animal. The rest of the cheetah science is quite incredible.

It all starts with superb aerodynamics. By minimizing air resistance cheetahs can slice through a landscape without any drag. How? Its head is small and functions in a similar way to how a wing reduces drag on a Formula 1 car.

Their body is very slender, with minimal fat and a flattened rib cage. This shape is similar to the fastest dog there is, the greyhound.

A small head is unusual among big cats. It means a weaker jaw and smaller teeth, so cheetahs are unable to hunt bigger prey. They can’t fight back against other predators either, so their prey is commonly scavenged by lions and hyena. 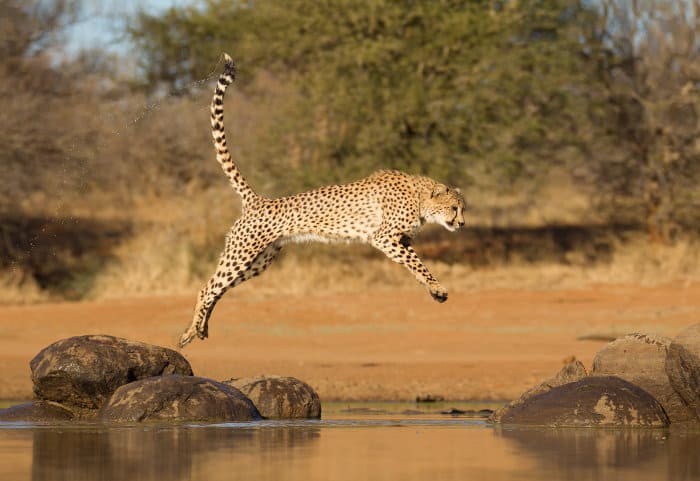 Their gait is similar to that of a galloping horse. When a cheetah runs all four paws come off the ground at once. And here’s the really incredible part. Cheetahs complete three six-meter strides…every single second!

That’s made possible by a cheetah’s greatest asset – its flexible spine. The spine is like a length of elastic, able to quickly expand then move out of the way so to maximize how far each leg can swing. This spine also acts like a spring for the hind legs, coiling and extending with every stride.

When you were a child did you ever spin a wheel or plate on a stick? You have to touch the plate lightly so it keeps spinning fast. That’s like a cheetah when its paws touch the ground.

With one delicate and rapid movement the cheetah can keep accelerating, thanks to ridged foot pads and non-retractable claws that maximize traction with the savannah.

But how does it keep its balance?

Cheetah are only around 1.2 meters long and almost half that length is made up by the tail.

When running at such incredible speeds the tail is like a rudder, used to maintain side to side balance. It’s also a counterweight, so the cheetah can throw its weight forward without over-balancing.

Without such a long tail the cheetah could still run but would spin and crash, like a sports car without a high-quality steering system. 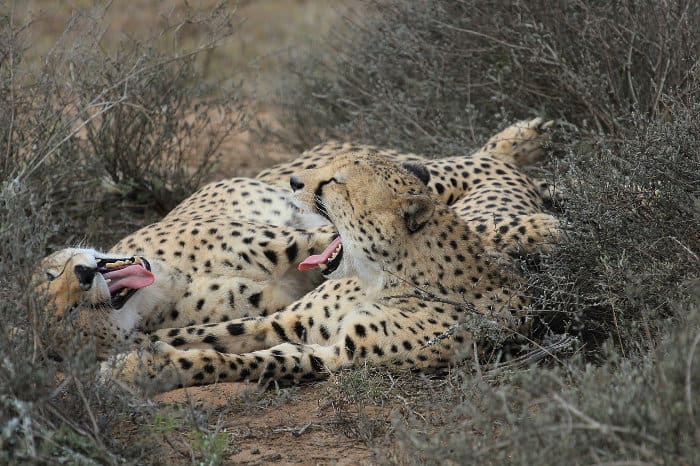 Beneath the compacted rib cage is an oversized heart, capable of delivering vast amounts of blood to the muscles when needed. It’s strong and fast, able to instantly switch from resting to sprinting mode.

Inflated nostrils and large lungs enable cheetahs to gulp in reservoirs of oxygen with a single breath: this is another essential component of their speed.

However, as evolved as they are, it is the heart and lungs that cause most problems for cheetahs. Such an acceleration in heart rate is impossible to maintain and the spotted cat can quickly overheat and become winded.

Running for longer than 30 seconds puts the cheetah perilously close towards getting brain damage. The exhaustion from sprinting is just as bad – a savannah is a dangerous place for any 60 kg animal without the strength to run.

The hunt: how do cheetahs use their speed?

Although the savannah is open, cheetah must catch their prey within 700-1000 meters. So they must still use stealth. Here’s what happens if you’re lucky enough to spot a predatory cheetah during a safari. 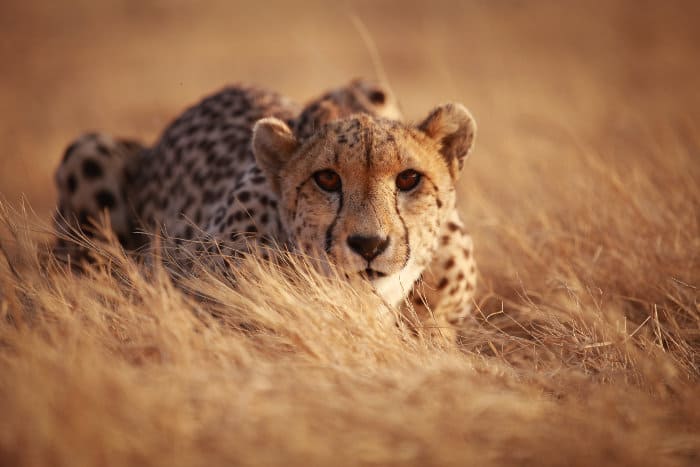 Dipping its neck with ruthless precision a cheetah disappears below the grass line. The camouflage is magnificent. Even from a safari truck you can hardly see the cat. It’s glimpsed fleetingly, perhaps a flicker of a tail is all you can see.

Up ahead a herd of impala graze. Sentinels open their ears, scanning for danger. You can sense the antelope are fearful, but nobody knows where the cheetah has gone. Scanning around you look again, noticing how the cheetah’s slender frame is very helpful when it needs to disappear.

Silence. Nothing is happening. You can’t find the cheetah and the impala are happily grazing. Then out of nowhere comes chaos. Dust rises. Hooves sound like a drum roll as the impala scatter.

Accelerating to full speed the cheetah runs, a blur of fur chasing a small impala. How do you outrun the world’s fastest animal? Zigzags. By changing direction the impala hopes to negate its speed disadvantage. But when watching a cheetah run you’ll appreciate just how well it can use its tail as a steering rudder. 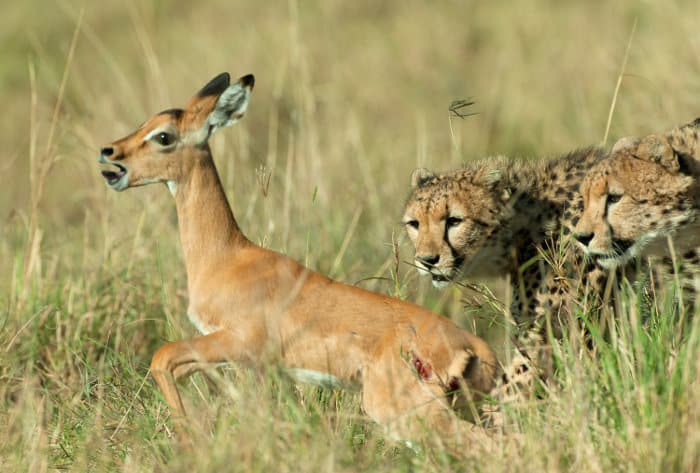 It’s unlikely you will ever see the kill up close. Once the cheetah runs your safari vehicle won’t be able to keep up. However, many safari goers experience the immediate aftermath of a hunt.

Lions and leopards typically pounce onto their prey from behind, biting at the neck. Cheetah don’t have that kind of strength. Plus, jumping on the back of anything at 120 kph is risky. So instead they trip their fast-moving prey.

Every attempt to trip up the impala will cost the cheetah vital fractions of a second. It will only have one or two chances to make this crucial move.

When the impala hits the ground the cheetah pounces. It’s a quick and efficient kill. Exhausted and probably elated, the hunter has its quarry. But it’s not over yet.

Cheetahs are unable to eat straight away – they’re just too worn out from the running. Unless they can hide their kill immediately, it becomes vulnerable to scavengers and bigger cats.

From a safari vehicle you might watch a cheetah carrying its prey into high grass. Or even the resonant sound of teeth cracking into bone.

Witnessing a cheetah running fast is a rare sight. It’s more likely you will encounter cheetah when they are resting. You can hear them purring and chirping, just one of many beautiful moments when you’re on an African safari.

Cheetahs vs leopards: how to easily tell them apart 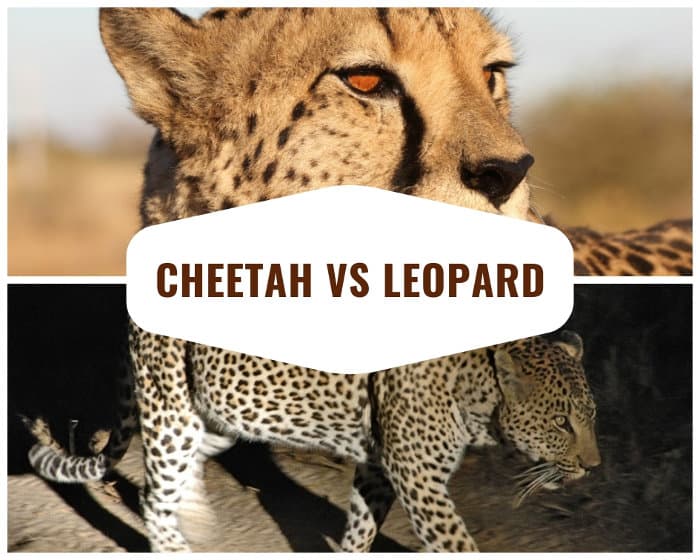 If you’ve never been on an African safari it’s easy to mistake leopards and cheetahs. Even on a safari this can be difficult, because it’s extremely rare to ever see these two animals side by side.

Both these predators are secretive cats who will avoid confrontation. Leopards are more commonly found residing in trees, cheetahs are usually seen in the grass.

Who puts the world’s fastest animal in a cage?

It’s terrible to take any animal captive and force them to live inside a cage. But the fastest animal of all? Cheetahs need space to run so it makes no sense to have them at a zoo.

These animals are born to run and have evolved exactly for that purpose. Unfortunately, in the not too distant future it may only be possible to view cheetahs in zoos.

This remarkable animal has lost 91% of its historical range. Less than 7000 of them remain in the wild and that number is plummeting at a terrible rate.

Cheetahs are now critically endangered, partially due to their speed 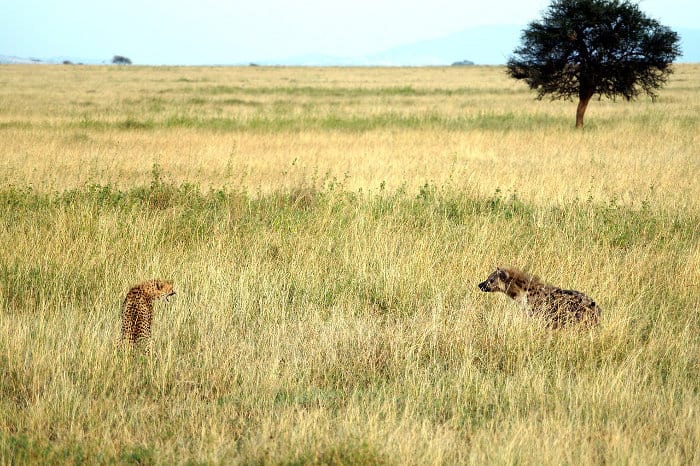 Cheetah are the most specialized and evolved of all the big cats. Unfortunately, this has left them highly susceptible to habitat loss and habitat fragmentation.

This species could be an example of over-specialization. By making such extreme adaptions for a sole purpose (speed), cheetah no longer have the diverse skills necessary to thrive in a changing environment.

Wide open spaces are disappearing and other cats can adapt to these changes. For example, if a lion is forced into the forest it will still be an efficient hunter. But if cheetahs can’t use their speed they don’t have the strength or guile to hunt in alien conditions.

Less wilderness also means increased competition. More predators are found in close proximity and cheetah are unable to defend themselves, so they are forced into the outer reaches of a wilderness of a protected area.

Where to see cheetah in the wild? 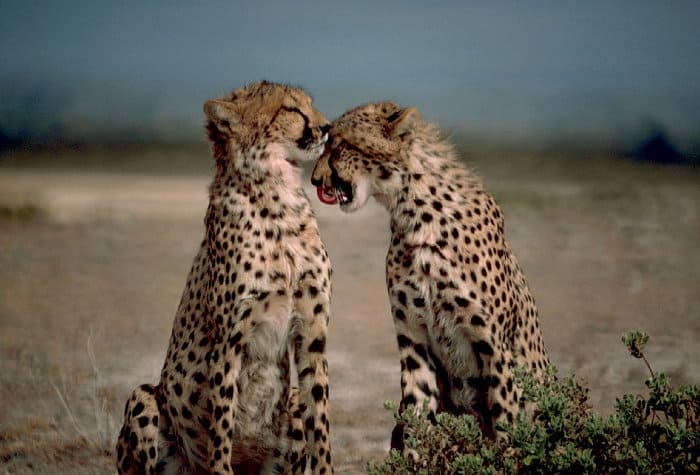 Safari destinations with wide open plains are best. The Serengeti and Masai Mara are obvious examples, although both Tanzania and Kenya have solid cheetah populations.

These sprinting cats are harder to encounter in Southern Africa. Zambia’s Liuwa Plain National Park and Botswana’s Central Kalahari or Okavango Delta should give you a good chance.

Less than 7000 is a harrowing figure so you should get to Africa quickly, while these incredible animals still remain in the wild. 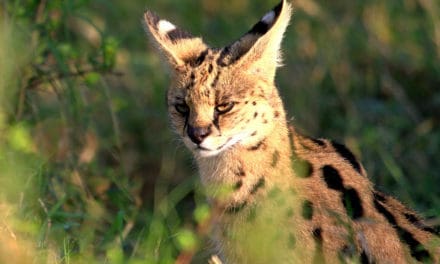 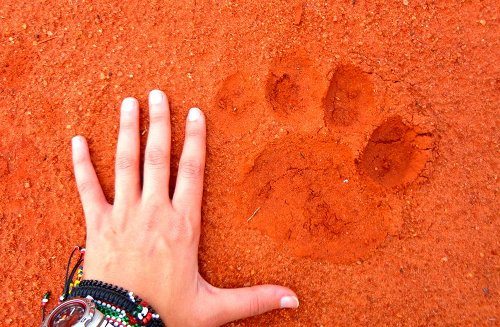 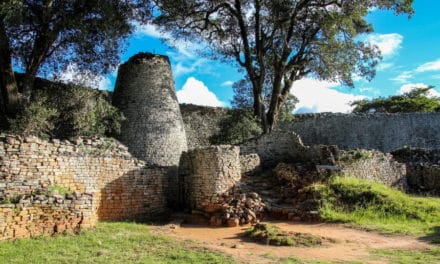 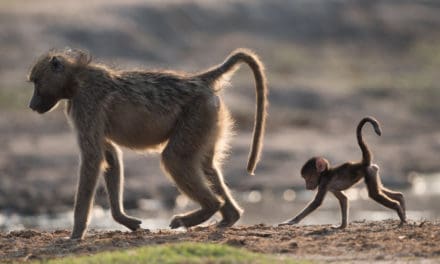