Zimbabwe is a gorgeous safari destination. It also isn’t nearly as busy as other African countries like Botswana or Zambia. Zimbabwe’s charm lies in its authenticity and natural splendor. Mana Pools National Park is no exception to this.

This reserve has a rich biodiversity. Better yet, it’s one of the least developed national parks in Africa. This makes it the ideal place for anyone looking to discover a wild and unspoiled side of the continent.

This naturalness doesn’t mean that Mana Pools lacks world-class safari accommodation. On the contrary, it has outstanding bush camps and luxury lodges available that cater to all travel needs and budgets.

A fantastic aspect of Mana Pools is that you can have a unique safari experience. This Zimbabwean national park offers guided open-aired safari tours. Even better, it offers kayaking and walking safaris as well!

This safari destination in Zimbabwe is bound to make you fall in love with Africa. Keep reading to learn all about the hidden gem that is Mana Pools National Park.

Where is Mana Pools National Park in Zimbabwe? 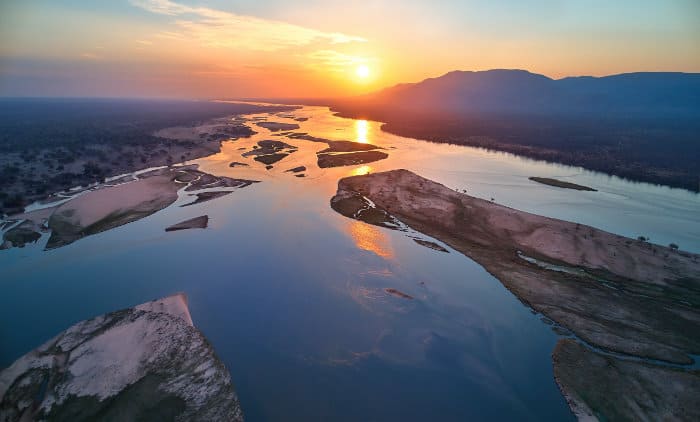 It extends from the Zambezi River (which makes up part of Zimbabwe’s northern border) to the Zambezi escarpment in the south.

Mana Pools is a former channel of the Zambezi River, which has changed its course over several years.

There were once four oxbow lakes – Mana/Main, Chine, Chisambuk, and Long – which formed when the river flowed a different route. The name ‘Mana’ means ‘four’ in Shona which is how it got the name Mana Pools.

This Zim National Park as well as eight other conservation areas forms part of an enormous 1.7 million hectares of remote, protected land.

It’s also one of the least developed reserves in Africa. This makes it a prime destination for those wanting to experience Africa in its most natural form.

This ecosystem, consisting of thick vegetation and abundant wildlife, relies on the Zambezi River and other perennial water sources.

Vegetation in the park 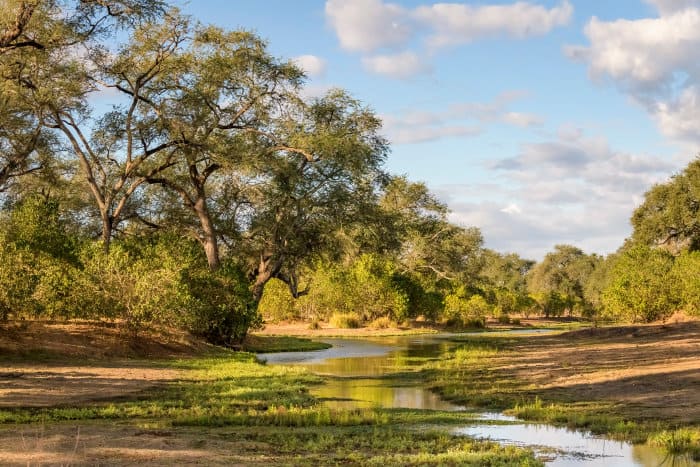 Along the river’s edge and throughout most of the reserve, African trees such as baobab, ebony, and mopane provide shade for the wildlife.

In some areas, this vegetation sits in dense patches, creating an impenetrable fortress that game takes refuge in. Elsewhere, the undergrowth is more sparse. These open expanses are ideal for walking safaris.

Towards the interior of the reserve, the Chitake Springs provide a permanent source of water. This is particularly vital during the dry seasons when the river system dries up.

What wildlife can one spot in Mana Pools? 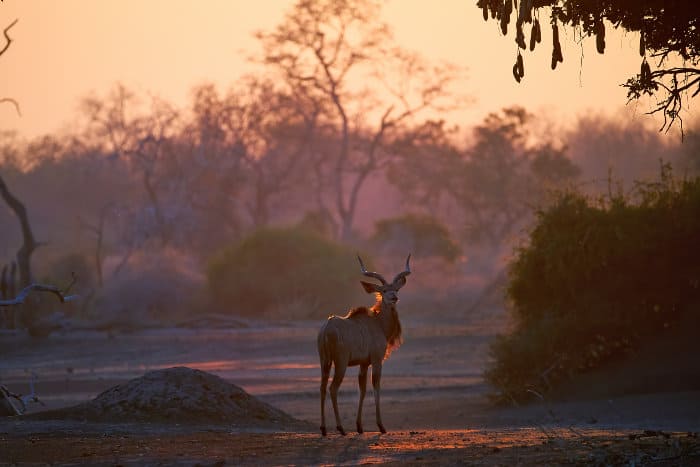 The game viewing at Mana Pools in Zimbabwe is incredible, especially in the dry season (May to October). During this time, the flooded valley floor will have receded. And wildlife flocks to the reserve’s water sources.

During this time, elephants are abundant, which has contributed to Mana Pools’ fame.

The bountiful food and water attracts many herbivores such as zebra, kudu, eland, impala, and buffalo. Other, less commonly spotted animals include wildebeest and various species of antelope.

With so many herbivores in the area, safari-goers are lucky enough to spot various carnivores too.

Mana Pools is home to several prides of lions who are often spotted by safari enthusiasts. Other carnivores in the reserve include the spotted hyena, leopard, and cheetah, as well as the endangered African wild dog. However, these four carnivores tend to be shyer and more difficult to spot. 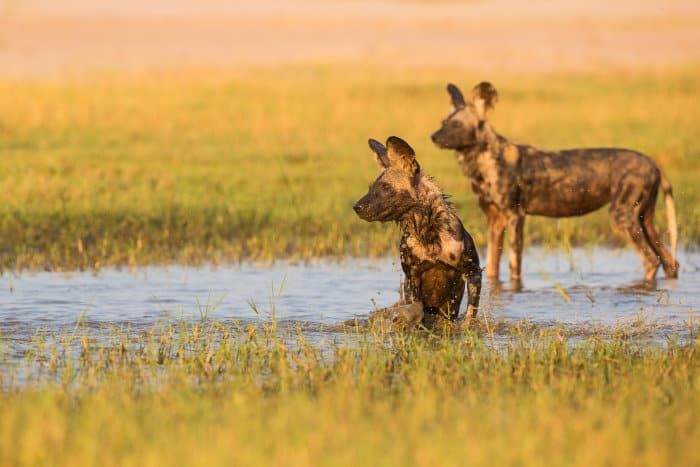 This conservation area is also renowned for its large concentration of hippopotamus and crocodiles. There are higher numbers of these animals here than anywhere else in Zimbabwe!

Unfortunately, tourists will not find giraffes or rhinos here. This is because giraffes have never lived in the area, whilst poachers took out the remaining rhino population by the late 90s.

Mana Pools National Park is not only teaming with larger wildlife but also over 450 recorded species of birds. The thick vegetation, ample food, and precious water attract both resident and migratory birds.

Along the river, safari-goers frequently spot African fish eagles, kingfishers, cormorants, and herons as well as other bird species. Away from the river, birders can search for Nyasa lovebird, yellow-spotted nicator, and western banded snake eagle.

The best time of year for birding is just after the rainy season – April. During this time, migratory birds stop at this haven and take advantage of its resources.

Mana Pools National Park is all about experiencing the African bush in its most authentic, rugged form. So, prepare yourself; you’ll often feel as if you’re a little too close for comfort on these safaris and tours.

Where to Stay in Mana Pools National Park 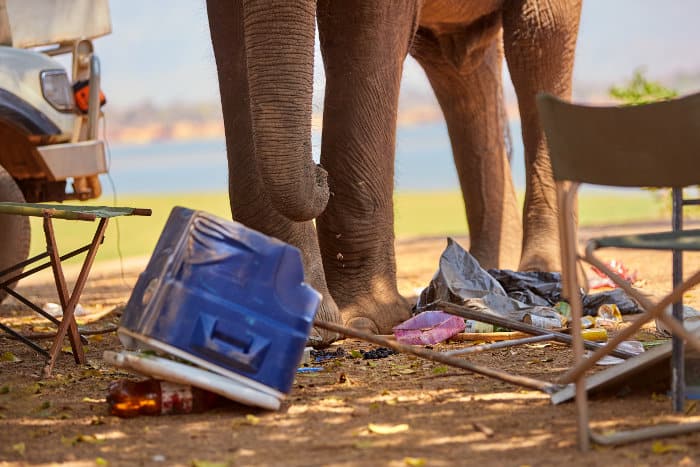 As unspoiled and remote as this reserve is, it’s not lacking in gorgeous accommodation options.

Whether you’re looking for a rustic, budget-friendly place or a little more luxury and sophistication, these bush camps have everything you need for an incredible safari experience.

The camps are generally smaller and more intimate and they are often only open from April to November. So be sure to book your accommodation in advance!

Here are some of the top safari accommodation options available in Mana Pools.

When Should You Visit Mana Pools?

The best time to visit this Zim National Park is during the dry season. This lasts from May through to October, which is the winter period in Southern Africa. So prepare for gorgeous sunny days and chilly nights.

During these months, you will have the best chance of seeing wildlife. This is because the vegetation will be dried out, making it easier to spot animals.

These months are also when the flooded plains dry up, leaving permanent waterholes and springs as the only sources of water – which the game flocks to.

April and November are transitional months. During this time, the rain will have stopped and the water of the flooded plains will begin to recede. You will still have a relatively good chance of spotting wildlife as they start to move from the dry escarpment back towards the river.

April is one of the best months for birding in the area.

December through to March is the rainy season. The rains and flooding mean that the bush camps will be closed and it is nearly impossible to get around the park. 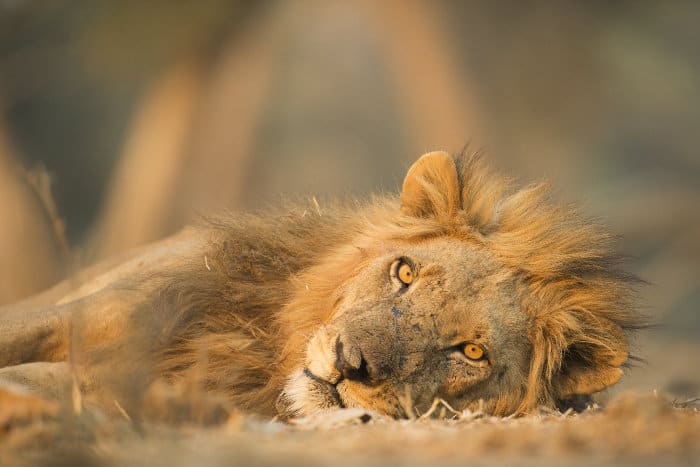 Before you set your sights on traveling to Mana Pools, consider the following advice:

Got Your Heart Set on Mana Pools National Park?

It’s hard not to wonder how a hidden gem like Mana Pools hasn’t become a popular safari destination.

The untouched wilderness and abundance of wildlife make this reserve a top safari destination waiting to be explored.

Thinking of heading to this Zimbabwe National Park on your next trip? Well, make sure you plan your safari excursion so you can make the most of your time in Mana Pools National Park. 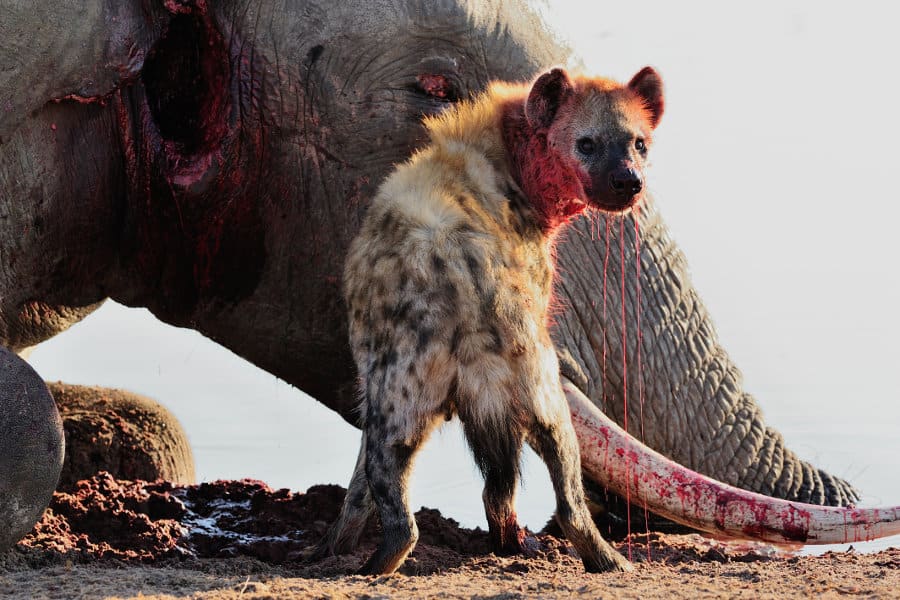 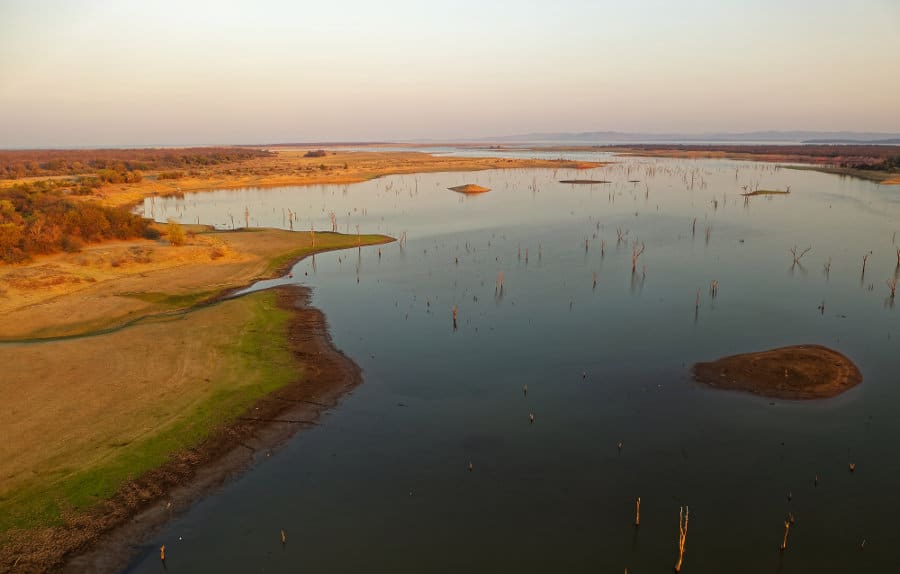