Anyone that’s an avid crossword puzzle player knows that animal clues pop up more times than not. And while clues like “household pet” are easy to answer, some are harder than others. Even great crossword puzzle whizzes may struggle to solve “African antelope” crossword clues.

Why? Because there are over a dozen species of African antelopes that can be the answer. These potential answers vary in length. Luckily, this post has gathered all the most common solutions to the African antelope clue into one place. There are also little anecdotes and facts you’re sure to find interesting!

Read on further to get clued up on African antelope crossword clue answers.

What is an African Antelope? 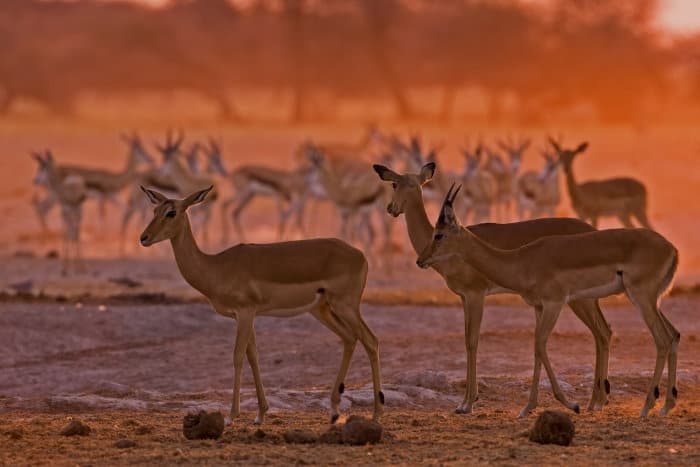 For solving this crossword clue, knowing what an antelope is may not be necessary but learning has never hurt anyone! Antelopes are mammals commonly found in the wild in Africa and parts of Europe and Asia.

While there are several species, almost all African antelopes are identifiable by their horns which often have unique patterns. They come in different sizes, some are small, medium-sized and others are as big as cows. Their size is largely dependent on their environmental habitat.

You can see most of these species while on a game drive at several African safaris.

Note: All male antelopes have horns and most females don’t.

If your clue has three slots, then you’re in luck because there are only two possible answers. These are the available three-letter answers for the clue. 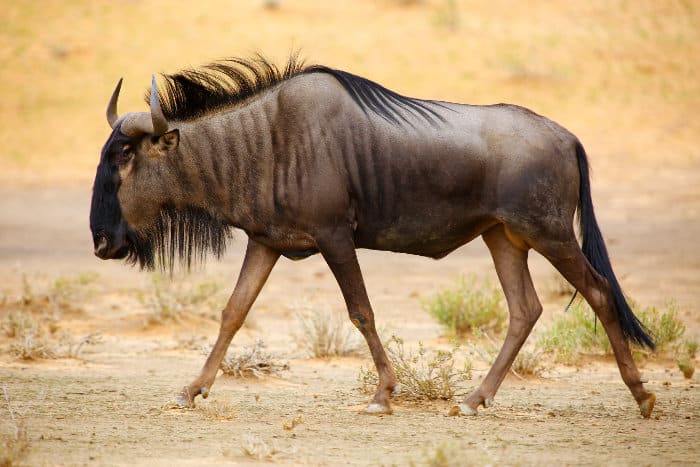 Gnus are large African antelopes known for having horns similar to oxen and a long tufted tail. They are commonly referred to as “wildebeests” (translates to ‘wild beast’) and are famous for the spectacle that is the wildebeest migration. You’ll find them typically roaming in eastern and southern Africa.

Kobs are smaller antelopes mostly found across Central Africa and parts of East and West Africa. They closely resemble the impala antelope but have a heavier, stocky build and strong legs.

Kobs frequent floodplains and jump exceptionally high thanks to their legs – which also come in handy when fleeing from various predators.

If you see four slots in your puzzle, there are many choices to choose from. The following antelopes all have four-letter names. 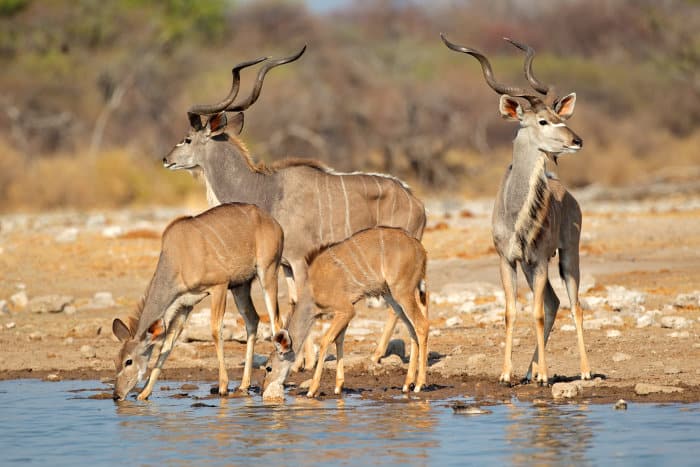 Kudus are one of the most well-known antelopes in the world. The greater kudu and lesser kudu are prominent subspecies. They both are spiral-horned, with stripes and spots on their bodies and white v-shaped hair between their eyes.

Sunis are small African antelopes that look like Bambi, albeit they have small, upright horns and are shy. They are also rarely seen because they mainly inhabit forests and roam around during the evening to avoid predators.

Sunis are the skunks of the antelope world due to their awful stench. They also use the stench to mark their territory and assert dominance. 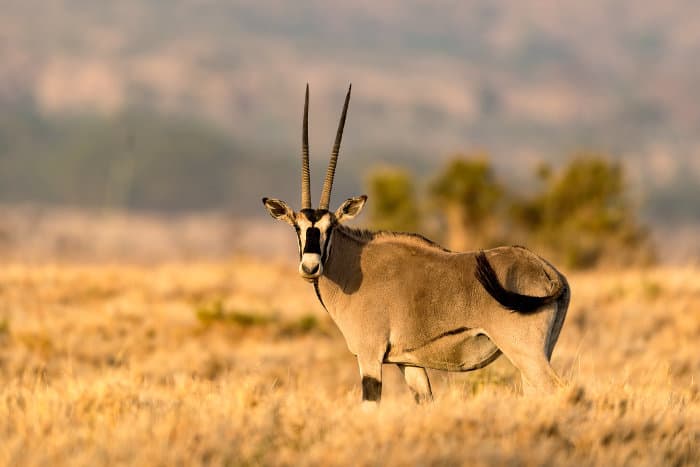 An oryx is a big African antelope with long, straight, and upright horns. There are four subspecies that roam arid deserts around Africa and the Middle East. Oryxes are muscular with short thick necks. On their faces sits a pattern of black markings that contrasts beautifully with white fur.

Pukus are medium-sized antelopes that are closely related to the common waterbuck. Their horns have a coil pattern and are slightly curved upwards at the top. They love being in proximity to floodplains and mainly inhabit Central Africa. 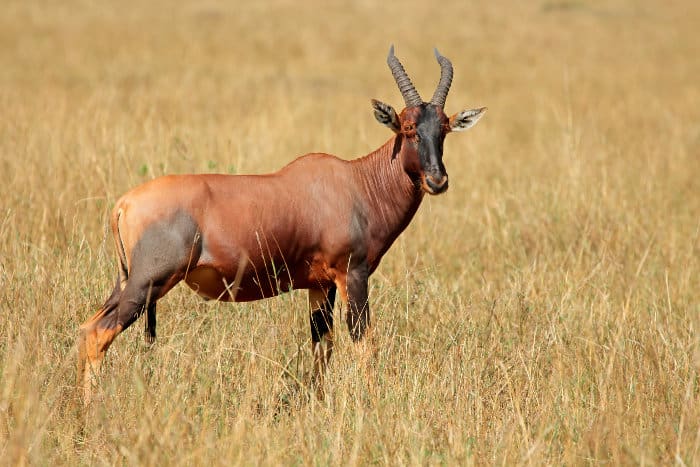 Topi are medium-sized antelopes that are sleek and lean. They have distinct black patches appearing on their faces, hips, thighs, and upper forelegs. Their horns have coil patterns and an inwards curve.

They are adept at avoiding various African predators thanks to their fantastic sight, hearing, and speed. They typically inhabit eastern Africa and parts of southern Africa, where they go by the name “sassaby” or “tsessebe.”

Five slots in your puzzle? There’s a handful of answers for that too! These are the most common antelopes with five letters in their names. 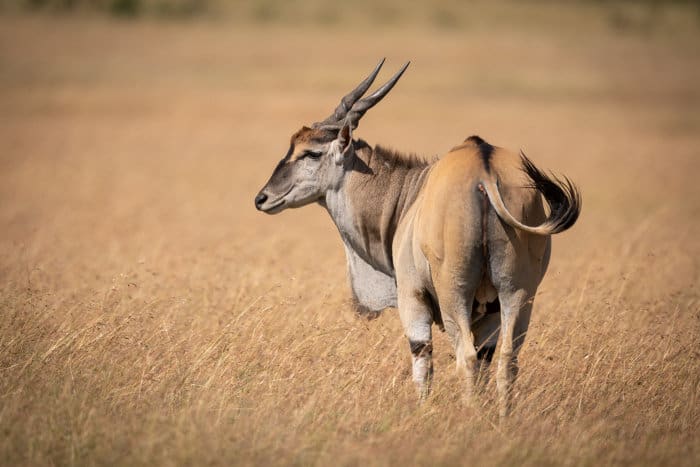 Elands hold the record for the largest antelopes in the world. They look like cows and have horns that spiral tightly. They also have small lines around their upper body with a straight black stripe in the middle of their faces. Despite their size, they can jump as high as 3 meters!

Nyalas are slender, medium-sized, and spiral-horned antelopes. They’re some of the antelopes with extreme differences in gender.

Males have horns and sport white vertical lines and dots on brown fur. Females and younger nyalas sport the same lines and dots, although their coat is chestnut colored. 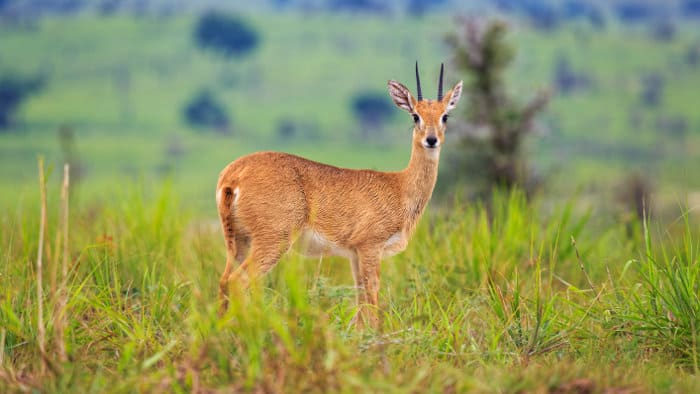 Oribis are small antelopes with small, straight horns, a slender and long neck, and a short, bushy tail. They are common in eastern, western, and southern Africa. They love inhabiting floodplains, grasslands, and open plains.

If this clue has six or more slots to fill in, you’re spoiled for choice too. These are the longer variations you can use to answer that clue. 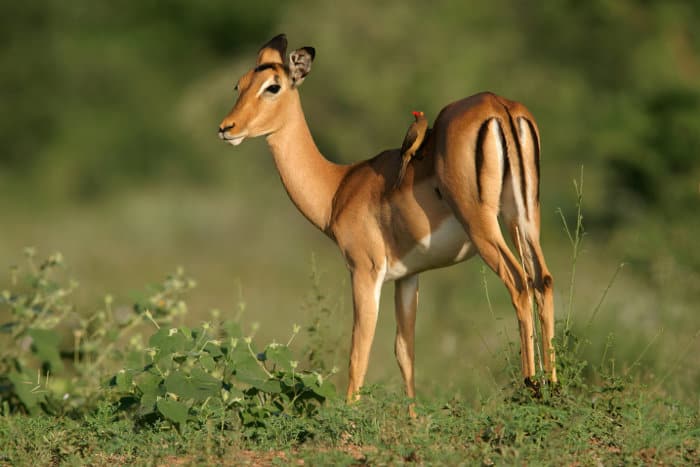 Impala antelopes got the nickname “McDonald’s of the bush” due to being the most common prey for predators. Impalas are medium-sized, slender, and agile antelopes with heightened senses and speed that help them avoid (or try to avoid) carnivores.

They have lyre-shaped and ringed horns and a white belly underpart with black patches on their lower hind legs. They are present across Africa but are most common in South Africa.

Rheboks, also known as rhebucks, are medium-sized antelopes that are slender and have long necks. They have upright, straight horns with a ringed base. They are brownish-grey in color and mainly inhabit bush velds with rocks nearby. The antelope primarily inhabits South Africa.

Fun fact: the Reebok brand used the animal as an inspiration for its name! 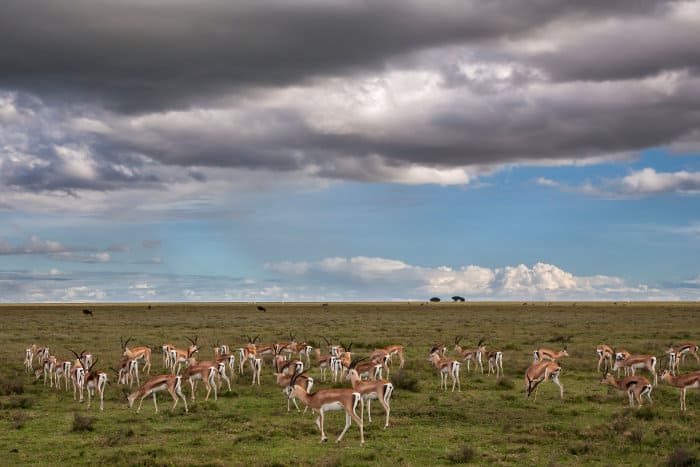 Gazelles are several antelope species in the genus “Gazella”. It’s a standard answer that acts as an umbrella term and includes species such as Thomson’s gazelle, Grant’s gazelle, springbok and gerenuk.

You should now know enough to answer the African antelope crossword clues swiftly. Whether it be the three-letter gnu, four-letter topi, or six-letter impala, you have a variety of choices to pick from.

If knowing these animals on paper isn’t enough for you, book an exciting safari deal to see them up close and personal!