Africa has more antelope than any other continent. Many people come on safari wanting to see antelope. But once on safari they realise that it’s not antelope, it’s kudu, eland, gemsbok, waterbuck, nyala, impala, springbok…wow the list goes on. Each has its own specialism and preferred habitat.

Gerenuk have giraffe-like necks to feed from branches others can’t reach.

Most of Africa’s most elegant antelope species prefer safety in numbers, but where and how they graze is different.

So if you don’t know a kudu from a gerenuk then this article is for you. It shows you some of the fabulous antelope that can be spotted on an African safari.

Antelope aren’t just unique. They are also abundant. If you’re coming on safari it’s rare to encounter two springbok; it’s more likely to encounter vast herds, with too many antelope to count!

The kudu is the world’s third largest antelope species (behind the eland and bongo), reaching up to 1,6 m at shoulder height and weighing as much as 315 kg for the biggest bulls (190-270 kg is more common). It is by far one of the antelopes I admire the most, and is always a delight to watch in the wild.

These rather shy browsers are found in well-bushed regions and hills, and can remain motionless for long periods of time when feeling threatened. Kudu bulls have highly recognizable long, spiral horns (as portrayed above). As with most antelope species, females are hornless and relatively smaller in size. 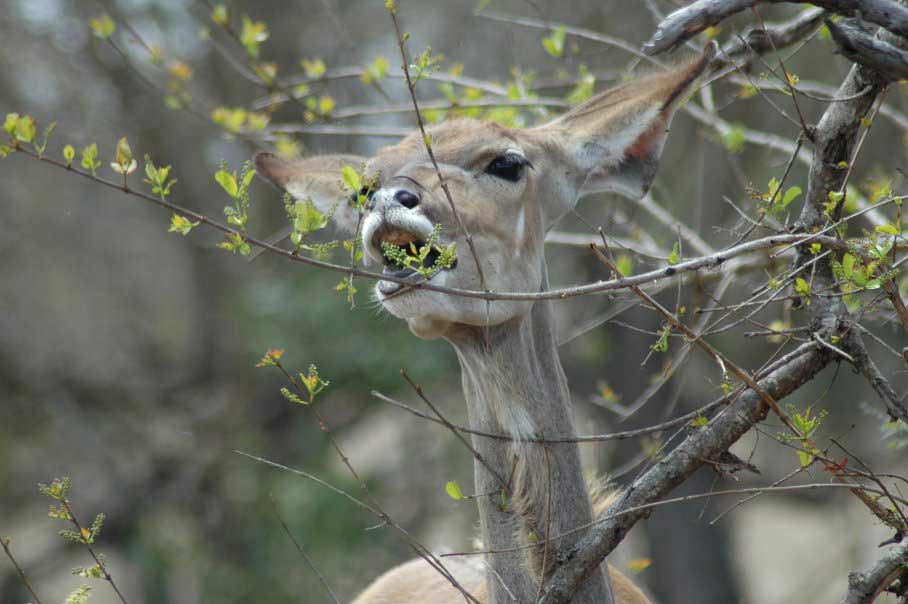 One way to differentiate the two (other than sizewise), is to observe the number of white stripes on the side of the body. While the lesser kudu can have up to 14 stripes, the greater kudu barely has 6 or 7.

Have you ever checked the animal’s ears? They are unmistakably large. It’s very funny to watch when they hear intriguing sounds. 🙂

Kudus have impeccable hearing and sense of smell.

The sable is also one of the largest antelope species found in Africa. Both sexes have imposing razor-sharp horns and magnificent black and white markings on the head. Males however are usually darker, whereas females and youngsters have a paler chestnut colour. 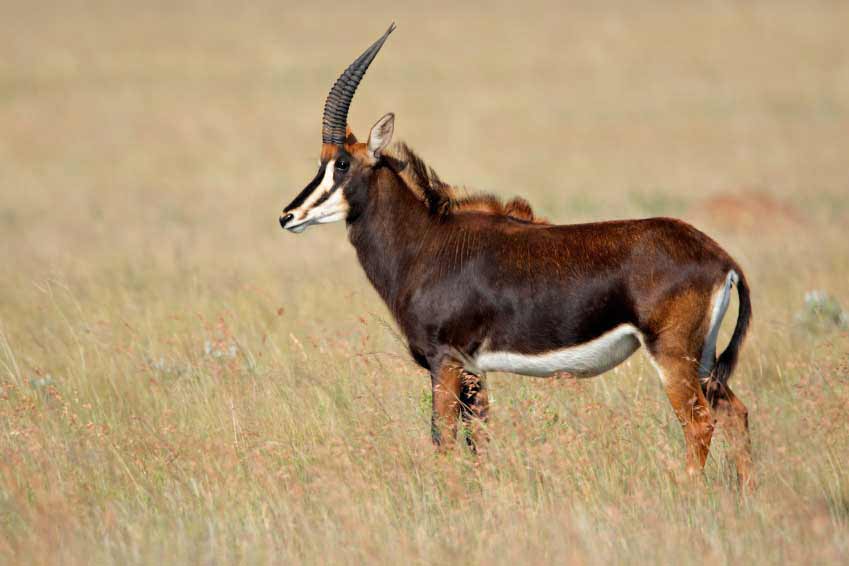 Love these animals, yet they are seldom seen. I’ve only encountered them a few times so far, in places like Ruaha National Park (Tanzania) and Kafue in Zambia.

Did you know that sable antelope horns could measure up to 154 cm in length? Impressive, huh? 😉

Yet another handsome, striking antelope that inhabits dense bush and riverine areas covered in vegetation. The nyala is relatively similar to the kudu, and females are often confused with the bushbuck. Males are conspicuously different from females both in terms of coat (dark and shaggy), and horns (females don’t have any). 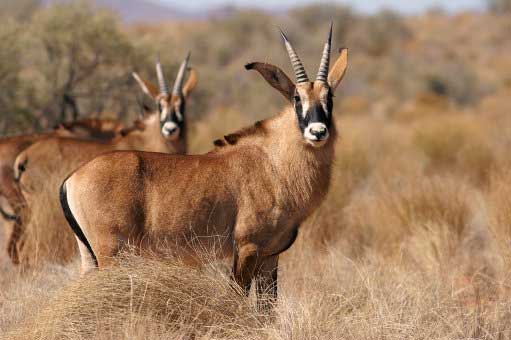 Posing for the perfect shot.

The roan is the fourth-largest antelope species in Africa. Not to be confused with the sable; it is lighter in colour, has shorter horns with long tasseled ears and a clown mask. Absolutely stunning creature.

The impala is the most common African antelope out of them all. Known as the “McDonald’s” of the bush for its black and white “M-shaped” markings on the bum, it is the only animal you simply can’t miss on safari. 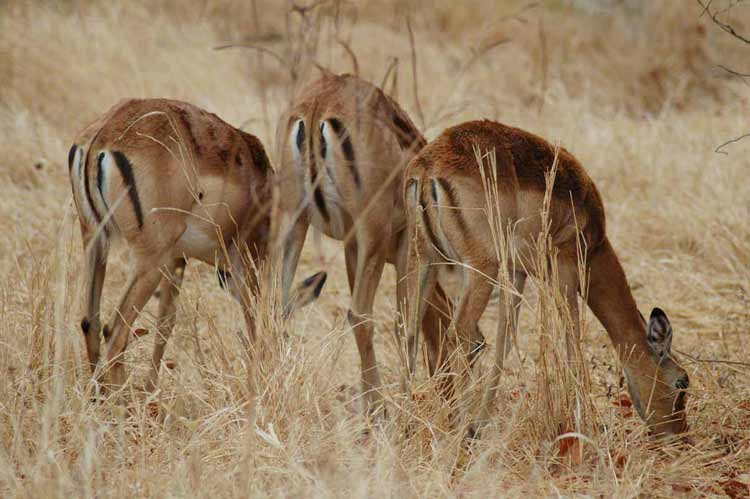 And the “Emmy Award” for most precious bum goes to…?

Impalas have acute hearing and are known for their loud uttered snorts capable of frightening elephants. They are extremely agile fellows and excellent jumpers.

The impala antelope is preyed upon by most big predators: lion, leopard, cheetah, wild dog, etc. In my opinion it is the most gracile animal of the African savanna.

NB: The black tufts above the hooves on the hind legs conceal scent glands, which they use to attract a mate. 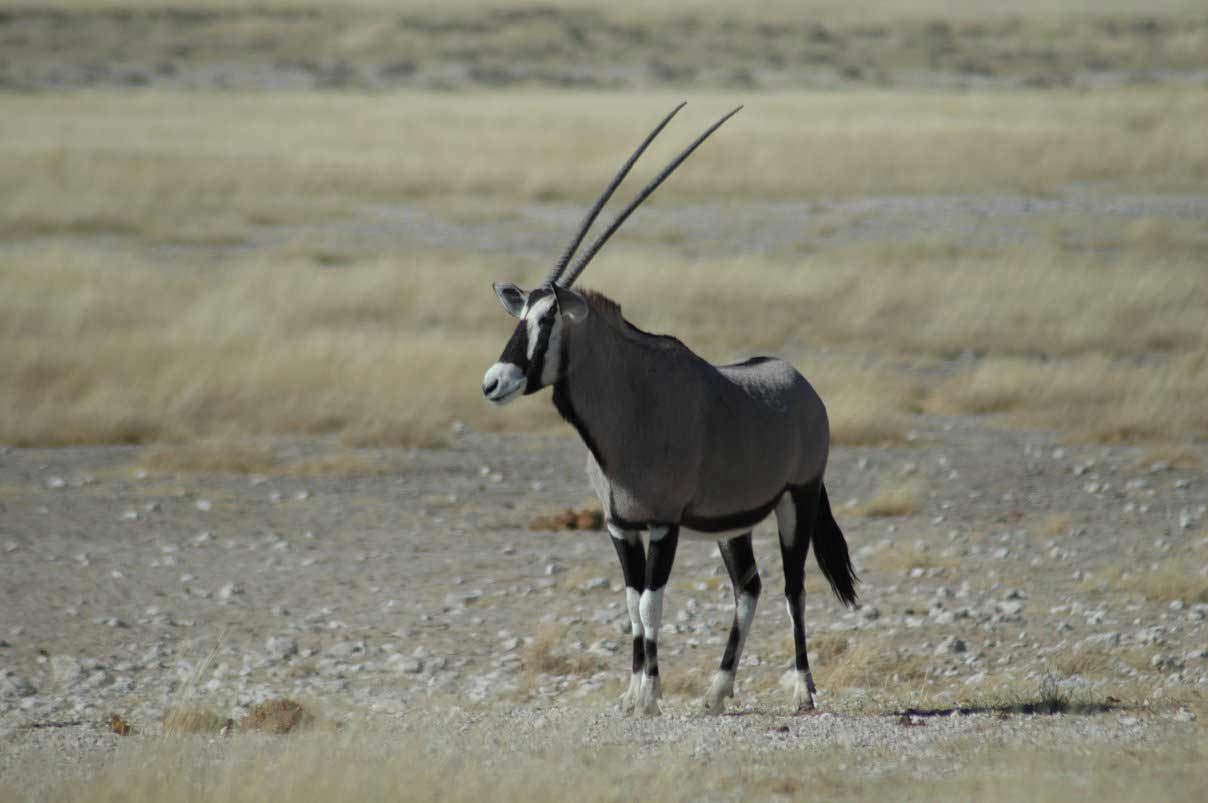 The gemsbok has been known to impale lions on its pointed horns: ouch!

When one first thinks of the gemsbok, also known as the oryx, it is usually associated with sand dunes and desert regions. Rightfully so. It is often referred to as “the spirit of the desert embodied in an antelope”.

Although arid habitat is typically where the animal is found, the gemsbok can also occasionally be encountered in savanna and mopane woodland. If you’re a fan of these breathtaking antelopes you are more likely to see them in Kenya’s Tsavo National Park, or the well-known Etosha Pans of Namibia.

A robust, somewhat “overweight” animal found in small herds and dominated by a bull. As its name implies, waterbucks love water though they will often venture some distance away from it to feed.

Two subspecies co-exist: The Common Waterbuck with a distinctive white ring on its rear (see below), and the Defassa Waterbuck that has a white rump patch. 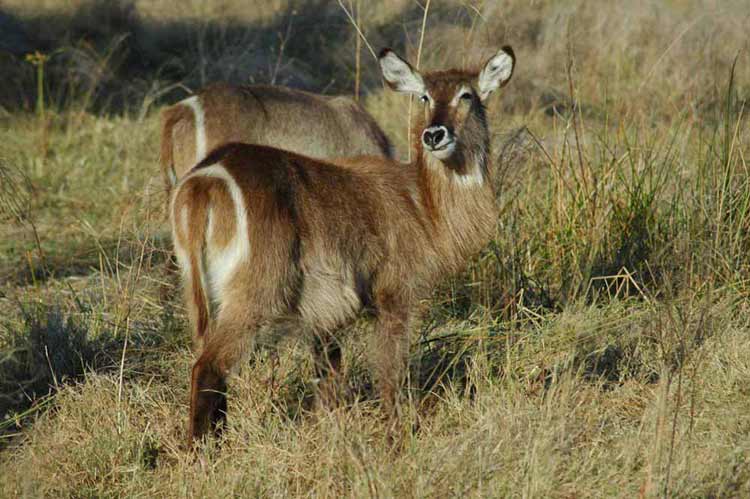 Aim at the target… with your camera of course.

Did you know (just for fun)?

Do you know why common waterbucks have an elliptical ring around the rump? Read on…

When Noah built his Ark, the vessel’s toilet seats were painted in white. Unfortunately, the waterbuck had drunk too much water and couldn’t resist the loo even though the toilet seats weren’t dry yet.

“Springs” in the air with a pronking action. The springbok is the only gazelle found beneath the Zambezi river. It has very good eyesight and is highly gregarious. It is also the symbol of South Africa’s rugby team: the “bokke”!

A slender mix between an impala and a giraffe, which also happens to eat acacia leaves. The gerenuk is considered as a browser and inhabits areas of dry bush and scrub.

Attractive medium-sized antelope found mostly around rivers, forests and dense bush areas. The bushbuck is mainly nocturnal but can sometimes be observed early in the morning or on late afternoon game drives. Interestingly enough, it varies from light to dark brown in colour depending on the region in which it lives.

What Is Your Favourite Antelope?

There are another dozen antelope species across Africa, although some really aren’t that elegant at all! Visit Africa on safari and you’ll realise that these ten are just the start.

So what’s your favourite? And when will you go searching for it in wild Africa? 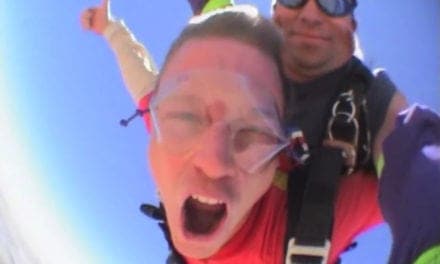 Top “spots” for the African leopard

How to “spot” leopards of the Serengeti